If You Are Going To Like “No Time To Die,” Then Try…

Cinephiles are having a tough go of it right now. Between the numerous theaters that have closed down and the many, much-anticipated blockbusters that have been delayed indefinitely, there’s a void where the theater going experience used to be. Thankfully, streaming services have given us numerous options to fill that void. For every week that would have seen a given blockbuster release, I will be recommending similar films that can help tide you over in the meantime.

No Time to Die was slated to be released on April 10 before it was moved to November of this year. To fill the disappointment left by that film’s absence, here are a number of films handily available on the listed streaming services!

License to Kill: Timothy Dalton’s tenure as James Bond is one of the more underrated takes on the character. In bringing his Shakespearean training to the role, Dalton’s Bond was a much closer interpretation to the more violent blunt instrument in the Ian Fleming novels. Nowhere was this better seen than in the film License to Kill. Easily one of the more controversial Bond films at the time of its release, some contemporary reviews have been more positive, praising both Dalton’s performance and the gritty tone. If you’re searching for something to satisfy your need for a gritty James Bond, there are few better places to start than here. (Amazon Prime/Hulu)

Logan Lucky: Daniel Craig received much praise for his performance as the charismatic sleuth Benoit Blanc in Knives Out, but it was not his first go at playing a Southern gentleman. That would be his turn as Joe Bang in Steven Soderbergh’s criminally underseen heist movie, Logan Lucky. Soderbergh’s film tells the story of the Logan Brothers, Jimmy and Clyde (Channing Tatum and Adam Driver), and their plan to rob the Charlotte Motor Speedway after Jimmy is laid off from his construction job. Much like Soderbergh’s Ocean movies, Logan Lucky is most concerned with providing rollicking entertainment in its dialogue, performances, and harebrained heist sequences. In providing joy for an audience, it has that in the spades. (Amazon Prime/Kanopy) 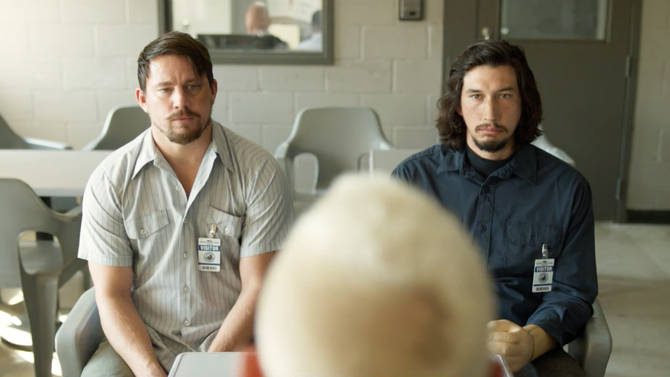 The Man from U.N.C.L.E.: For those who feel that the Daniel Craig Bond films are too gritty or serious, Guy Ritchie’s The Man from U.N.C.L.E. provided a stylish and colorful ‘60s-era alternative. Featuring two very charismatic performances from Henry Cavill and Armie Hammer as the debonair Napoleon Solo and the straitlaced Ilya Kuryakin, The Man from U.N.C.L.E. is a proudly breezy spy movie with witty banter, clever action sequences, and absolutely beautiful costumes. It’s the closest one can get to the spy movie equivalent of a vacation. (TNT/DirectTV)

The Americans: What makes The Americans one of the best television series of the past decade is right there in its ironic title. The 1980s-set series doesn’t focus on Americans. Rather, it focuses on Elizabeth and Philip Jennings, a pair of Russian spies posing as Americans in suburban Washington, D.C. While The Americans is more than happy to engage in the standard trappings of spy fiction (assassinations, disguises, and seduction), it also doubles as an intense psychological drama, where its brilliance truly shines. Philip and Elizabeth Jennings are loyal Russian spies… who nevertheless want their children to grow up in the security of the United States. Stan Beeman is a dedicated FBI agent… who, after going undercover in a white supremacist organization, begins wondering if this job is worth the traumatic toll it takes on him. When it comes to the Cold War, The Americans isn’t interested in taking a side with the United States or the Soviet Union. Instead, it brilliantly examines what effect taking a side has on a person’s mind. (Amazon Prime/Hulu) 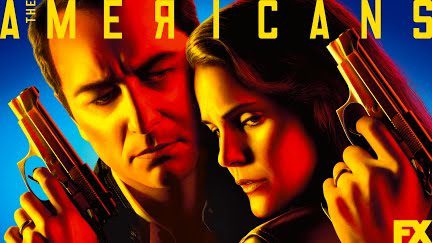 Killing Eve: Daniel Craig brought Phoebe Waller-Bridge to polish the screenplay of No Time to Die because, as he put it, “she’s a great fucking writer.” Her work on Killing Eve is all we need to see he’s right. This can first be seen in Killing Eve’s protagonist, Eve Polastri. We all know someone like Eve, someone who carries a morbid fascination with cults, serial killers, or the like. In Eve’s case, it’s female assassins. In her job at Britain’s espionage agency, MI5, she has more than enough material to keep herself interested. And it’s this fascination with female assassins that first puts her on the trail of Villanelle, a psychopathic killer who is one of TV’s most fascinating TV villains. The ensuing relationship between the two characters, which grows into a mutual obsession, is one that has been seen in many a great TV series, including Bryan Fuller’s Hannibal. And much like Hannibal, Killing Eve is at once gleefully bloody and darkly humorous. But in making the two main characters women, Waller-Bridge is able to mine their emotionally complex relationship for all its worth. (Hulu)

Mr. Robot: Rami Malek’s first film role after winning an Oscar was a Bond villain. It’ll unfortunately be some time to see what Malek does in No Time to Die, but in the meantime, we have his portrayal of the sad-eyed hacker Elliot Alderson to tide us over. Mr. Robot tells the story of Elliot and his growing dissatisfaction with society. He works a dead end job in cyber security contracting, his firm is working for a company he nicknamed Evil Corp, he has intense social anxiety and few friends, and the only thrill he gets is the occasional bout of hacker vigilante justice. That all changes when he meets Mr. Robot, the leader of a hacker collective known, appropriately enough, as “Fsociety.” They need someone to take down “Evil Corp,” and they think Elliot is their man. What follows is a story that is at once cinematic in scope, yet only possible in the television medium. By blending together parts of Fight Club, The Girl with the Dragon Tattoo, and The Matrix, showrunner Sam Esmail creates a series that at once proudly wears its influences on its sleeve, and is also wholly unique. There truly is nothing else like it. (Amazon Prime)

movies no time to die now then
Add your voice!Join the conversation on Discord...
Join Our Discord