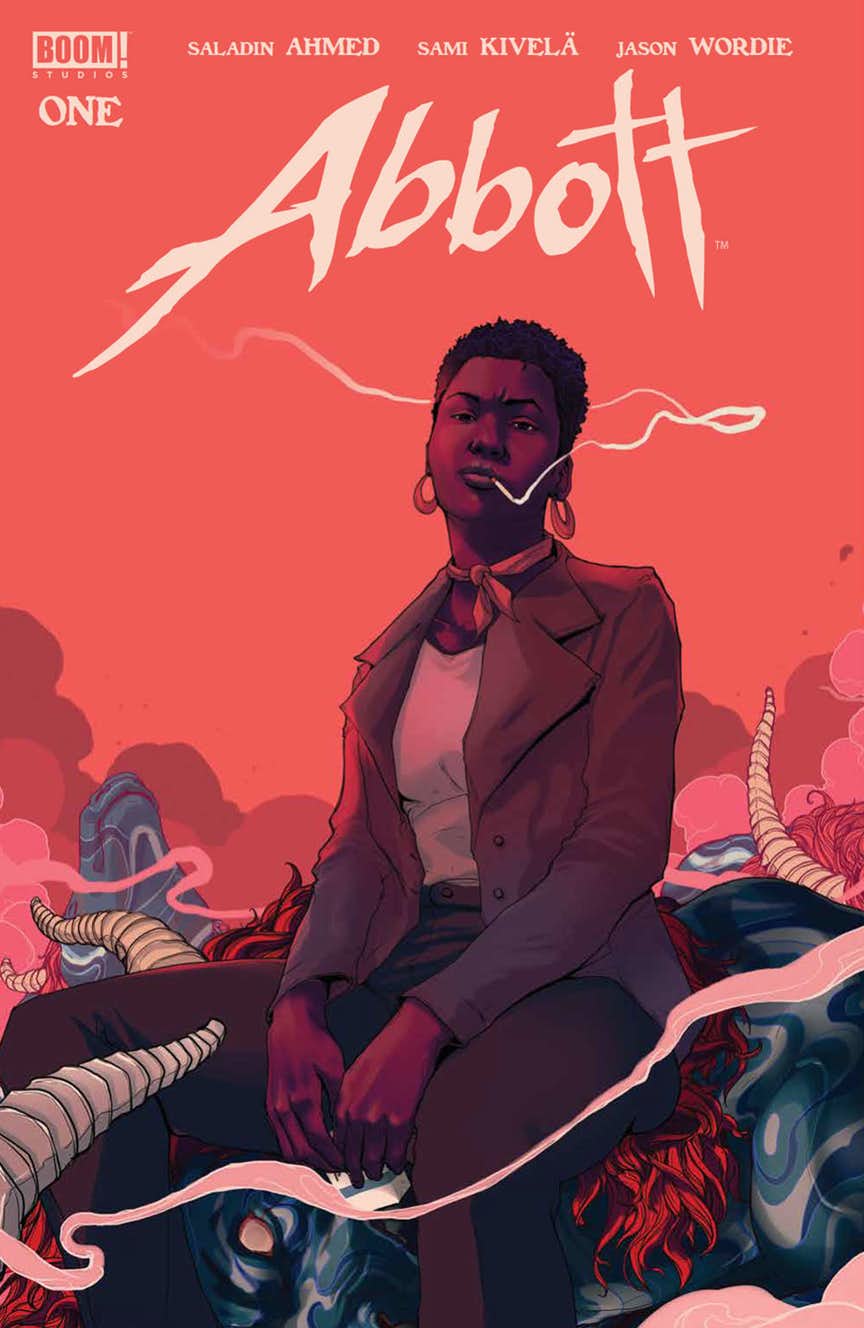 I’m always excited when I get a chance to check out a brand new series. Abbott is one that I wasn’t aware of coming out and didn’t even really know the premise of this new comic. I say the best feeling you can have when you start something completely new is how quickly you begin to get attached to the main character of the story and that’s exactly what happened with me while reading Abbott #1. It’s set in the early 70’s in Detroit, Michigan and Abbott is an African-American female reporter. So you can already get an idea of the kind of challenges Abbott has to face during these times. Even though she has many enemies just because of whom she is, she still has plenty of support from other workers in her field along with her boss. More importantly, Abbott is someone that doesn’t take anyone’s crap without fighting back.

I love how passive aggressive she is to other reporters when she is introduced in the beginning of the issue. She’s not afraid to call out anyone 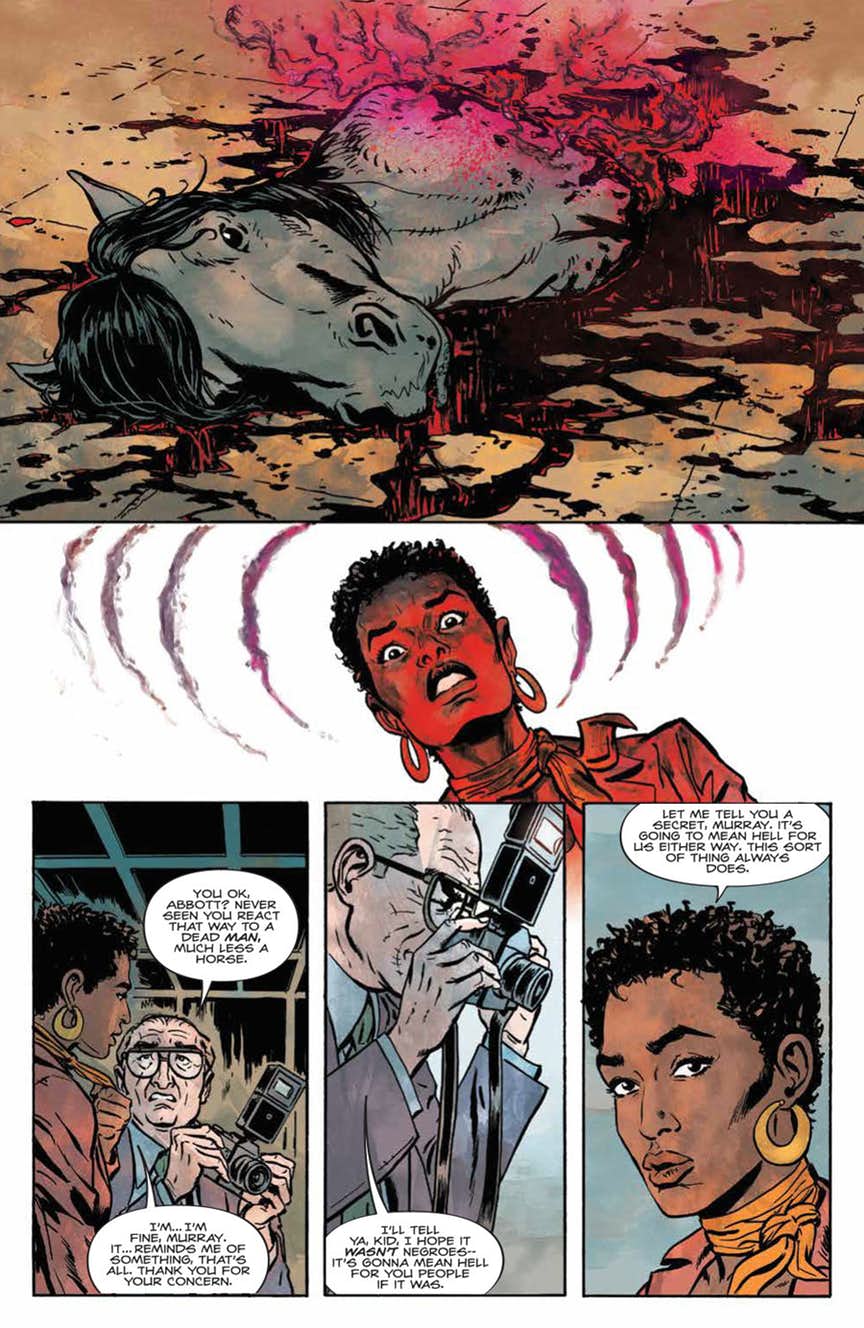 regardless of who they are and because of her work, she has gained respect among her community bringing attention to cases that would normally just get swept under the rug or taken in a wrong direction from other publications. Abbott is obviously someone who loves her work and has a great snarky attitude to go along with her personality. We get some fun little banters with her and other characters we meet throughout this first issue. She’s easily a very likable person, but you don’t want to get on her bad side. If I had any negatives about her I would say her being a heavy smoker is a downer, but if I had to put up with half of what she has to I would probably want a smoke too.

Abbott’s character building is thought out very well in this issue as we travel along with her during an assignment about a “unique” murder case. We also get a small glimpse about some trouble in her past that will surely be explained later down the road, but until then I’ll be happy just reading about how Abbott continues to fight to keep her spot in the world of reporters.