After the events of the Superman: Reborn story arc, all seems to be well for the Kent family. Both Lois and Clark have taken their old jobs at the Daily Planet, and speak of plans of moving into the city. But while everything seems good on the outside, Superman still feels like something is missing due to the aftermath of Myxzptlk’s meddling.

To begin finding the answers he’s looking for, he heads to the Fortress of Solitude to learn about his past from Kelex. Kelex inserts Superman into the “archived imagery” so that he can directly experience all of the major events in his life: starting with his exodus from the doomed Krypton. As Superman is taken on this journey into his past, there is a mysterious force working behind the scenes that is beginning to assemble Superman’s greatest enemies together to destroy him.

The premise of Superman being able to experience his past again, especially the parts he couldn’t remember such as Krytpon, is very 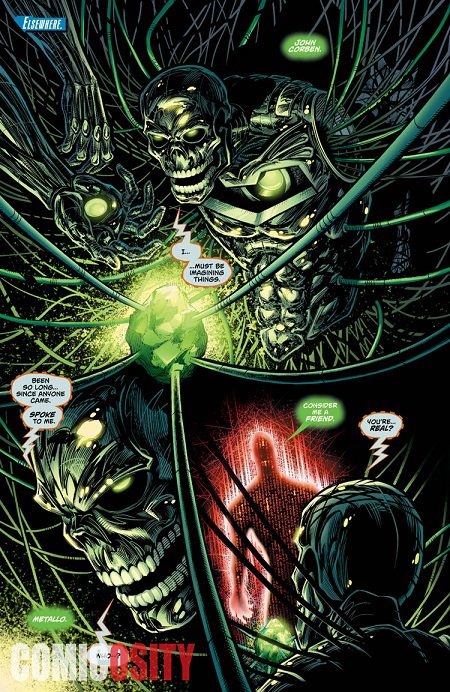 intriguing. He is able to experience the joy of seeing his parents again, but also the despair of seeing his entire home planet be destroyed. It’s a powerful path for Superman to take to rediscover his origin, and to solve the unanswered questions left from Superman: Reborn. Additionally, there’s a lot of anticipation being built after seeing Superman’s enemies like Metallo and Blanque be enticed to join with the mysterious figure.

I’m sure it’s been said before a million times, but Jurgens really knows how to write Superman and Clark Kent. Clark is back to using the guise of the awkward simpleton, but it doesn’t feel too cheesy like it easily can, it feels normal and fun.  On the flipped side, Superman’s altruism is highlighted as he mourns for the millions of Kryptonians he couldn’t save. Ian Churchill art is good, but there seems to be some emotion missing from the panels about Krypton’s destruction. The strongest art in this issue is in the detail of the villainous holographic projection.

The stage is being set for some new revelations about the events of Superman: Reborn, and for a colossal battle between Supes and his greatest foes.

Action Comics #977 puts “The New World” story arc off to a great start as Dan Jurgens seems to be winding up to deliver another powerful story about the Man of Steel.