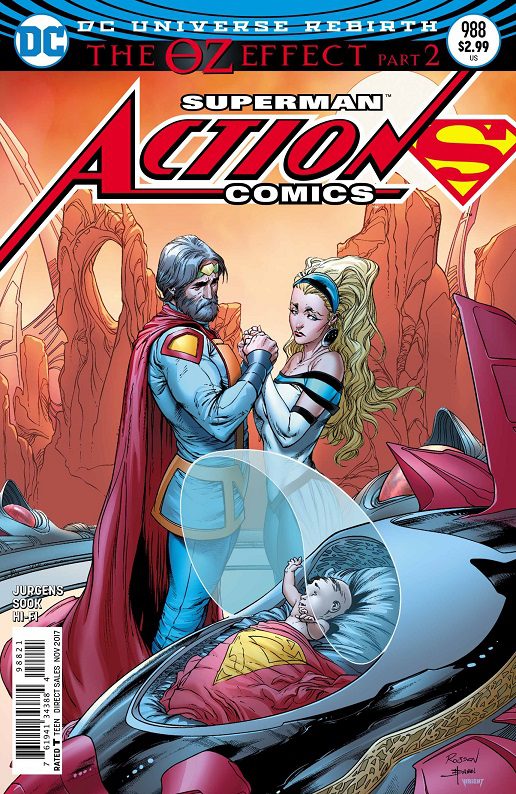 As we dive deeper into “The Oz Effect,” we get questions answered while asking brand new ones. #987’s cliffhanger left a huge impact on the overall Rebirth story and Superman’s character as a whole. While I was skeptical at first of Mr. Oz’s identity and still wary, I’m a little more convinced it’s real. However, with Part 2 finally here, let’s dive into Action Comics #988 and see what else is unraveled…

Mr. Oz’s true identity has been known for 2 weeks now, so if you haven’t read Action Comics #987 stop here and read it now since I’ll be talking about who he really is. I was surprised when Mr. Oz revealed himself to be Jor-El, Superman’s father. I couldn’t believe it until we got this issue where his entire story as to why he’s still alive is laid out. Pulled out of Krypton right before its destruction by an unknown force makes a lot of sense to me. A blue aura surrounds him as he’s being pulled through time and, with the way Rebirth has been playing out, one could only assume that it was Doctor Manhattan. Even the way Jor explains the being that took him sounds exactly like the kind of power Manhattan possesses. 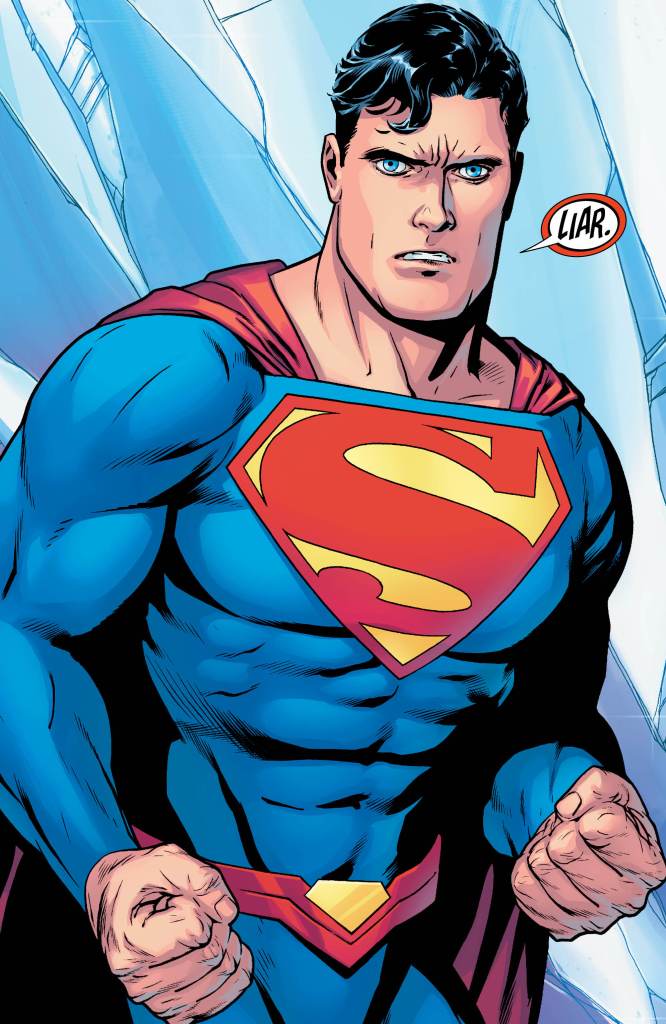 The biggest question I had last issue was how he survived Krypton’s destruction but thankfully it’s answered here. I’m just still wondering if this is really Jor-El. Throughout the entire issue, that wonder was in the back of my head. Sure, it’s convincing enough and his life experiences shaping the way he acts makes sense but there’s still that doubt. I feel like Kal during this and I’m sure he’s still having his doubts, especially since this is a huge info dump and a shock since all he’s known his that his father is dead. I’m absolutely in awe that Mr. Oz is Jor-El because of how huge this revelation is. It goes against everything Superman fans have known and even what Kal has known.

Action Comics #988 is a fantastic issue with excellent art. It further cements Oz’s true identity while having me still in doubt. I’m excited to continue “The Oz Effect” to find out even more, especially if his identity is true or a ruse for something bigger down the line.