Superman and Booster have their work cut out for them as they face off against TWO Zods in Action Comics #997, which hit shelves February 14th, 2018.

“BOOSTER SHOT” part five! Superman and Booster Gold are stranded in time on a world ruled by not one but two Generals Zod! As Lor-Zod asserts himself as the rightful heir to the military dictatorship of their adopted homeworld, Old Man Zod turns his attention to the interlopers from the past. Our heroes’ only hope of survival is to repair their craft and get home—but to do that, they’ll need to travel into the belly of beast! 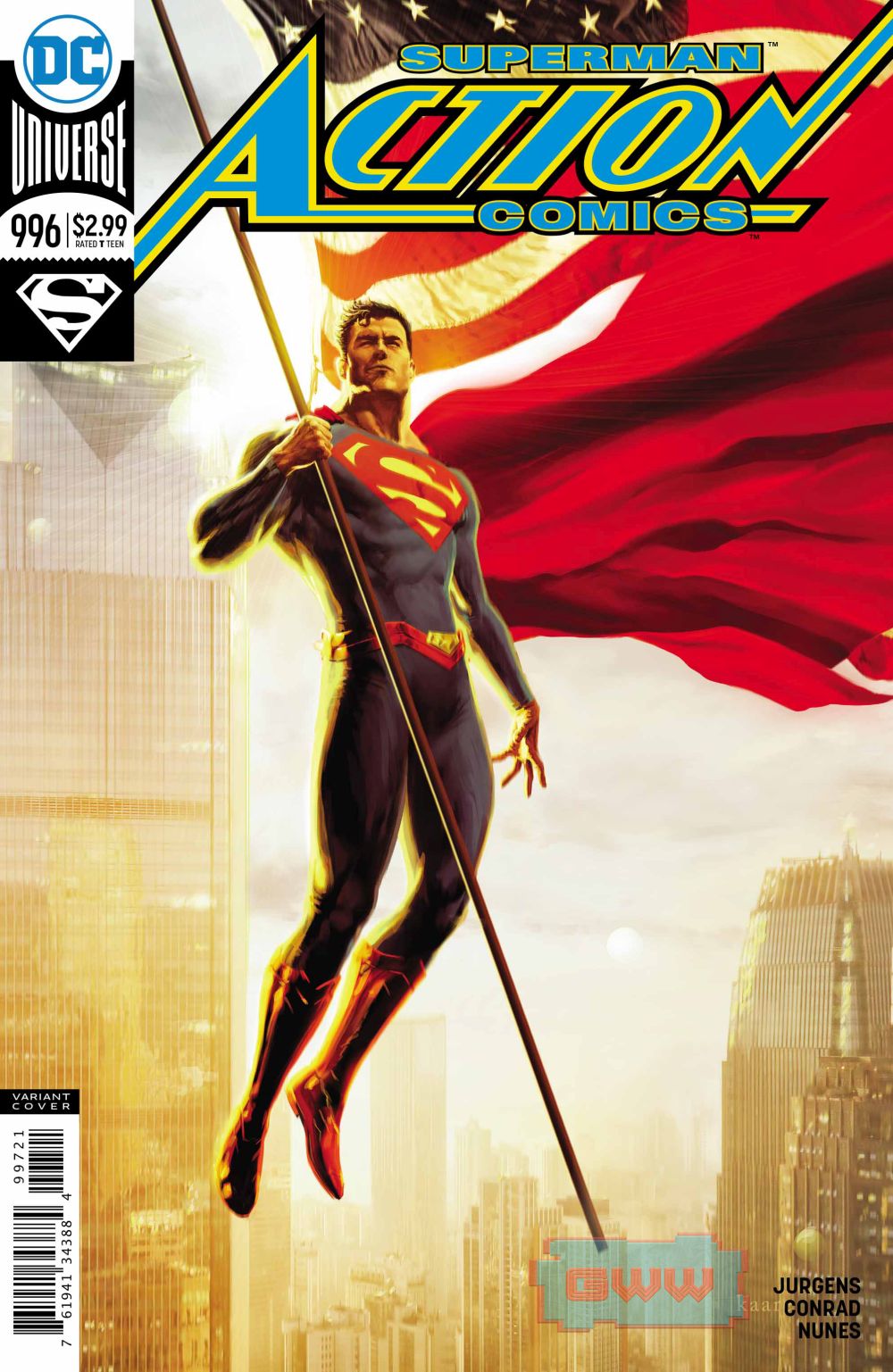