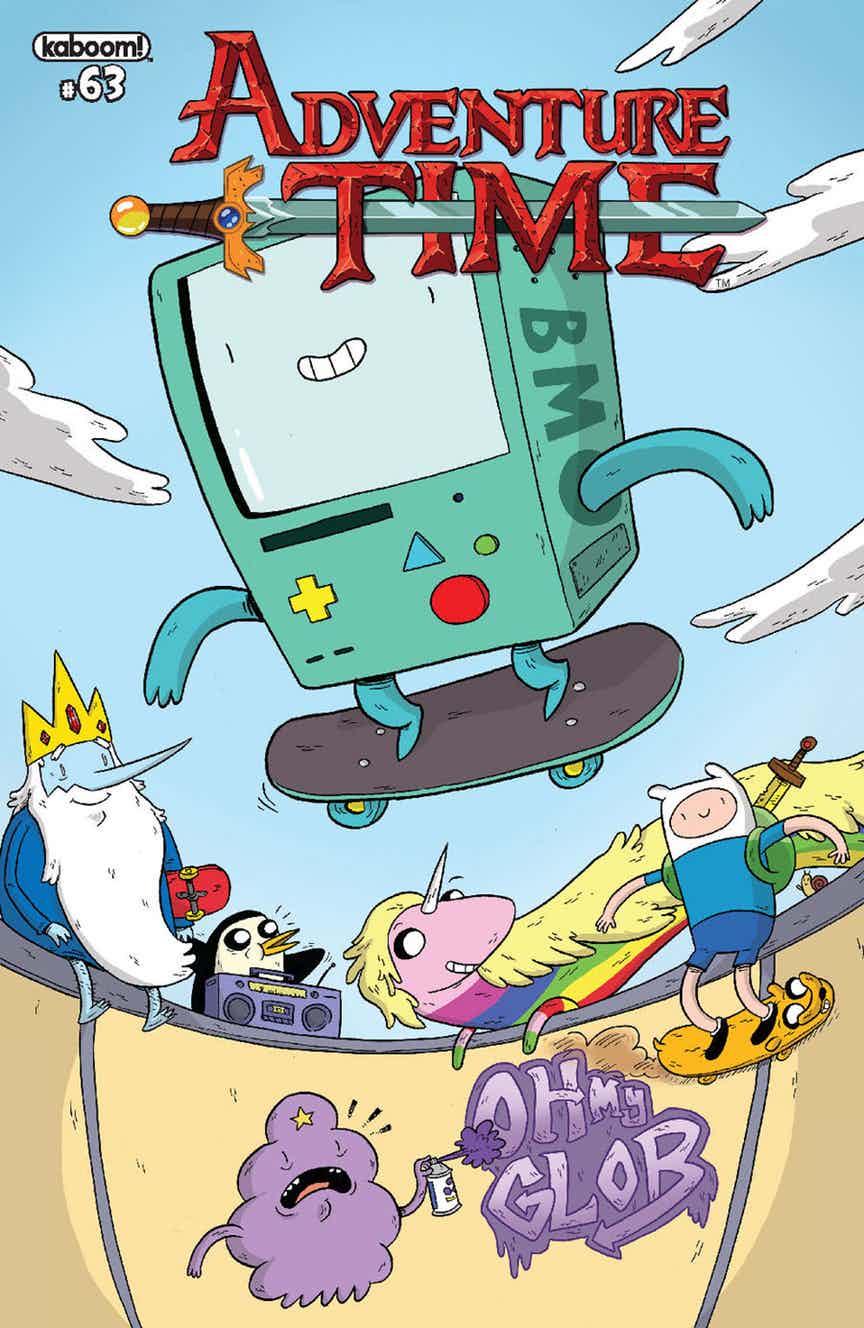 Who’s the best princess in all of Ooo? I dunno…and neither do the judges, BMO, Marceline, and Tree-Trunks. From where we left off in the last issue, the Muscle Princess was disqualified for mysteriously losing her way to the finish line. It was a mysterious enough act for Marceline to ask Finn and Jake to look into the contest. Now, Turtle Princess has been disqualified for some how mistaking a cupcake person for a troll. But she’s brainy? She’s smart! How could she possibly make that mistake?

Lumpy Space Princess was the first to call Turtle Princess out on her mistake… how’d she notice so quickly?

Finn and Jake happen upon a strange, purple creature that squirms away from the stage. It strangely resembled L.S.P., but since when could she produce squirmy, lumpy, purple worms from herself?

It also resembled a bit of pink bubble gum. I mean, pink could look purple in the shadows. Could it be that Princess Bubblegum is sabotaging her own contest? Perhaps this was all a ruse to prove to everyone in Ooo that she is the best princess ever, and that no one else could compare.

Gee, I sound like Starchy with creating this conspiracy theory. He… he doesn’t really like the Princess.

But back to the comic! Yes!

That ‘cupcake Troll’ Turtle Princess caught, melted into a pinkish-purple slime when no one was watching. A lumpy substance resembling the mobile, purple, lumpy thing that Finn and Jake ran after. Where are all these lumpy, purple, slime creatures coming from?!

Where, not how. I don’t think I want to see how they come into existence. 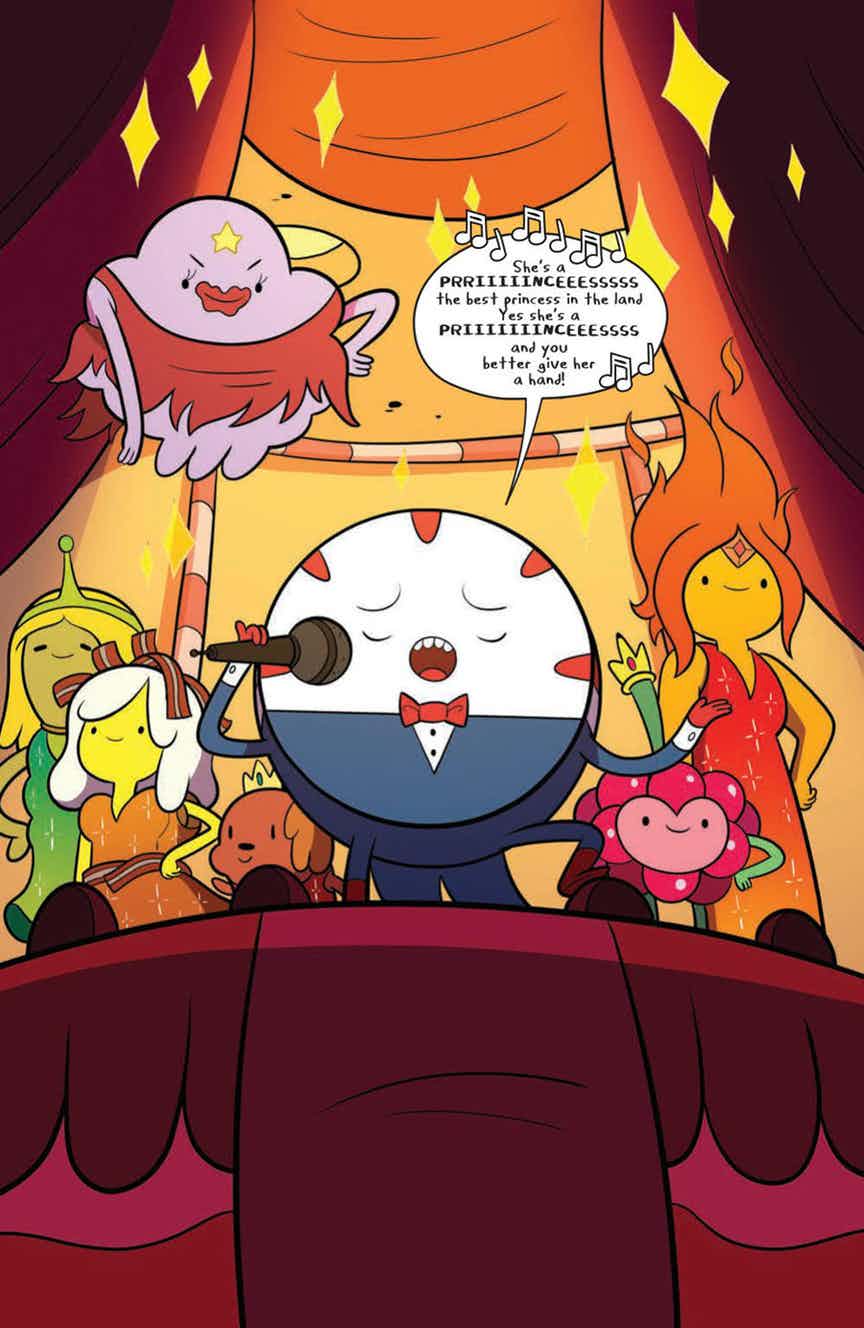 We are left off with Flame Princess and Breakfast Princess teaming up to weed out the competition so that they would be the last two. Of course, Lumpy Space Princess doesn’t appreciate this team up, and highly doubts they’d be the ‘top two.’

Is Lumpy Space Princess crazy enough to sabotage this contest in order to win? Yes. Has she ever succeeded in these things in the past? No. So that leaves this reader wondering…

Is LSP responsible for the sabotage? Or, is it the work of another, overly jealous princess?

Or, I mean, could it be the Ice King? You know, weeding out the princesses he doesn’t like?

Who knows. It’s all still speculation, as the competition continues in the next issue of Adventure Time by kaboom!

As always, the writing is true to the television program, and the art is super colorful. Just another day in Ooo.