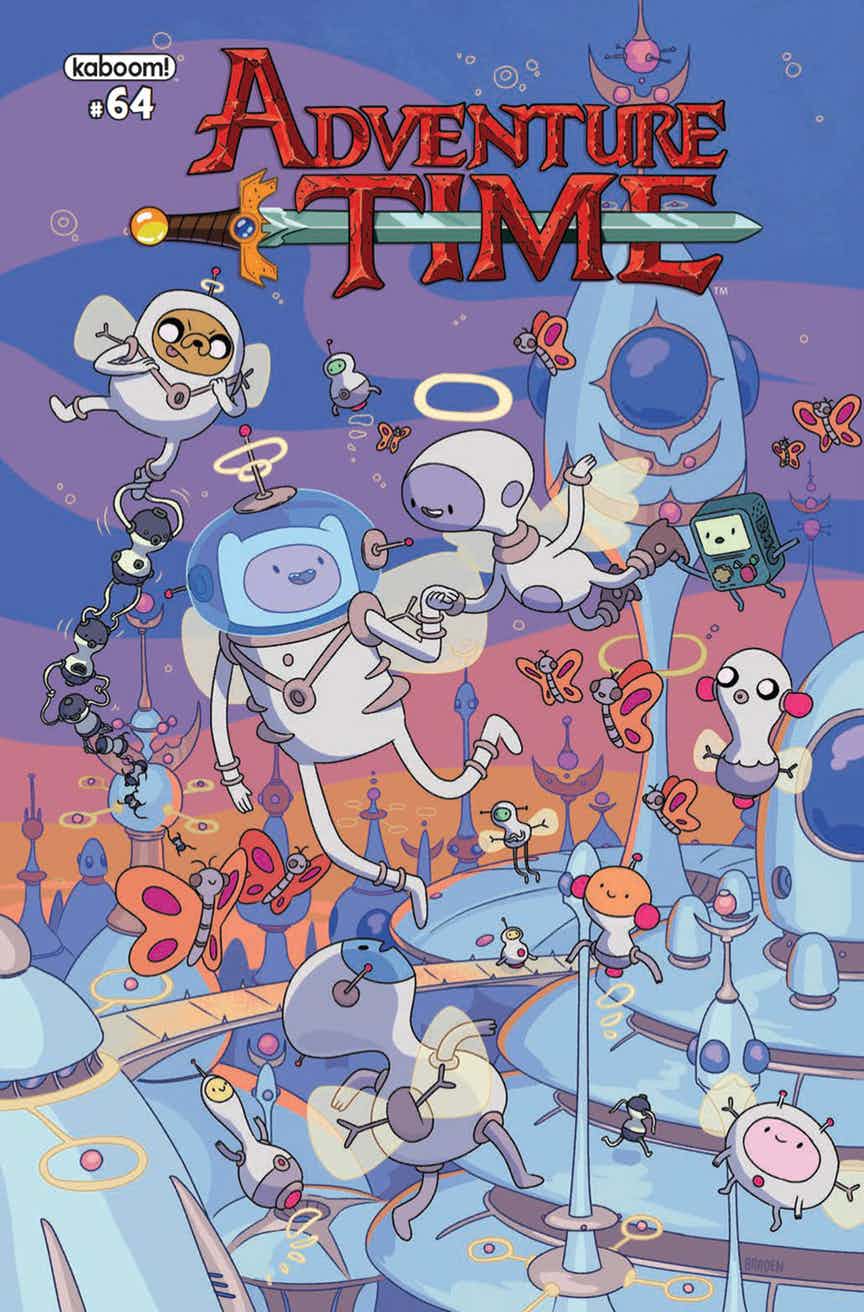 Once again we join those in Ooo as the Best Princess Ever Competition continues on. With a nice little recap, in the beginning, we are reminded that Turtle Princess and Muscles Princess were eliminated in the last two issues. We are now left with Hot-Dog Princess, Wildberry Princess, Breakfast Princess, Flame Princess, and Lumpy Space Princess.

In this issue, two “contests” occur, one being a nonsensical bubble gum blowing competition, while the other showed off the princess’ unique talents. Did sabotage occur like in all the other events? Of course! Wildberry Princess’s Keyboard Guitar doesn’t work, she becomes embarrassed and runs off the stage - causing her to be disqualified, despite the fact she blew the biggest bubble. Becoming increasingly worried about what is occurring in this competition, Marceline the Vampire Queen texts Finn, wondering what could be taking him and Jake so long to discover the culprit of all the sabotages. Turns out they encountered a Waffle beast and had to take care of it, causing them to lose track of the sentient goo they were following.

Luckily a person nearby pointed them in the right direction, and lo and behold, the trail of goo creatures led to the Ice King’s fortress in the Ice Kingdom. 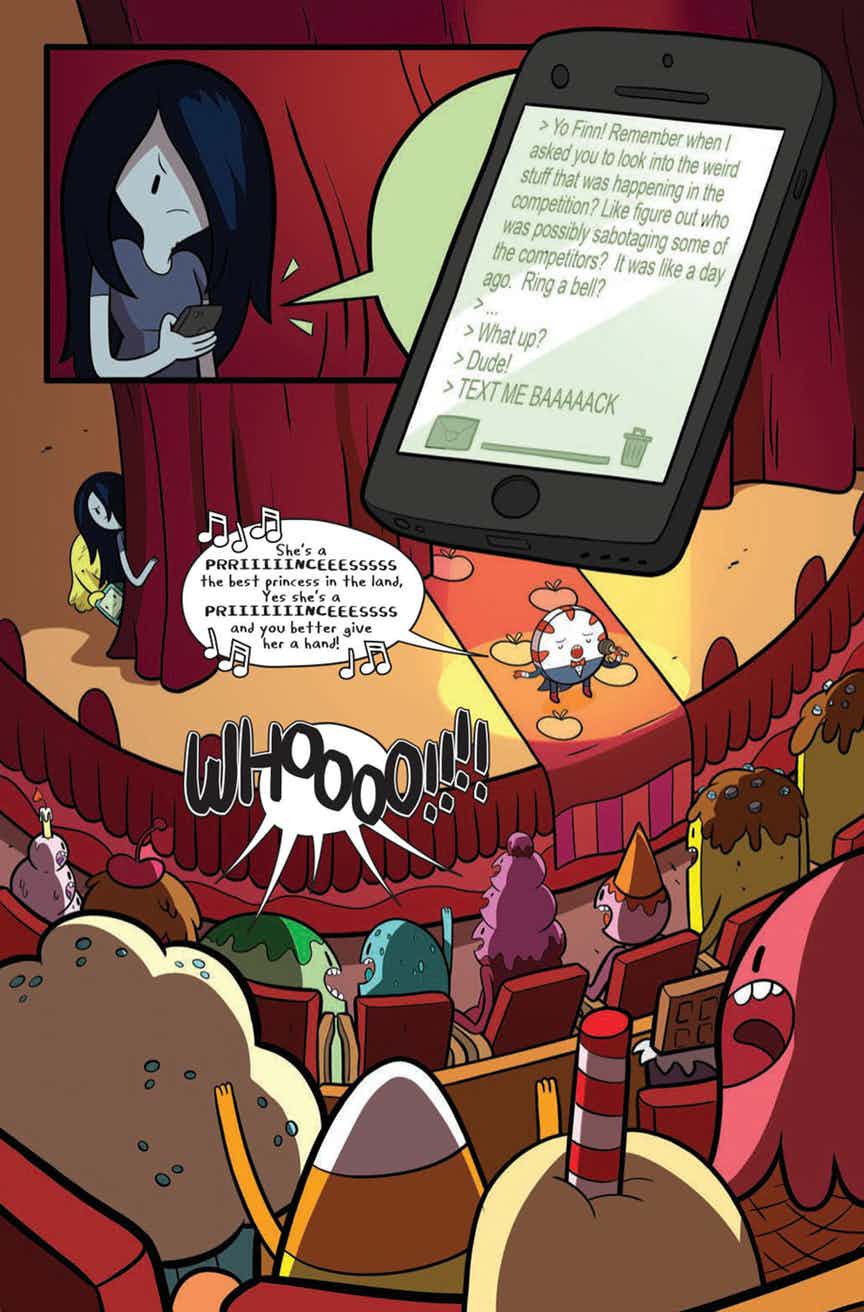 *blushes at the applause and praise* Oh you’re too kind.

But before I get an inflated ego, the last panel sounded much too sinister for the Ice King. I mean, he’s a bit of a doofus, and not very intimidating. Not to mention how surprised Finn and Jake were. If it was the Ice King, then they wouldn’t have been this surprised, nor would have Finn’s phone be smacked into a puddle of water - the Ice King likes them too much to be overly violent like that.

The last line the mystery person says is “Now what do we do?” Sounds, unlike the Ice King. If it was him, he would babble and say “It’s not what you think!” or something along the lines of that. He wouldn’t be so calm and collected.

So, despite what I have said in my last two reviews of this Princess Competition… it turns out the culprit may not be the Ice King.

Which leaves us with an interesting question! Who in the world would want to sabotage this competition? Unless it’s a Princess herself, who wasn’t included.

Once again left with questions at another cliffhanger to be resolved with the next issue, coming out next month. Yes, it will be resolved as in the last panel, bold letters state “Concluded next month!” Woo! I cannot wait!

Wouldn’t it be funny if it was Gunter behind all this? All he wants is some love.