Adventures of the Super Sons #10 Review 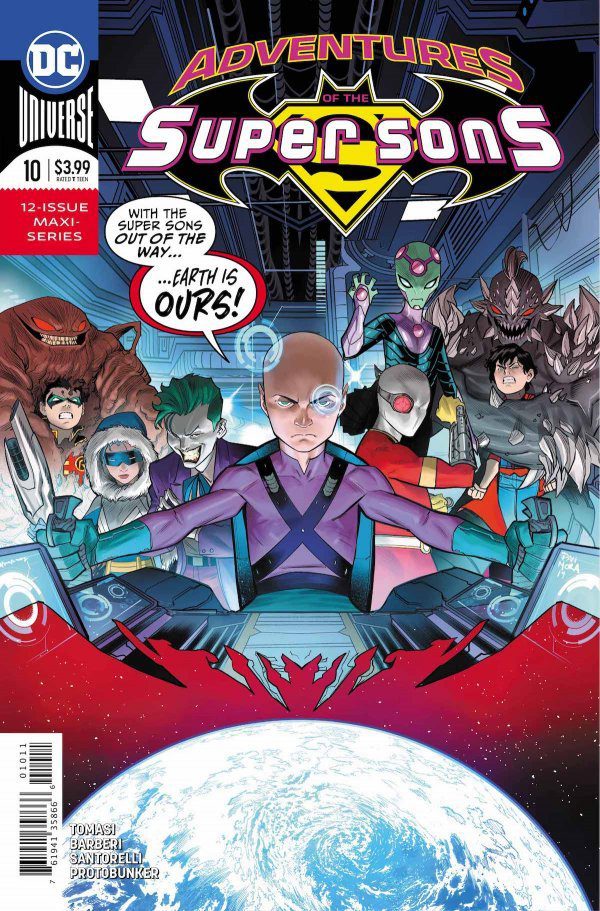 The boys have a plan to take the source of Rex’s power, the Hypercube and they need their allies to stick to it, but a last minute betrayal derails their plans and forces the two to improvise just to stay alive as Rex unleashes the most powerful of his minions to stop the Super Sons. When a group of familiar faces makes their way to the scene, both Damian and Jon have to determine if they’re there to hinder or help.

Have you seen this:
Future State: The Next Batman #2 (REVIEW)

There’s a lot to like about this story from Tomasi. It is fun at times and funny at others. Unfortunately, the biggest problem with this storyline is how long it has dragged out. This issue and the last two before it don’t really add anything to the overall story and it just slows down the narrative. The Damian/Jon dynamic is fine and written well, but the story continues to drag on with characters that don’t make an impact, others that need more exposition and a situation where Rex and his gang have become exponentially less interesting as this arc continues. The comedy works, but the story has become grating.

Visually, the issue looks fantastic. The art by Carlo Barberi is dynamic and well done. It’s energetic and fun.