Adventures of the Super Sons #12 (Review) 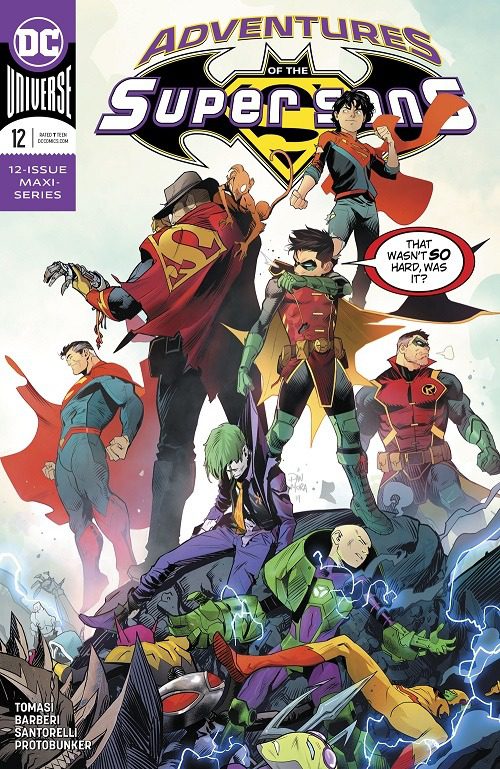 Rex Luthor is triumphant. With the help of the Hypercube, Rex has managed to capture the Super Sons inside it and has begun his plan to remake reality.

Damian and Jon have to find a way to escape from the cube if they are going to stop Rex. Unfortunately, their first attempts do not go well and their act attracts the attention of the entity that lives within the cube. After learning about the history of the cube and the entity that lives within it, Damian comes up with a daring plan to escape the cube and stop Rex once and for all.

The Super Sons spring into action and put a plan in place that will hopefully change the cube itself and reverse the damage Rex has brought to the universe.

Peter J Tomasi wraps up this mini-series nicely. He pays off the promise of this series with a conclusion filled with action, adventure and humor. It’s a fun read that opens the door for more stories to come for these characters.

Carlo Barberi brings some beautiful visuals to the issue. Everything is lively and filled with action, energy and details. A great looking issue.