Adventures of the Super Sons #8 Review 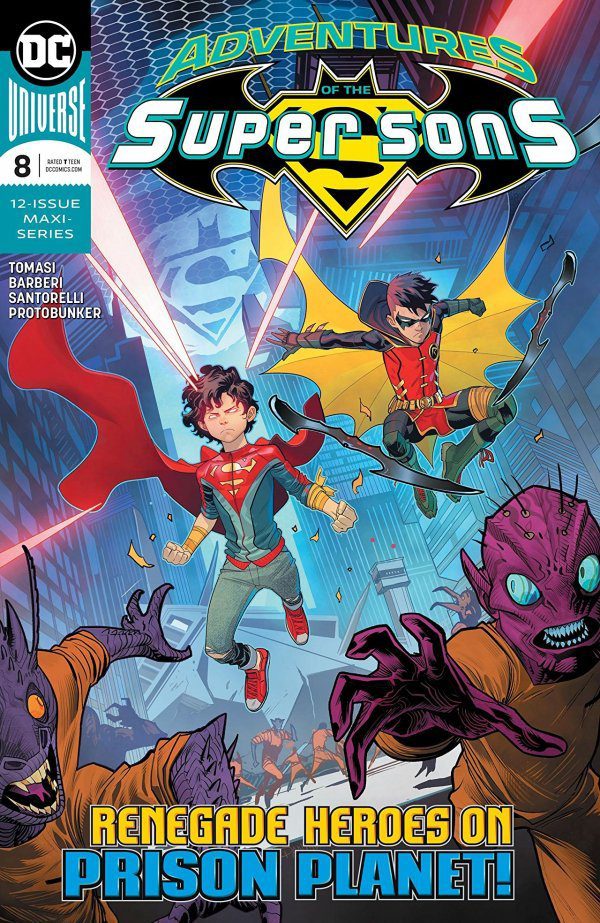 Superboy has escaped with the help of Robin and Joker Jr. The three of them make their way to one of Robin’s hidden Batcaves as Rex’s army of enhanced inmates hunts them throughout the prison planet.

Robin leaves JJ and Jon alone in the cave while he goes out looking for the next part of his plan to escape the prison. When he returns, it’s with a couple of prisoners and a Green Lantern in training.

With a plan in place, the four of them make their way to the Vroom Tube which will help them escape from the prison. Rex intercepts them and Joker Jr double crosses the teen heroes again to save his skin.

The plot of this issue is straightforward. Tomasi tells a fun story with some fun and funny moments with both the main characters and the side characters who are helping Rex but have no buy in to the villains they have the powers of. It’s fun seeing them talk about him behind his back while they deal with their new personas.

The art by Carlo Barberi is great. There are so many beautifully detailed panels that showcase amazing action throughout the story.