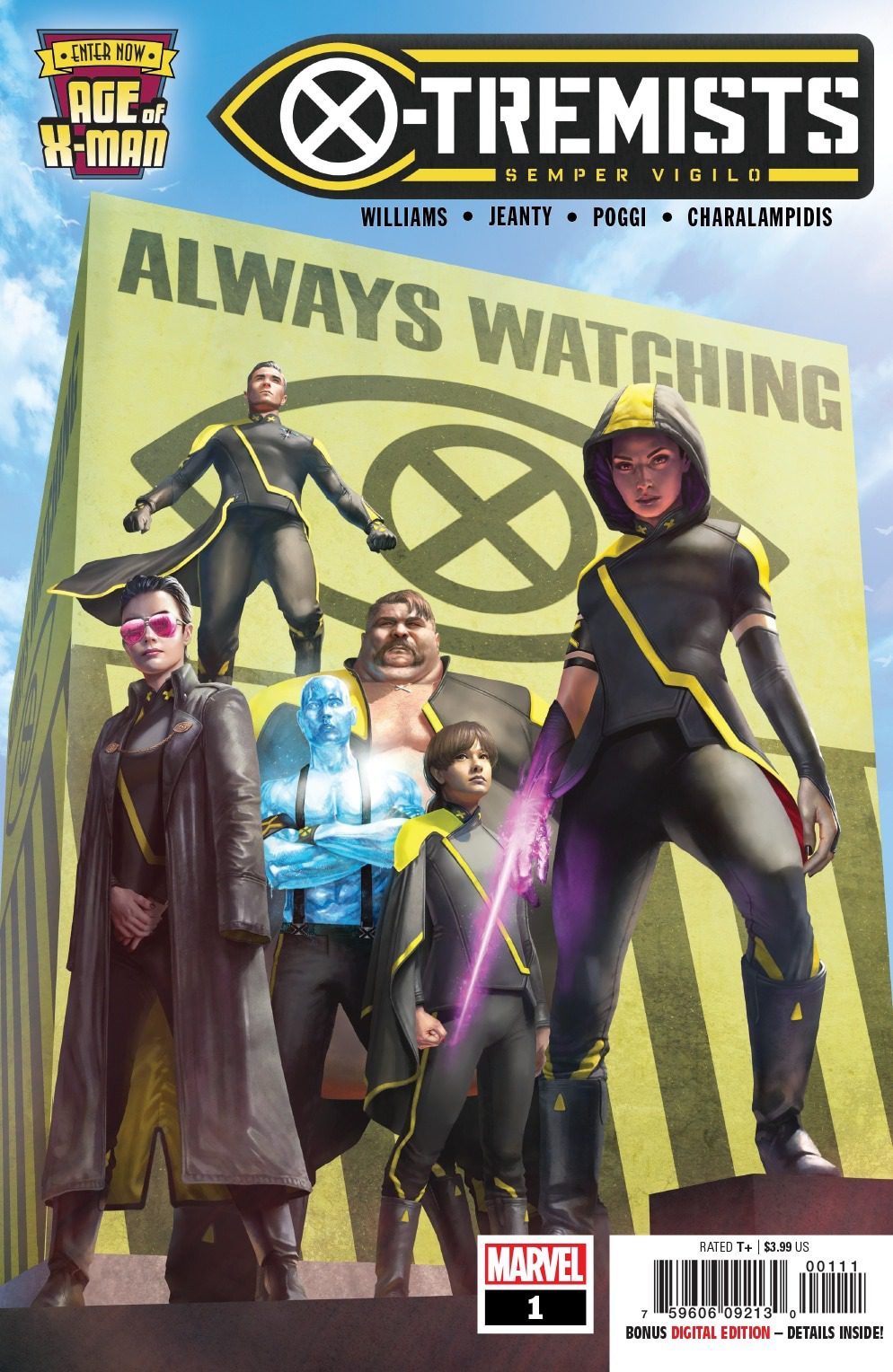 Age of X-Man: X-Tremists spins out of the events Extermination and Disassembled, two X-men events over the past few months. The events ended with a world void of X-Men and a world filled with mutants. The multiple series released over the past month occurred in this mutant world created by Nate Grey, a.k.a. X-Man, with the desire that when everyone is a mutant, there is nothing to fear. This new limited series, X-Tremists proves that wrong. While mutants may have evolved humanity, some of humanity’s emotions were lost in Nate Grey’s vision of the world. The kickoff comic, Age of X-Man Alpha, introduced the X-Tremists enforcement team as they raided Bishop’s home transported him to prison (limited series Age of X-Man: Prisoner X) and wiped Jean Grey memory of the night for violations related to having a physical and emotional connection. What would an X-Men event be without a complicated backstory?

Writer Leah Williams deserves credit for crafting an emotional issue that stands on its own within this event. The X-Tremists team of Psylocke, Iceman, Northstar, Jubilee, Blob, and new character Moneta appear to be the enforcement team for this no attachment rule. Williams could have made this team a hard-edged Gestapo-like image with raids lanced with hate. Instead, Williams introduces the team through laughter and banter while making cookies. And when the raid on two mutants in a relationship occurs, the team carries it out with a detachment that judges and condemns without compassion. This lack of emotional and physical intimacy is viewed as antiquated and society has moved on, so much so that “retrograde” is used as a slur, but it comes at the cost of love.

Williams’ dichotomy of laughter and banter among the team as these subdued and abduct a mutant couple should not be lost on the reader. The subject matter of this series has the potential to be heavy-handed and preachy or disrespectful and humorous, but Williams successful pulls the team through the raid chipping away at their lack of emotion and revealing glimpses of compassion. Iceman calls one of the mutants “it” and Jubilee is offended. Northstar corrects Moneta for using the Retrograde slur. The X-Tremists exist in this detached world, but Williams plants seeds of doubt and resistance in her characters and the world created by X-Man.

In a world without emotional connections, those in power may not see the abuse they are carrying. Age of X-Man: X-Tremists does not shy away from taking on controversy, the ending reflects continuing social and political issues. Where this series goes next has the potential not only to say a lot about this new mutant world but the human condition as well. And that’s exactly what a good X-Men comic has always done.