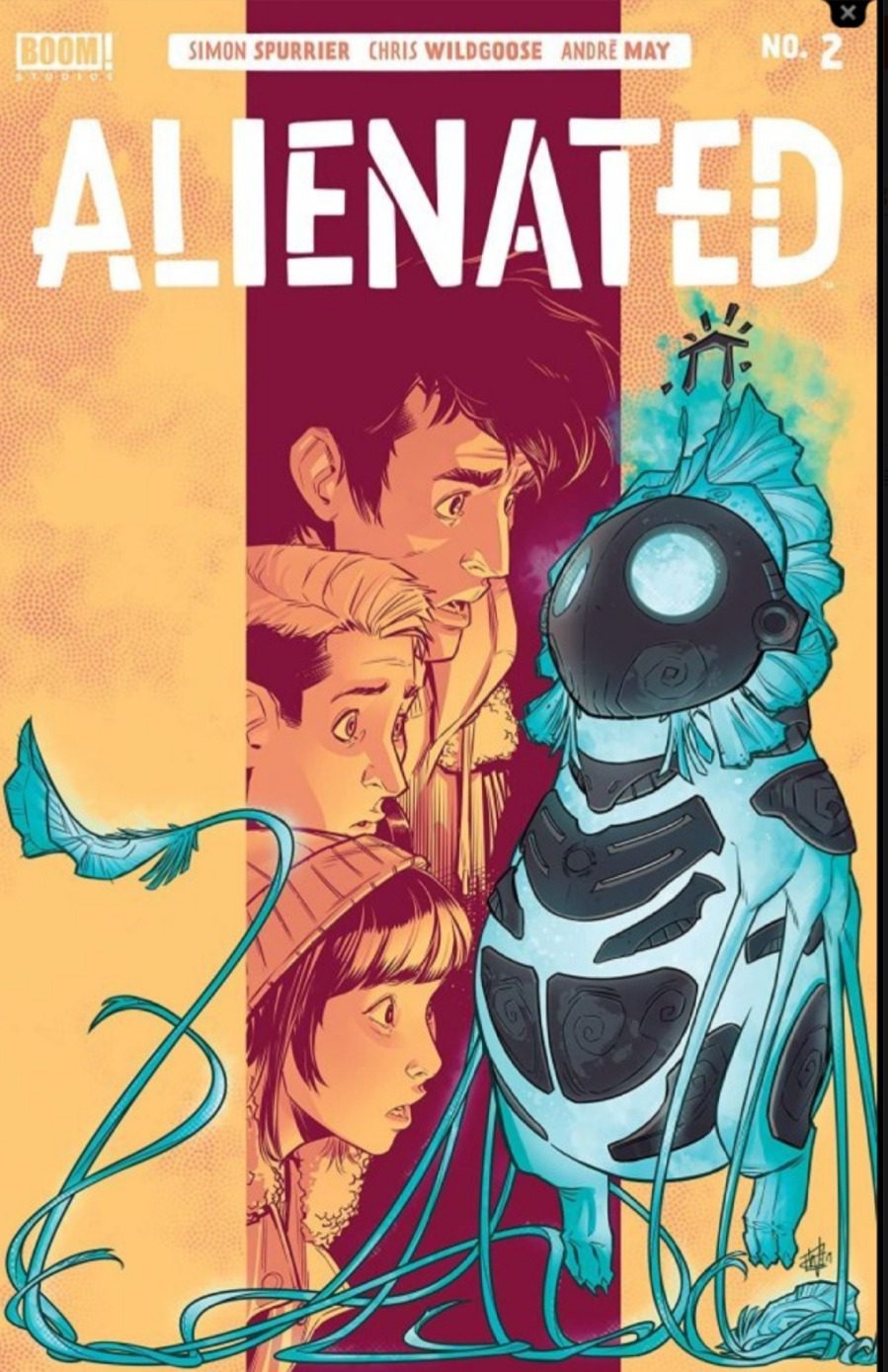 Written by: Simon Spurrier
Illustrated by: Chris Wildgoose
Colored by: Andre May
Lettered by: Jim Campbell

Alienated Issue #2 begins a few days after the events of the first issue. We glimpse into the mind of Leon. Although we witnessed him dissolve into nothing last issue it appears his memories still remain. Since he was put in charge of the alien “Chip” only Sam(uel) gets to witness Leon’s thoughts. Spurrier writes Samuel as the questioning, revolutionary seeking change. Is it through Chip he will finally achieve it?

While Samuel seems concerned about what Chip has done or is capable of, Sam(ir) and Sam(antha) are still excited about this new connection. They are all too excited to be mind merged. Having read many books with psychic thought bubbles it was refreshing to have one use colors to illustrate who’s head I was in Samir being red, Samantha is green and Samuel is blue.

Spurrier hasn’t exactly indicated what powers or limitations Chip has or of the powers the Sams have now. So far they have demonstrated telepathy and telekinesis. I wonder how much more power this group will come to wield and what that will do to their personalities?

The illustrations and coloring by Wildgoose and May are amazing. Wildgoose masterfully brings each character to life, each character has a unique appearance. Meanwhile May’s coloring is spectacular and bring energy to the book. Some of the best panels are when the three teens are sharing thoughts. Despite the volume of images on the page I was able to identify who the thoughts and memories belonged to.

Issue #1 of Alienated showed us how alone, how different, how “alienated” each of the Sams are. With this issue one of them is beginning to act a little more “alien”.