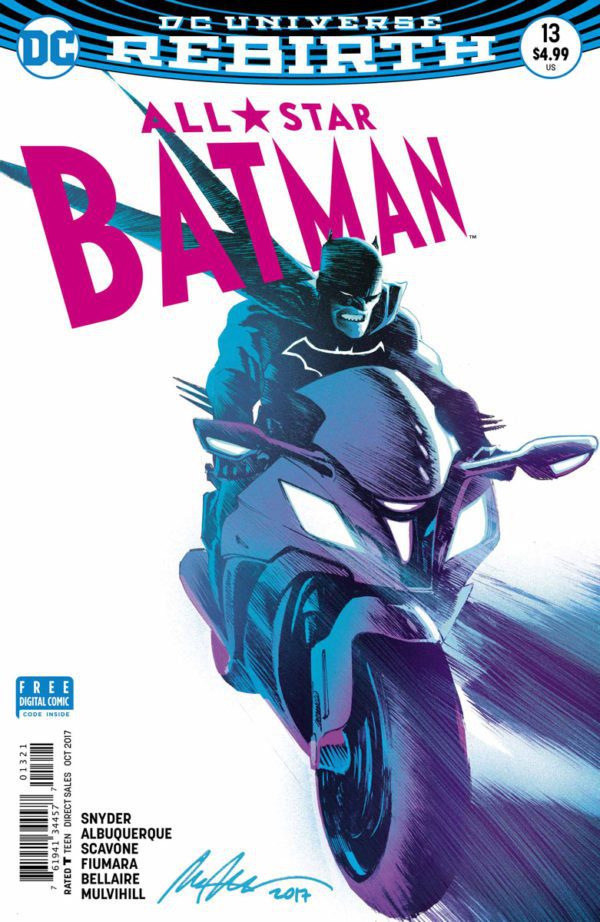 The penultimate chapter of All-Star Batman’s ongoing arc heightens the drama to a fever pitch, and though much of comics can feel rote and predictable — “let’s see how the good guys win this time” sort of stuff — Scott Snyder continues his longstanding tradition of infusing his action with lots of character and heart. Issue #13 is full of intensity, but it’s more than that too, which is what makes a great comic stand out from the good, especially in the single issue format.

At the start of “The First Ally” I wasn’t greatly invested in learning so much about Alfred’s past. The route Snyder takes is unique for sure, but regardless of 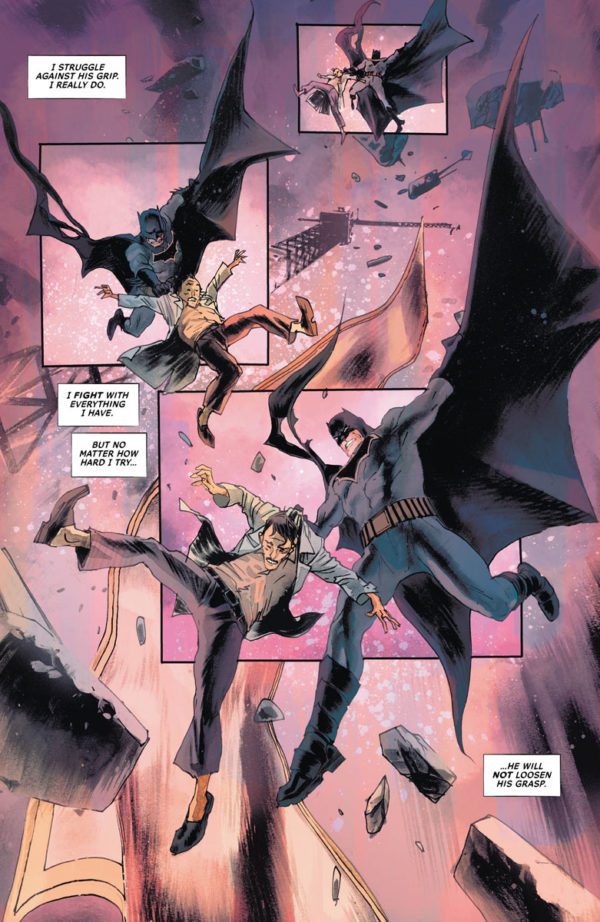 that, I think I’m so personally Bat-centric that I didn’t want to spend so much time away from the usual hero. Over the course of this arc, however, Alfred has proven to be a worthwhile protagonist of his flashbacks. This issue more than any other so far really drives home that point. The flashbacks have their own emotional investment, as do the current day scenes, as always. On top of that, the plotline comic veterans should’ve expected to bridge the past and present arrives in an intriguing manner, even if the general outcome is not completely unexpected.

My favorite part of this issue is actually the first third of it, where it’s all spent highlighting the same rapid fall to earth for our heroes. I love when authors and illustrators find ways to keep the single issue format fresh, because I think it’s a reading format that has its share of issues. Snyder and company spend about eight pages depicting the same fall and the action and dialogue that surrounds that scene is a fun and unseen take on such a simple and quite frequent event in superhero comics — the fall to earth with a last minute save. Moments like that make for easy reminders as to why Snyder is the best Bat-scribe in the business right now.