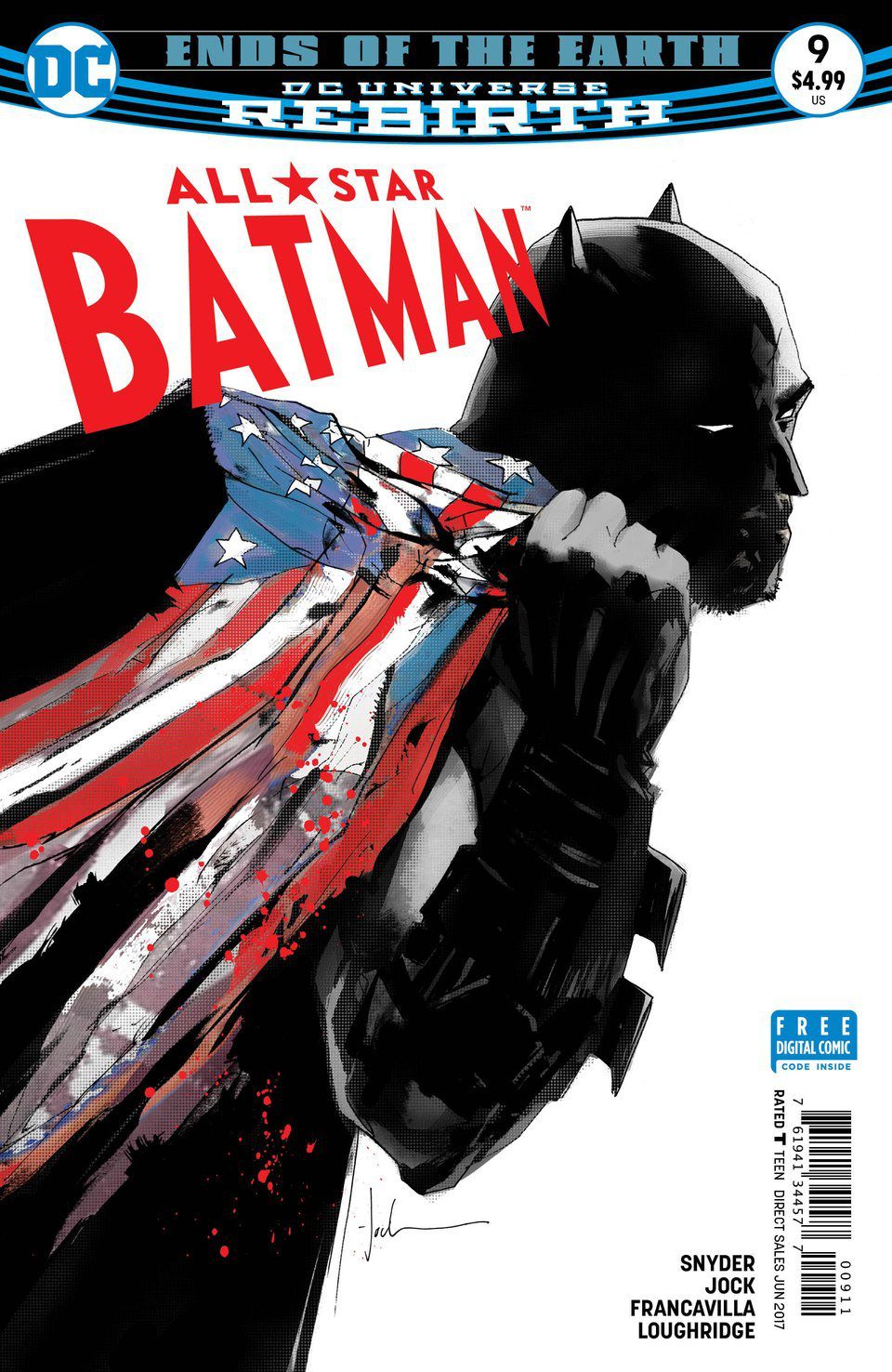 Scott Snyder’s latest arc has been seemingly deliberately and, to me, annoyingly confusing. Some of the action on the pages didn’t always make sense right away and would require re-reads in a way that weren’t always satisfying. Despite those gripes, I’ve enjoyed each issue more than the one before it during the “Ends of the Earth” storyline and it all culminates with a cinematic and powerful finale that imitates life quite bitingly.

It’s tough to commend the storytelling in this finale to the arc without spoiling the villain reveal, but I’m committed to doing that. Suffice it to say the villain feels fitting for such a finale and it’s a lot of fun to see Snyder’s take on this particular character. The whole All-Star Batman run thus far has felt very movie-like, so 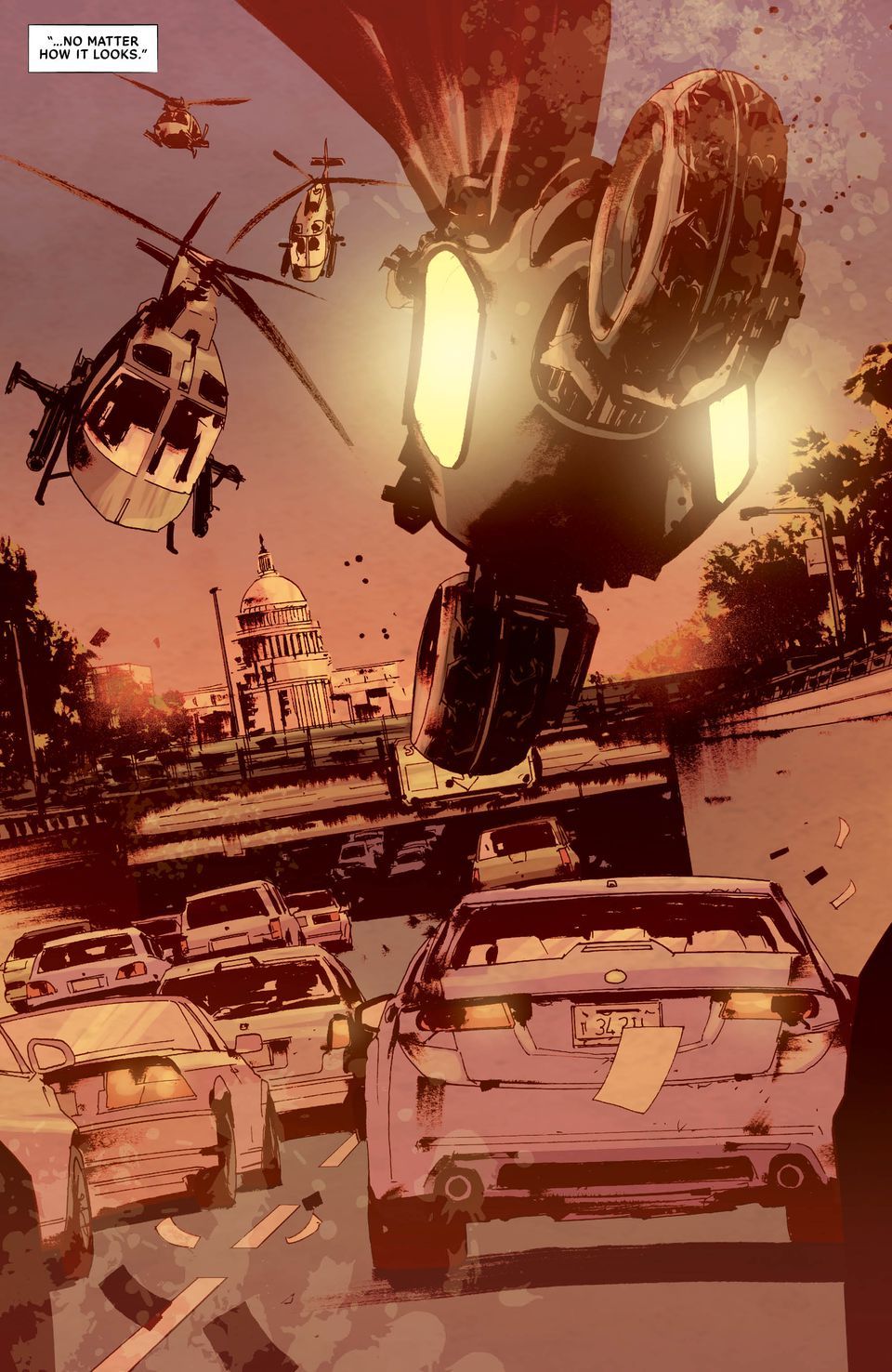 much so that I truly hope we get an animated film version of this storyline in the future, particularly this arc. It all culminates with a epic finale feel that reminds me why comics are worth reading. Despite when this arc and parts of even this issue were a bit confusing at times, the puzzle pieces coming together, and for the one millionth time watching Batman figure it all out and come out on top — or so it seems — is as satisfying as ever.

Jock’s art again deserves the bulk of the credit for the movie-like quality of the arc, with sweeping panels that give everything a larger-than-life spin from start to finish. Snyder’s writing often feels like we’re at the end of the proverbial dynamite fuse, with things always seconds from blowing up in our hero’s face, and Jock’s art finds a way to make these lines and scenes that much more powerful. This is an issue that stands as an example of the heights this medium can reach when it’s undertaken by a team as well versed and understanding of a character as these two. By the end of it, my minor gripes with the earlier issues had all but washed away. A new arc starts next month, and that’s always fun, but for now I’m thankful to have taken this ride.