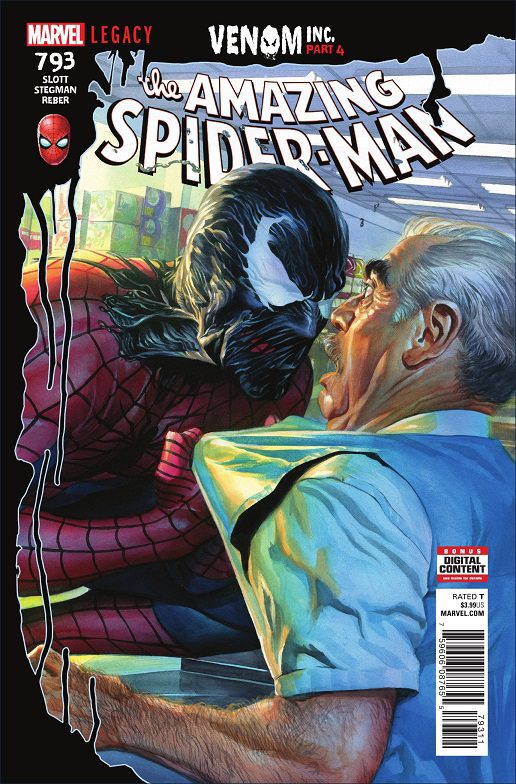 Part 4 of Venom Inc. This story follows Flash Thompson, Eddie Brock, and Lee as they all attempt to get the symbiote back. With Lee taking Mania’s symbiote, Flash gaining the anti-venom suit, and Eddie getting the original back, it becomes a battle royal with Peter stuck in the middle.

The issue opens with Spider-man fighting crime, with one major difference a symbiote on his face. This is much like the henchmen working under Lee, only having the symbiote over the face of its victim. Mania saves Flash who was being tortured by Lee and his gang. Finally, we see Black Cat and Eddie working together. 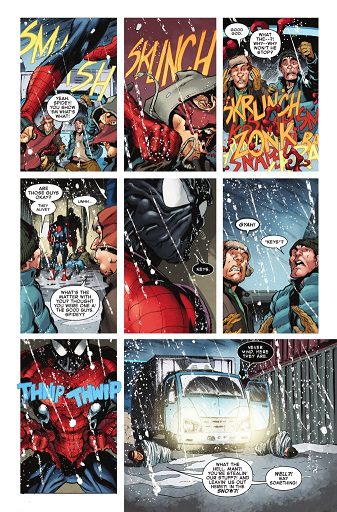 Peter breaks into the Bugle and forces them to create a headline calling out Black Cat. Anti-Venom shows up with mania and attempts to stop Spider-man during the fight, Peter is able to pin Flash under one of the Bugle signs. Black cat shows up and catches him in the face with a whip, made of Anti-Venom. This is able to rip the symbiote off and free Peter. Peter, Black Cat, Flash, and Eddie decide this is enough and they have to stop Lee and anyone from using the symbiote for evil.

This arc has been overall pretty solid. Boasting great writing and art. When it comes to Spider-man Venom crossovers, there are a history of some duds. I believe this will stand the test of time and be one of the better crossovers. I’m loving the direction Slott is taking Peter with the bugle and how he is dealing with some of his messes. I can’t wait to see where it goes from here.