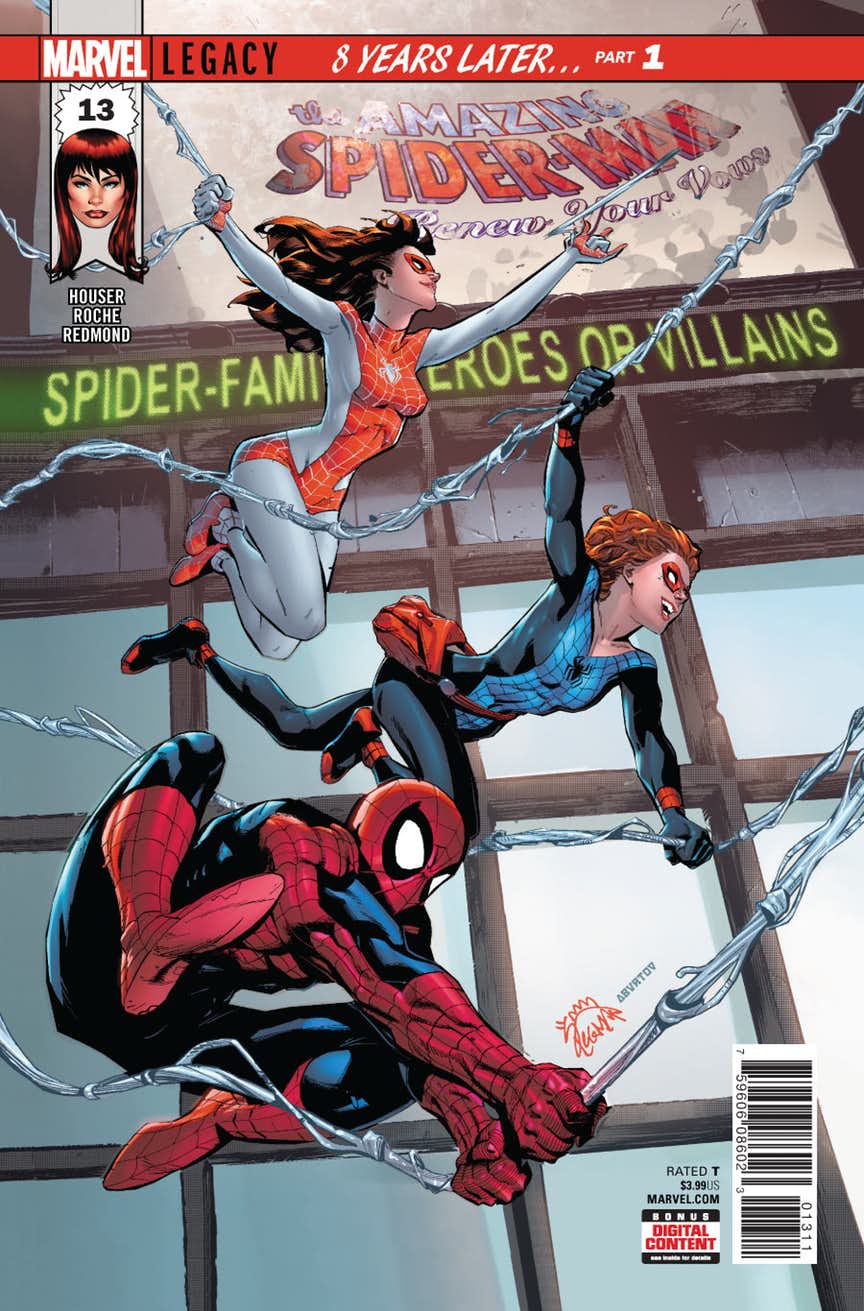 Renew Yor Vows for me personally has been the better spider book series when it comes to Peter Parker. Jody Houser has taken over in this issue with the new issue taking place 8 years after the end of the last arc. I wasn’t sure how I felt about having a time jump like this already but then I realized I have been reading this run for the last year and growth is always important to see. Now more than ever I think I know where this run is going to eventually end. I believe Annie May Parker will get her own solo series. Who knows when but this issue does tackle a few things about a growing super-powered person.

First off, I am really enjoying the design for her new costume. The grey and black color scheme reminds me of the super 90’s spider armor suit but this has a 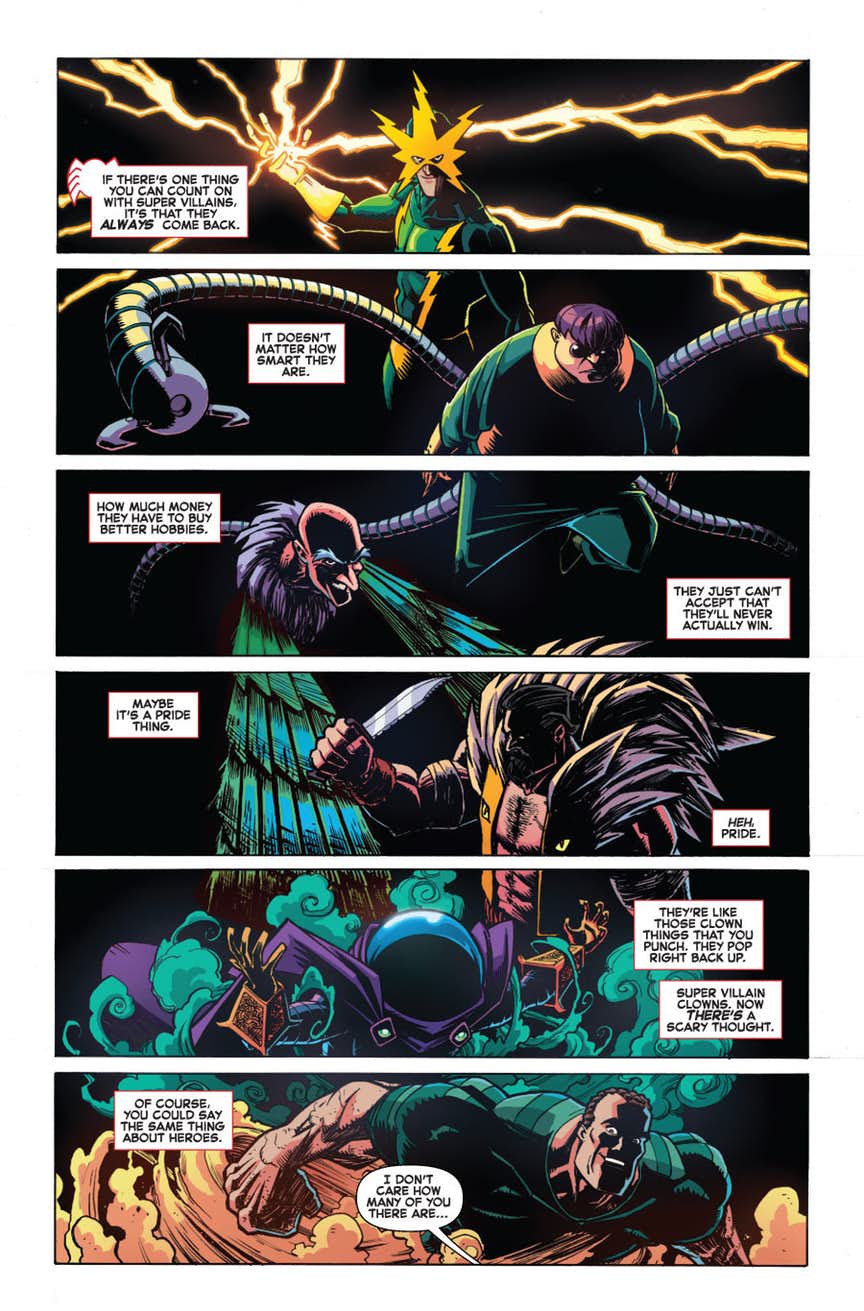 much cleaner look to it. With Annie older now and having a new costume. She brings up wanting a new name as she finds Spiderling too childish now. Yes, the name does sound like something a kid came up with but it had its charm for her when she was younger. I am on board with giving her a new name as many of our heroes that we follow in comics do get a new identity from time to time. I do think there were some missteps in handling a teenage Annie though. She comes off too much like a regular teenage girl and I assume its to make her seem normal as possible. Early on she trains in the danger room and later mentions how she can’t talk about it to her classmates or friends at school. I actually don’t understand why she doesn’t just go to Xavier’s school? I know early on in the series this was brought up but it doesn’t seem like it should be really much of an issue anymore.

Have you seen this:
Nailbiter Returns # 8 (REVIEW)

Peter and Mary continue to be a bit overprotective when they go out for some fun at Coney Island but I feel even they would handle this better. We still get some great moments with MJ and Peter as he is worried about Annie distancing herself a bit, but that is just what teenagers will do to become their own person. A lot of the jokes land really well here too with all of the characters involved in the issue.

Even though it seems some steps were taken back in the characters, there is a lot of potential as Renew Your Vows moves on to be an exciting and witty series that still has the heart of being a Spider-Man book.