One of the best things about Neil Gaiman’s novel American Gods, is its pacing. There is so much information to take in, and so many characters to fall in love with, yet the novel never feels sluggish or overbearing. I’m happy to say the show remains faithful to the source material in many ways. Unfortunately, the disorienting nature of the book leaves something to be desired as a show.

I was very excited to see Peter Stormare’s portrayal of Czernobog. No matter who he is playing in a show or movie, he always fits in it perfectly. It’s no different in American Gods; Czernobog is both brooding and delightful, and his checkers match with Shadow was captivating. The show could not have a better cast than the one it has. There may have been a few tweaks to the old gods, but it fits the tone of the show so well you don’t care. I admit, I was unsure about Ian McShane being cast as Mr. Wednesday. I don’t doubt McShane’s acting ability, he’s just not who I pictured. I could not have been more wrong. The man is so charming and is so perfect as Wednesday that even I would have robbed that bank with him and Shadow.

The vignettes in this episode were very strong. The first, which features the Ancient Egyptian god of death Mr. Jaquel, was my favorite intro out of the three episodes. It’s depiction of an old woman dying while cooking for her family was surprisingly lighthearted. Even as she left the world of the living, the scene never felt tragic. The second break in the main-story came from the always interesting “Somewhere in America” sequences. This one featured a Muslim salesman meeting a taxi driving Jinn. Much like the novel, their meeting is very engaging and very graphic. I am interested to see people’s reactions to American God’s sex scenes. They are without a doubt provocative, but are too visually stunning to feel gratuitous.

Shadow and Mr. Wednesday’s relationship remain the highlight of the show. Wednesday gives just enough information to keep Shadow around, but never enough to make him feel comfortable. If I were to nitpick anything about them in this episode, I’d say that I missed the bank robbery explanation from the novel, but honestly I am very satisfied with how the characters and their stories are playing out. Throw in the always amusing Mad Sweeney and the return of Laura, and you got yourself a damn good episode. 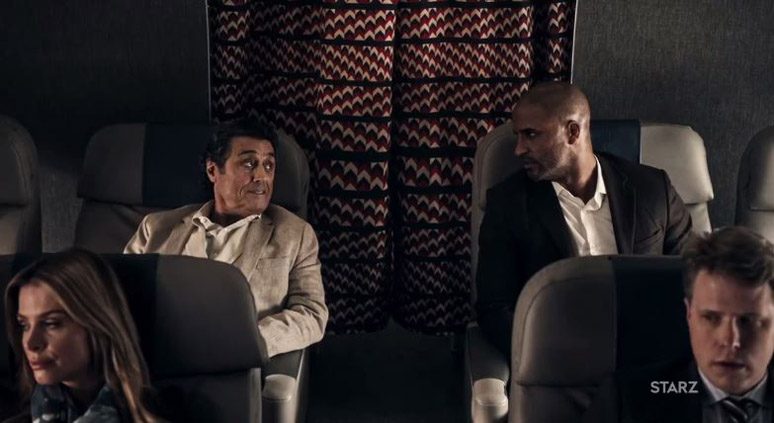 I understand the daydreaming feel it’s going for but I bet some might mistake that for being directionless. We only have five more episodes left to go and there is still no clear storyline. Also, one of the more serene moments from the book fell a little flat. The way Shadow and Czernobog’s second checkers match impeded on the scene with the younger Zorya sister was a bit disappointing. The latter is nitpicky, but as someone who wants people to watch the show, I am a little worried if people will stick around for the madness that will ensue.

I thoroughly enjoyed this episode, and I am shocked at just how faithful this show has been to its source material. This is a story of immigration, religions, and the all-encompassing feeling of being out of place, and it is being done with care and respect.

The show still hasn’t found it’s groove since the premiere, but episode three delivers on everything a fan of the property could ask for. It has the potential of becoming something big, especially after our protagonists find a clear path. Much like Shadow, we are being thrown into situations knowing very little, and can only sit back in awe. And right now, it’s a beautiful, thought-provoking, and disorienting sight.