American Gods continues to surge during its rookie season and produces its strongest overall performance yet in episode four titled, “Git Gone.” Through the first three episodes, we have been introduced to Shadow Moon and watched his interactions with Mr. Wednesday and a few other odd characters. But, beyond knowing about his deceased wife and a prison stint, we don’t know much else about the character himself. One of the keys to any main character in a television show is their backstory and the people they surround themselves with as it explains a lot as to who they are. In this episode, we get to learn a lot about the nuts and bolts of Shadow’s marriage. But, most importantly, we get to meet Laura Moon. Shadow’s deeply troubled and depressed wife. 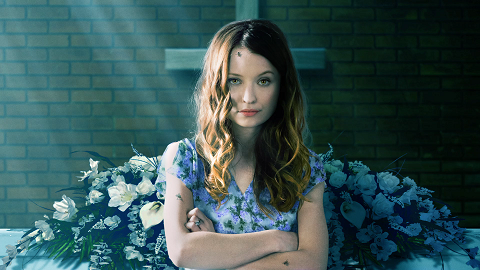 Emily Browning gives an exceptional performance as Laura Moon. I really enjoyed her scenes with Ricky Whittle’s Shadow as I bought their genuine chemistry, could feel the affection they had for one another and felt the beginnings of their interactions were very interesting as it showcases two very strong-headed characters who, despite their motivations, are drawn to each other. But, it’s Browning’s performance that stands out as we get to see Laura before she meets Shadow and gain an understanding of what makes her click. What’s most interesting though is watching the events unfold that led to her death which was revealed to us in the pilot. Even getting answers as to why Shadow was in prison and why he felt there was something wrong when we see him talking to her on the phone in the pilot as well. 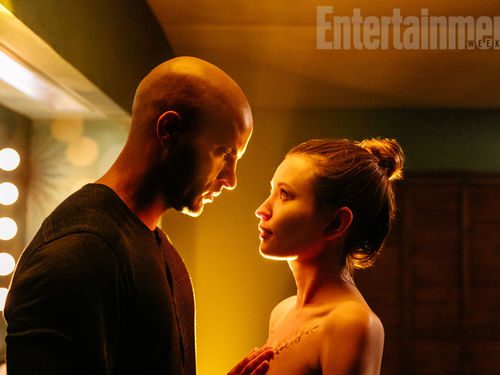 This episode really sticks out with its backstory of Laura and Shadow Moon but also ties into some the past episodes as it strays away from the first three episodes’ formula. This doesn’t bring the quality down at all and has me intrigued as I hope we get to see the rest of the season play out in the same way as well. Each episode has been strong but this episode takes it up a notch with its writing, acting and heavy drama that doesn’t overpower the show or make it something different. We know more about our character, we’ve learned about Shadow’s backstory and how his wife’s actions had a major effect on who he is.