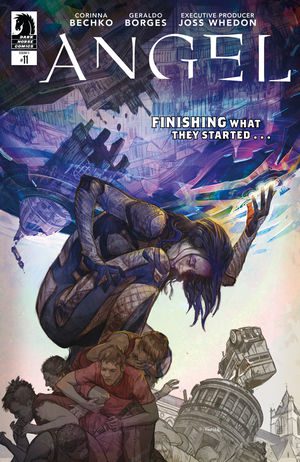 So, I personally haven’t had that much exposure to the Buffy world. I have only seen one episode of the show and a few episodes of the spinoff Angel. So it was interesting, to say the least when I decided to review this book this week. I wanted to throw that out just so you all have a good grasp where I am at going into this new issue. You know what is the best thing about this issue? I actually didn’t feel lost. Even though I have no real investment in any of the character’s history such as Angel, Fred, or Illyria. It really helped reading the preview of what has been happening to the characters.

All I knew going in really was that the characters in this world deal with supernatural encounters and lots of magic. What I also liked is how the issue take itself seriously but it definitely has its tongue in cheek moments. Here is Angel who seems to be in a weird position with where his feelings are for two women who share the same body and it just makes him jumble words, as he doesn’t really know what to say. You know what, I like that. What exactly are you suppose to say anyway? How can anyone on either side of this be wrong about being a little mad or upset or confused over something like that? So with that, I find Fred’s reaction rightfully so. 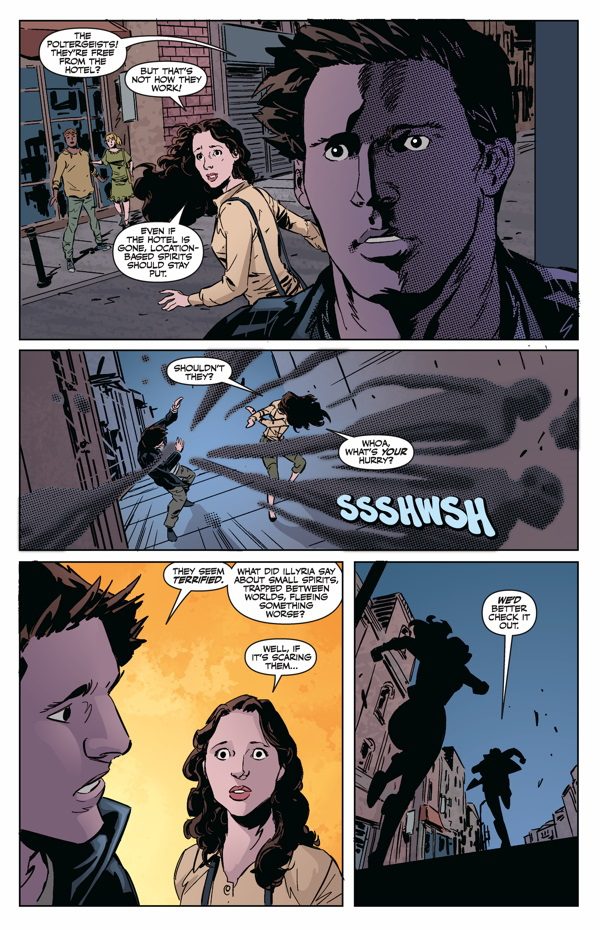 Even with all of the time traveling, giant plant monsters, and attempts to save the world. I enjoy how they don’t let their personal relationship affect their professional relationship here. Seeing how they are still trying to save people as things slowly escalate around them was entertaining. Illyria was the only character that I wasn’t really able to completely feel out on how I feel about her actions on how she decides to just sit in the back seat of this issue. I imagine many other readers will find her reasons understanding though. The art for this book is pretty great too. That with its coloring definitely helps make it feel more like a horror book series and I will say the characters are drawn pretty clean with no real rough edges like you would usually see in other horror-themed comics.

Even though I have small exposure to this franchise. I can certainly see why fans of this world can get into it and why they may find themselves enjoying this world continued in comic book form. The quality is pretty great and it seems like this book’s tone is nailed right where it needs to be.