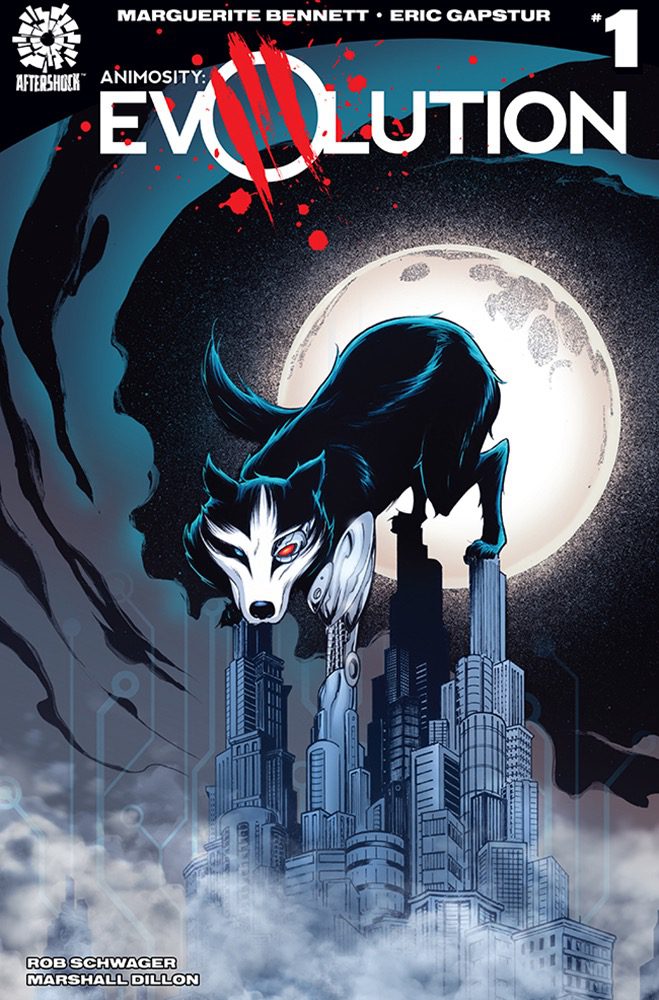 Animosity Evolution Is a new comic from writer/creator Marguerite Bennett (INSEXTS, Batwoman, Bombshells) from Aftershock comics. What happens if all animals and insects learn to talk and think for themselves? If They decide to take over and live like humans? Well, it’s not all steak dinners and all the free birdseed they want. They realize there has to be rules. There are different classes just like their owners and they have delegated food rations to ward off starvation. What else do they learn? They must have a leader and not everyone will agree with whom they choose. We meet “Winter Mute”. A mysterious part wolf, part husky, part Malamute. She’s holding everything together which means a lot of them want to tear her apart.

I loved the first issue! It was something totally different from anything else I’ve been reading. It touches on politics but not in a pushy way. When you read the main character Winter Mute’s dialogue, it’s really easy to get into her character and feel for her plight. Also, the relationship between Winter and her “Human” Adam, is touching and holds your attention. He stands up for her. I get a mentor vibe at first but then I can see it’s more than that. They definitely care about each other. There’s so much going on! I fell in love with the characters I’ve met so far and can’t wait to see where it’s going. For anyone who only reads superhero comics, I think you’d enjoy this. Minus a spoiler, this is definitely looking like we get a hero…or two. It had pretty much everything I look for in the comics I read. Especially a first issue! 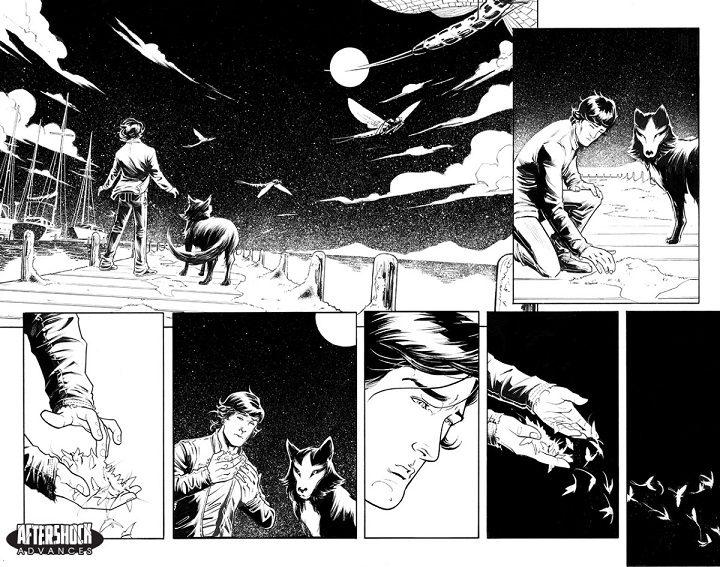 Animosity: Evolution #1 has the character building needed in a first issue. The action was good, yet at a slow enough pace to not overcrowd the storyline. Also loved the stylistic art and the ability it has to evoke such personality with the faces of these creatures.