Another day, another Marvel casting call.

A new Ant-Man and The Wasp casting call we’ve uncovered is looking to hire intimidating goons that look like they could “terrorize”. The wording there could be revealing a bit.

-Tough, bully or thug look. Would terrorize someone. 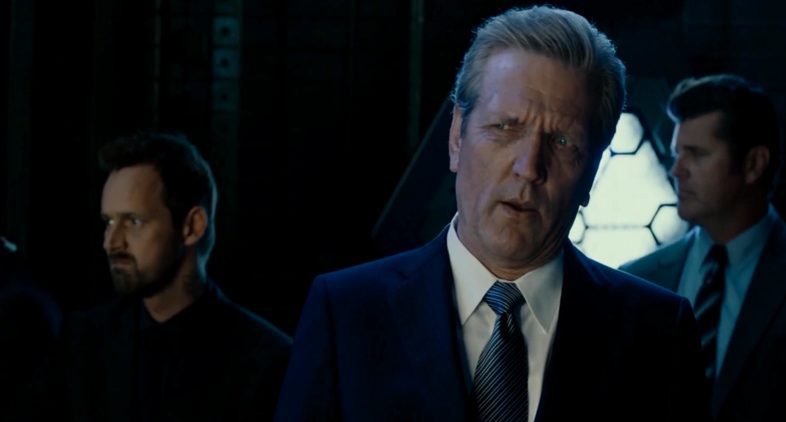 It’s possible they could be average criminals, but the wording here suggests we could see the return of the goons from the first film. They acted as personal bodyguards for former SHIELD leader Mitchell Carson (Martin Donovan), and included goon with a Ten Rings (MCU terrorist group) neck tattoo.

Carson walked away with a vile of Cross’ Yellowjacket formula which I’m sure could cause problems.

The global terrorist group was first established in the Iron Man films and seemingly are focused on gaining advanced weapons technology. We haven’t really seen the group since Iron Man 3 and it was curious when they resurfaced in Ant-Man. Marvel Studios left a window open that terrorist group is still a threat and the real Mandarin is kicking around in the MCU.

Have you seen this:
A New Animated Mortal Kombat film is in Development

Walton Goggins’ character Sonny Birch is a Cross Tech person. However, it’s up in the air how they’ll want to tackle the expected villain in the film. Placing him alongside Carson or with villainous groups wouldn’t be hard to imagine. Birch has connections to Iron Man villain Obadiah Stane, who had worked with The Ten Rings (also selling Stark weapons), so that could be explored as well.

Sonny Burch was the chairman of Cross Technologies, an advanced weapons designer firm which was once affiliated with Obadiah Stane. In later years, as the Under-Secretary of Acquisition, Technology and Logistics, Burch became the main weapons acquierer for the US Government, supplying them with prototypes of advanced weapons technology through his defense contractors.

Ant-Man and The Wasp will continue to film until November and will be released on July 6th, 2018.