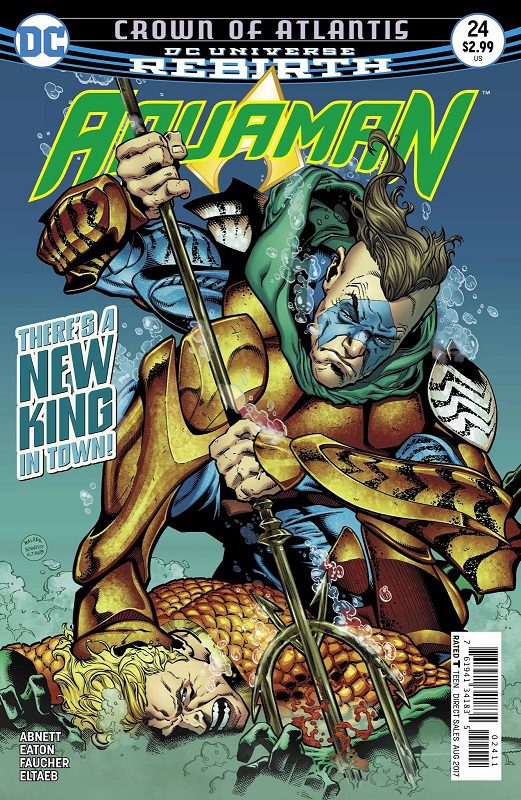 The adventures of Aquaman’s fight to reclaim his throne has taken a turn for the worse. Dan Abnett has continued putting Arthur through the ringer and I must say that this would be a story that I wouldn’t mind seeing in a featured film.

The strength’s in this book is Abnett’s ability to mix all that we love as fans in a comic book story which is the amazing superhero action with a combination of cutthroat politics. Between the strong writing and Scot Eaton’s art, they were able to perfectly capture the confusion and frustration Arthur was experiencing with the elders who refused to accept Aquaman’s progressive way towards peace with the surface world. 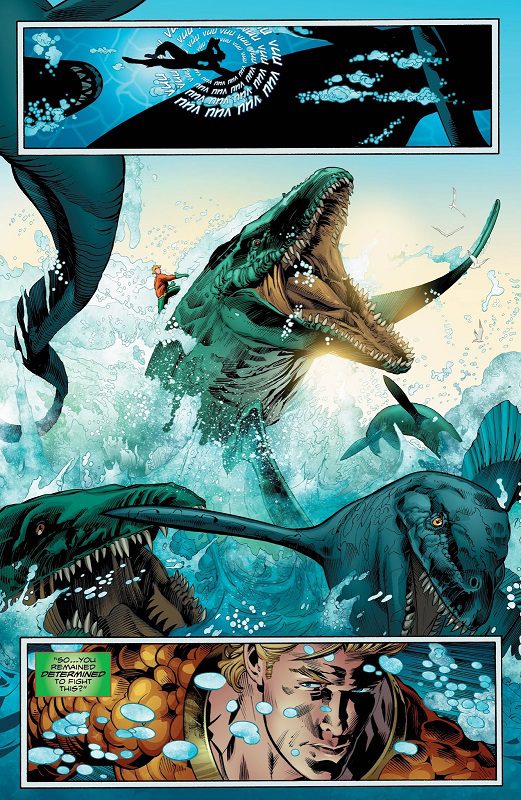 certain situations but the betrayals or the twists makes me believe that nothing good will be coming in the near future.

This issue also provides an interesting wrinkle in Arthur’s and Mera’s relationship that I believe will have lasting effects in the future. Is their love for one another enough to move past Atlantis and live life in the surface world? Or does the Throne of Atlantis reign supreme? We also can’t overlook that a character from Arthur’s past will be revealing herself in future issues.

The creative team of Abnett, Eaton, and Briones have hit this issue out of the park and I wouldn’t be surprised at all if this ongoing battle between Arthur’s ideals and now Corum Rath’s and the Elders dated traditions throws us through a few more loops before a resolution is made.