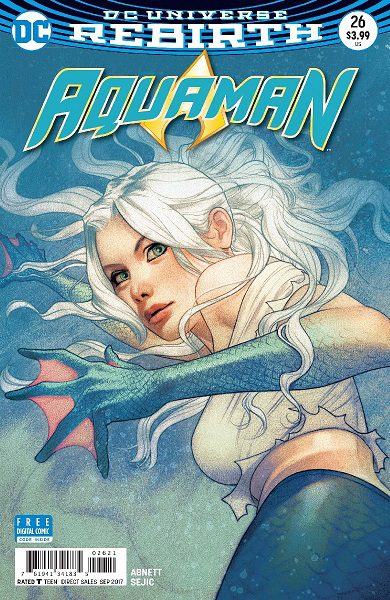 It’s hard to imagine that Aquaman could look any prettier than it did in the last issue. But Stjepan Sejic has done it again with this issue and I can’t believe I am going to say this but he might have topped his previous work.

The story of Arthur and Dolphin continue as they attempt to escape the Drift Pack. During these moments we are introduced to some of Dolphin’s awesome powers. With that being said just as the drift was approaching them both. They heard the mighty blows that Mera was unleashing on Atlantis’s Crown of Thorns.

Dolphin leads Arthur to her hideout and was introduced to a group of “undesirables” who have been disregarded due to mutations. Meanwhile, Vulko is being interrogated by Murk on who he was trying to contact and has given what seems to be another chance by Reverend Mother Cetea. 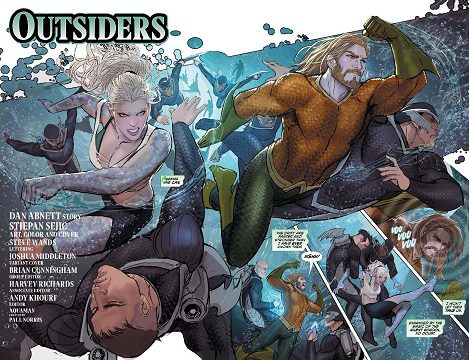 However, it looks like Arthur and the undesirables are not out of the woods yet as it looks like Krush has other plans. This is the first book that I read every month that it is out and I must say that this book is only getting better. Abnett and Sejic are a force to be reckoned with.