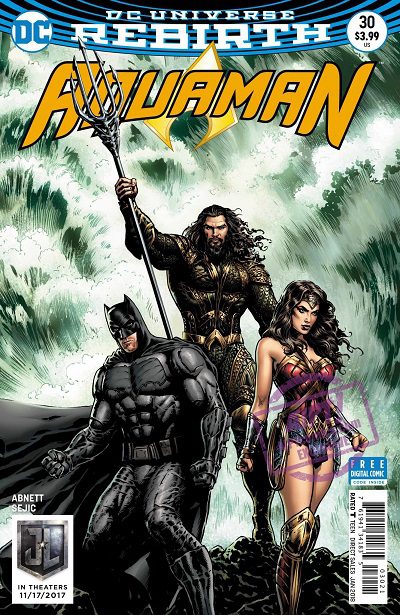 Aquaman has been building us up with an uprising and a rebellion group to go against King Rath and his tyrannical rule. This new issue brings us closer to a resolution as we see the rebels begin their attack as they have also been inspired by the whispers of the “Aquaman” who is helping citizens of Atlantis. Dan Abnett brings us fun banter and great dialogue making our Atlanteans feel genuine and real. Stjepan Sejic’s art also matches the beauty and colors of the underwater society. Probably one of the best things of this entire arc has been the balance of bringing in action and multiple characters scenarios that are all happening at the same time.

I absolutely loved seeing the Undercurrent’s coming together as they know something needs to change with under their current ruler. They don’t believe in their current king and don’t have many strong-minded people to lead them. However, their willingness to fight for what they believe in is what I think helps Arthur believe that they are ready to see that he is in fact still alive and ready 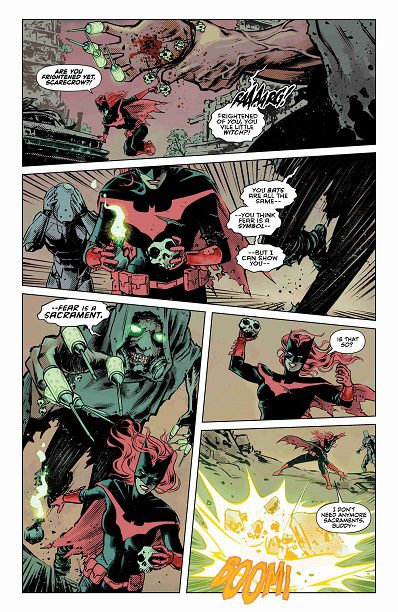 to help them succeed in their cause. There are a couple of big things that happen in this issue when it comes to Arthur and Mera as they continue to fight. We see a creature that is unwilling to listen to Arthur and his commands. Mera after succeeding into Atlantis with Garth’s help can now no longer breathe underwater when in the premise of Atlantis.

I find these important, as it’ll be interesting to see how they’ll have Mera continue on her journey. Which can be fixed with an amulet. I do hope to see something very creative here with her though. With Arthur, I wonder what other creatures Rath has under him that won’t be willing to listen to him and we could potentially see a massive fight with Arthur against a giant sea creature. Garth seems to be finished with his involvement in this adventure, but perhaps with Tula’s help, they can find themselves back in the fight. Whether that it’s just to help the citizens of the Undercurrent or to have Arthur the Aquaman take back his title as King of Atlantis.

Aquaman still brings some action while also slowing down in this issue to revolve more around its plot as we are setting up for the uprising of a new era in Atlantis.