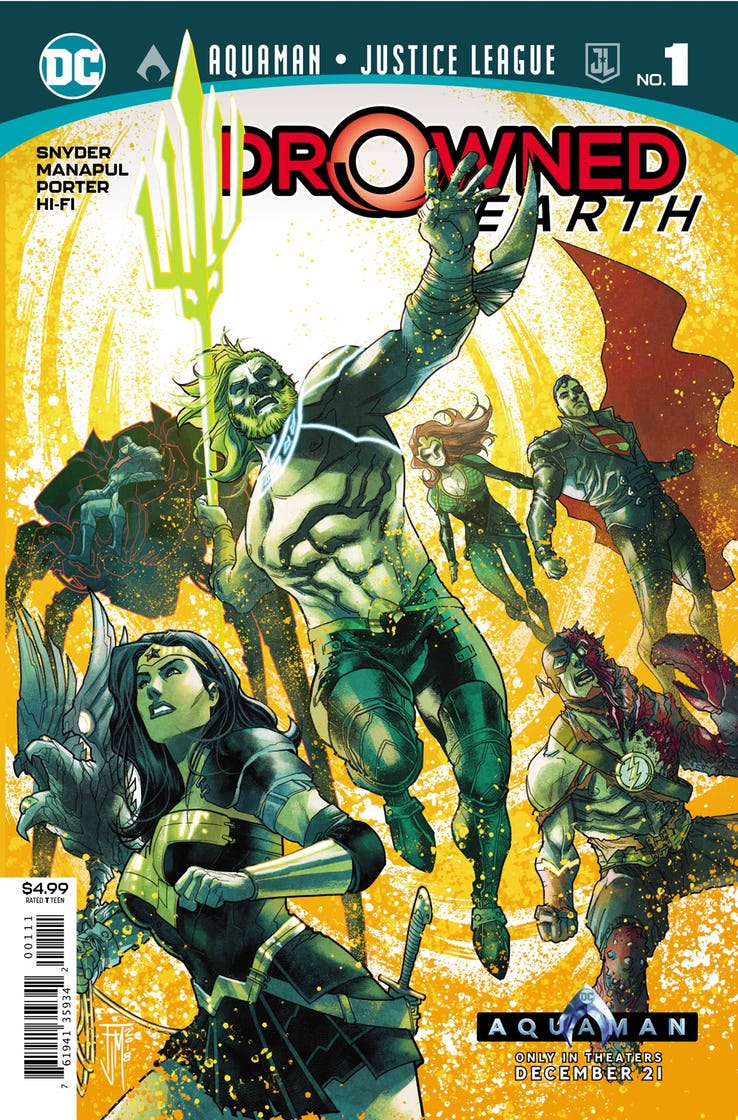 Arion’s vision comes into focus as he teams with the societies of the world to create Atlantis. His vision includes teaming up with Amazons and others to fulfill his dream. The dark side of his dream is the focus of this finale.

Superman, Mera, and Flash continue to fight the transformed heroes and villains. With their backs against the wall, they decide to re-open the vault and are rescued by Arthur and Diana. The heroes have the means to end the threat of the Sea Gods once and for all. Unfortunately, Arthur wants to reason with them. A plan that Mera is violently opposed to.

The gods decide to fight back by bringing in the Death Kraken who can destroy all life if it touches the water. The League has to fight both the transformed, but also the Kraken to prevent it from touching the water. The fight gets more complicated when Manta decides to work his own angle with Aquaman’s powers.

Further complicating matters is the fact that the Legion of Doom is still working their own plans behind the scenes. With Diana at the center of the Earth trying to launch the Atlantean spires into space, Cheetah’s presence makes that task harder.

There are so many intricate layers to this story and each one works in tandem with the others. Snyder nails this finale with moments of drama, passion and sacrifice. All of the dramatic elements worked, especially the conflict between Arthur and Mera. There is so much drama and rising tension in this issue and it kept me turning the page to see what happens next.

Manapul, Porter and Godlewski’s dramatic art is breathtaking in this issue. The art perfectly matches the drama of the story. There is a fluid element to the panels that I love.