The big screen debut of the King of Atlantis is already in pre-production. Locations are being scouted and tweeted out by the film’s director James Wan (The Conjuring). The cast, including Jason Mamoa, Amber Heard and Patrick Wilson have been meeting and going over the script. Production teams are being hired and getting to work. All of the elements of the beginning of production are in place. So why is the movie not premiering on its original October 5, 2018 date? 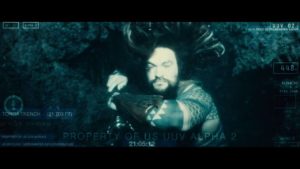 According to multiple reports, the film is moving from its original premiere date to later in the year. Aquaman will now dive into theaters on December 21, 2018. While there are many who may see this move as another sign of trouble for the DC Extended universe of films, it may prove to just be a good marketing decision. That opening date was originally reserved for the first of  James Cameron’s multiple Avatar sequels. With that films release being moved, that slot is now open and Aquaman will be competing with the animated Miles Morales Spider-Man movie.

With both The Flash and Batman films being rewritten, this news is still decidedly good news in Warner Brothers favor. Aquaman will next appear in the Justice League movie this November.