This is a quick glance and review of various comic titles being released this week. Please enjoy and join me next Wednesday when we do it all again. 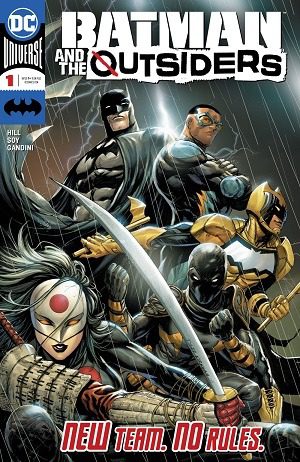 Batman and the Outsiders #1

The new Outsiders team of Black Lightning, Katana, Signal, and Orphan are gathered together by Batman to fight the fights he can’t be bothered with. Any time a Bat-related book is lite on the use of Batman fans seem to shy away. Add in the element that the members of this team don’t want to be teammates, to begin with… you are talking about a rocky start for a book that is just beginning. The saving grace of this introductory title is Dexter Soy’s amazing artwork. This is a series for hardcore Bat-fans; the rest of the comic world is going to let this series pass.

This title is best served when Jones is on art chores. Her gorgeous take on Selina is “can’t miss” and the comic severely suffers when she steps away. While Jones might be writing this installment, her replacements on art duty are a far cry from the artwork that we have come to know and love. 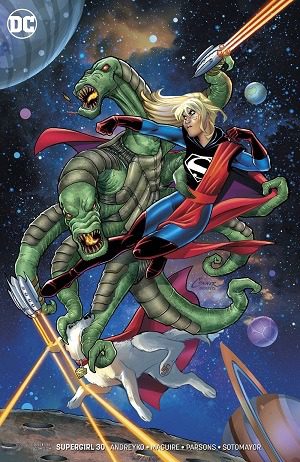 This is the big showdown between Supergirl and the enemy she has been hunting for multiple issues now… the person responsible for the death of Krypton. It’s a big-time blow up as Supes is pushed to her limit and comes within a razor’s edge of crossing the line. –Great scene with Krypto in this issue that Super-fans will love. Maguire reminds us why he is the master of facial expressions with his incredible art. A solid offering, but I’m curious to see where the comic is going to go from here.

The plot in this issue plays off of the old saying, “ Be careful what you wish for”. As Diana comes face to face with a life she thought she wanted and the beautiful Goddess Atlantiades. While the story might be a slightly confusing mess, it is 100% the artwork of this comic that saves the day. Xermanico is pulling out all the stops providing such lavish visuals to WW that it harkens back to the days of George Perez. If the editors at DC do not start paying a king’s ransom to this artist immediately then they are the biggest idiots the industry has ever seen. 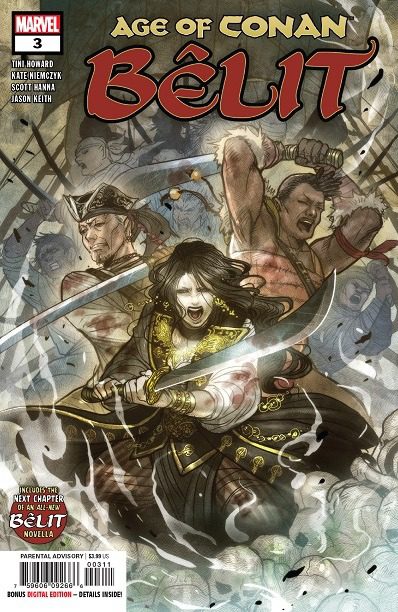 The story of the pirate princess Belit continues in this issue as tempers flare among the crew. Now that Belit has been challenged she must make a choice; yield and lose face or stand and deliver her sword to any that stand in her way. Considering this comic has one of the least likable leads, and an unlikable cast, you can guess which she chooses. The story is weak, filled with bickering and shouting among characters that we don’t have any investment in. The art was a terrible muddy mess; looking like an offering that you would expect from a small Indy publisher, not the House of Ideas. Pass on this.

This issue is sure to be an instant fan favorite and a classic Spidey tale that readers will share for years to come. If you have a heart then this comic will remind you why you fell for comics in the first place. The highest recommendation I can possibly give. Now hand me a box of Kleenex! YOU’RE THE ONE CRYING! I JUST HAVE SOMETHING IN MY EYE! 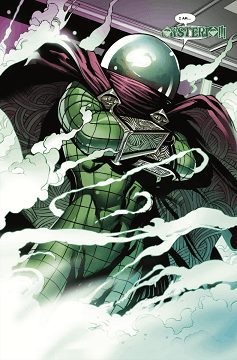 What starts out as a typical bad guy team up between Mysterio and a low-level bad guy turned stuntman Hardrock takes a drastic turn when the symbiote that is Spider-Man’s suit decides to defend itself. It’s a scene so gruesome that Mysterio vomits in his fishbowl helmet. This comic is just superhero goodness provided by two pros that are still at the top of their game. The comic is entertaining and fun, and this series looks to be picking up steam as it moves forward.

This series wants to be The Wire or a Law & Order knockoff so bad that it can taste it. The trouble is that the dialogue overload and subpar art is a hurdle too high for new readers to enjoy and too complex for established readers to keep up with. The series wants to be a deep crime thriller but just comes off choppy and misdirected. I really wanted to immerse myself in the storyline and get lost in the drama… instead, I just got lost. 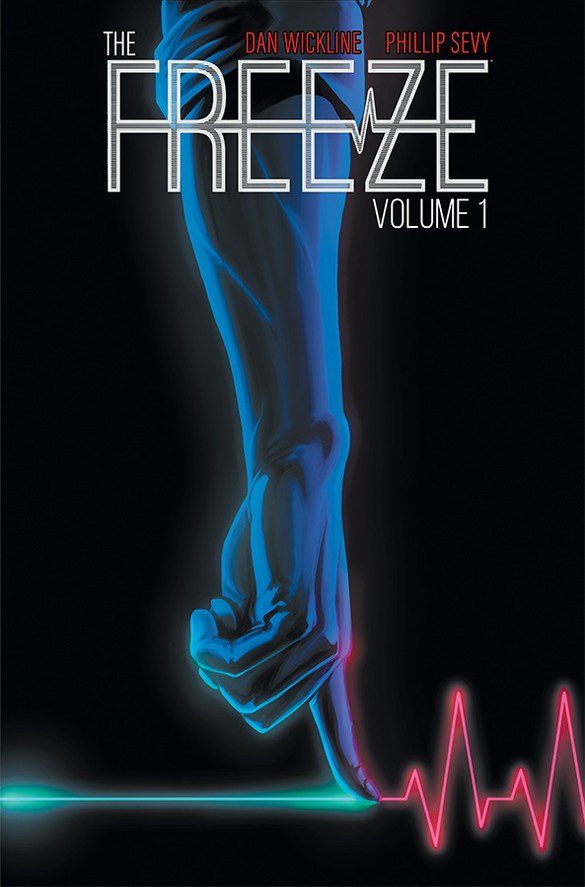 In a world where everyone is frozen, the man that can move is king. This new series from Image tore up the internet with buzz before its release and this graphic novel contains the first four issues. The idea is that everyone in the world has experienced “The freeze” locking people in place and only Ray Adams can “unfreeze” them. Between a worldwide catastrophe faced by the survivors and the serial killer that walks among them, there is more than enough here to keep readers coming back.

In the vein of Sci-Fi adventure of the Fantastic Four and the oddball encounters of the supernatural seen in Hellboy, this book is campy fun. What starts out as a mummified fish-man’s corpse in the desert leads to sabertooth tigers, dinosaurs, aliens, bug boys, and so much more! This is just a fun series and one that has the legs for a nice long run in the industry.