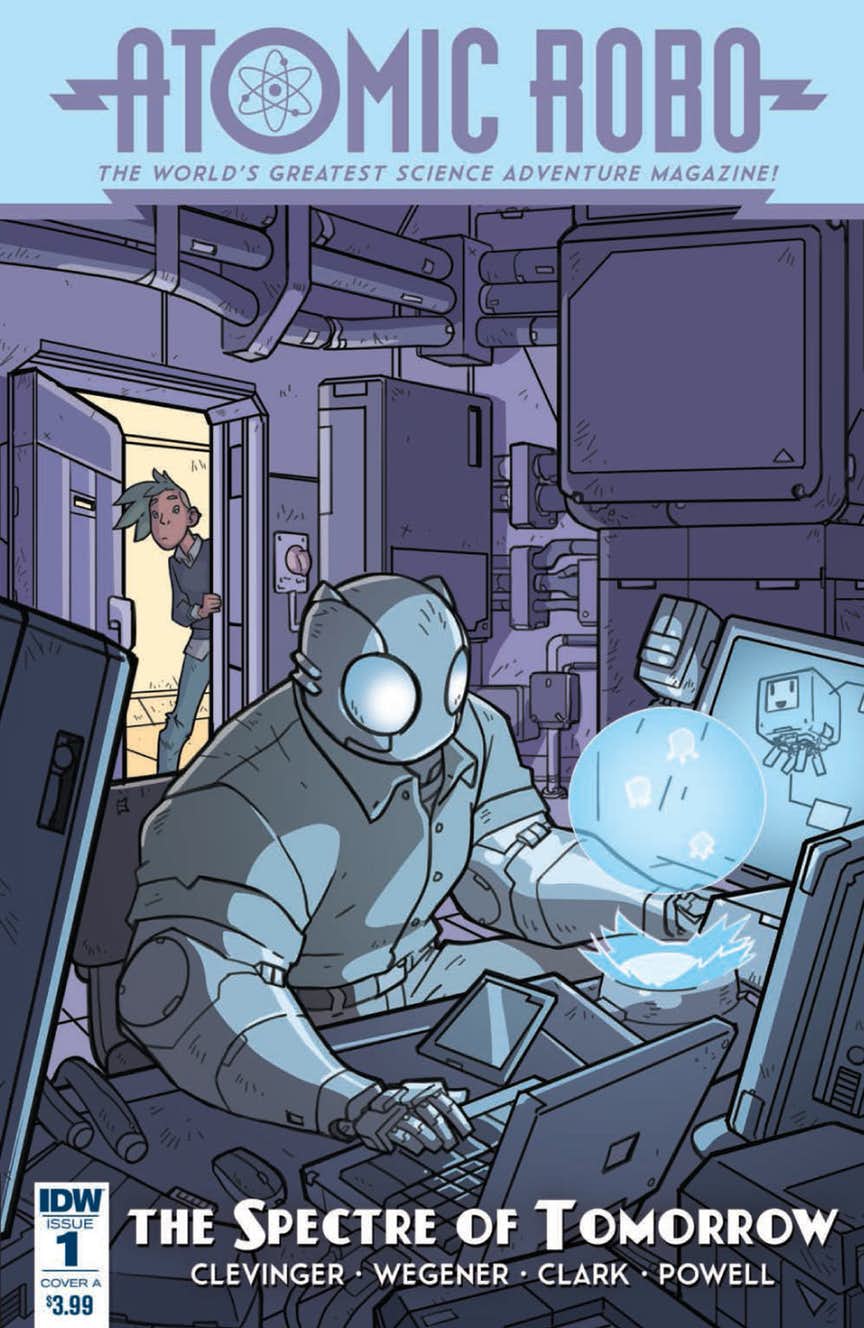 Atomic Robo: The Spectre of Tomorrow is a modern day science fiction story. The story is taking place at some sort of hangar in New Mexico that revolves around a team that appears to be excavators and scientists. The issue firstly focuses on introducing our characters with Robo being the last one shown on the team. First, we have Foley who is used to introduce everyone else. She seems to be the most curious and adventurous one as she has just come back from her first solo mission. Next is Doctor Lang who seems to be serious when things are needed to be done. I did have a good small laugh as she is on the phone with customer support to get new toilets installed. Anyone that has ever dealt with this kind of a situation can understand the frustration, especially when it deals with something important. Toilets are important.

Have you seen this:
See What Pixar Has Dreamed Up for Disney+ and Theaters

Doctor Abasi is next who we get next to nothing about who he is or what he does. At best, I can only describe that he handles the paperwork for the 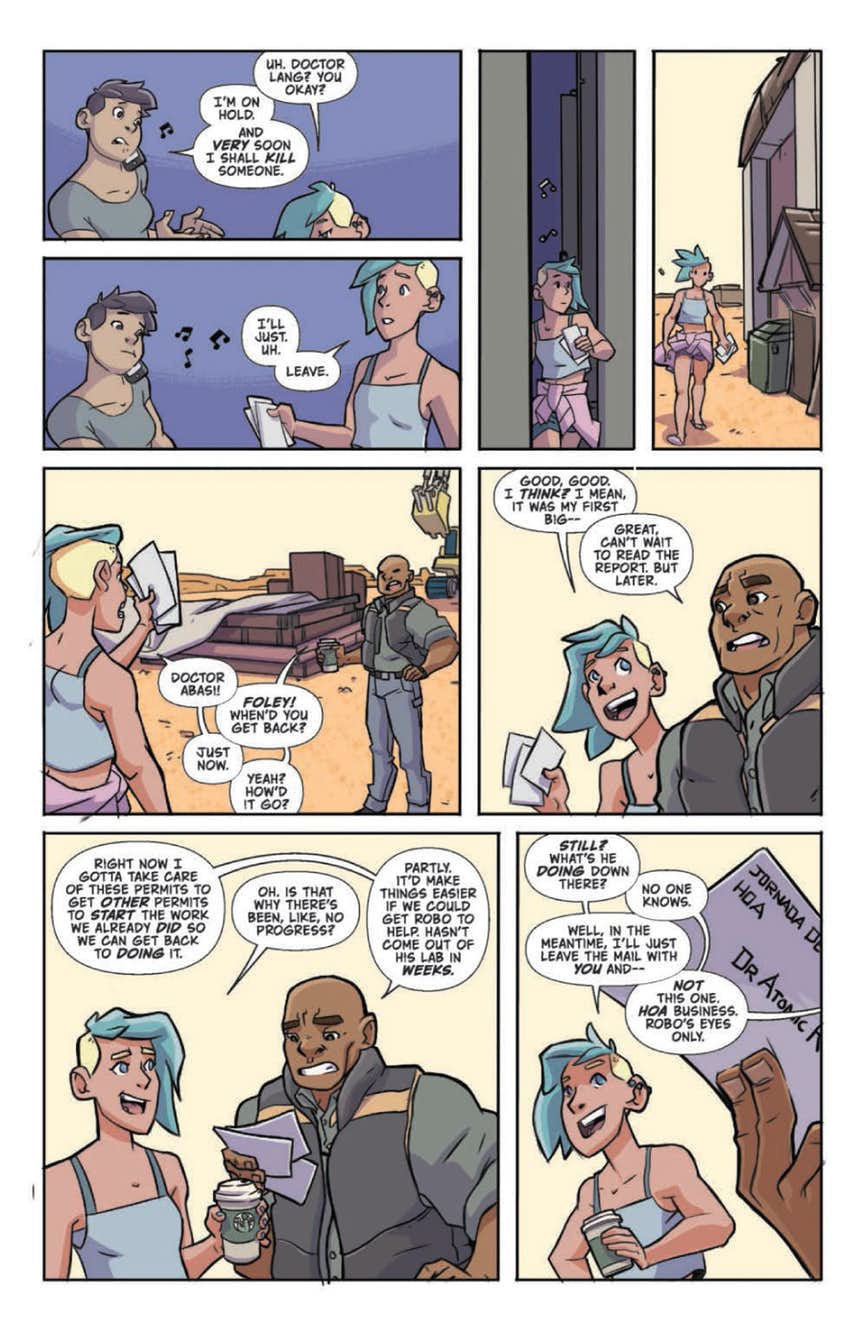 team. Not exactly the position you think a doctor would have but perhaps later down we will understand more about him. We get to Doctor Fischer next and he seems completely out of touch with reality with having some of the more comedic responses to Foley’s questions. He is also the only one in this issue that leaves us curious on what he is working on. We finally then get to Robo and I have to say that I was a bit underwhelmed with him because I’m not sure what is so special about him at this moment.

He just seems like a regular scientist kind of person who just enjoys being in his labs going over his work. That is where my problem begins with this issue. We get very little glimpses our characters and no real attachment or weight in this issue which isn’t really selling it. There is definitely some enjoyable humor in the writing but its story progression seems to not be the focus in this issue. The art does a nice job though to help make you feel like you’re watching an animated series off of a network like Nickelodeon or Cartoon Network. The best I can hope for is that book picks up immensely in its next issue.

Atomic Robo: The Spectre of Tomorrow #1 does a decent job of introducing its cast but leaves a lot to be desired for fans of the sci-fi and robot genre.