Attention Destiny’s Entitled Children: The Writing’s on the Wall

The entitled Destiny fans of the world need to take a step back and reevaluate their outrage to the recent announcement that their progress will not carryover to Destiny 2.  The very existence of Destiny has been rife with controversy and poor decisions, yet somehow, you Guardians have collectively poured MILLIONS of hours into the game.  You may feel that entitles you to some sort of compensation in Destiny 2 however, I regret to inform you, YOU ARE WRONG.

What so many of you fail to remember is Destiny was less than stellar when it was launched (and arguably isn’t now). Gamers marveled at the promised potential of this new, fully realized, science fiction universe.  There is no denying that Bungie’s shooter mechanics are second to none, but this game initially landed with a thud.  While I personally blame the state of the game at launch on Activision, for driving away all of the talent that would have made this a solid title from the get-go, the truth is, when it did launch, we didn’t get anything that was promised.  In the pantheons of video game history, it seems to be forgotten that the story and campaign of Destiny were completely scrapped, some speculation says as close to launch as 6 months prior.

The developers were in such a rush, they made IN-GAME references to “not having time to explain” and stories “they couldn’t tell you.” In many ways, the launch of Destiny was more disappointing than that of No Man’s Sky.  In No Man’s Sky, you have developer Hello Games, which has only ever made something as grand as Joe Danger.  In Bungie, you have the creators of the most seminal and revolutionary first-person shooter in the console space, Halo.  Somewhat ironically, even though Bungie failed to deliver on any of its Destiny promises, many of you outraged Destiny players cite Bungie’s insistence that Destiny would be this perpetual title, with no “sequels” and be “MMO like” in that way.  You tend to forget that Bungie walked back from that idea to investors about a year ago, more or less confirming their focus was Destiny 2, which should have been your first clue that the original Destiny isn’t really an MMO.  That said, did you REALLY want an MMO on a console?  Let’s examine the very idea of that for a second…

What would an MMO on a console really look like? 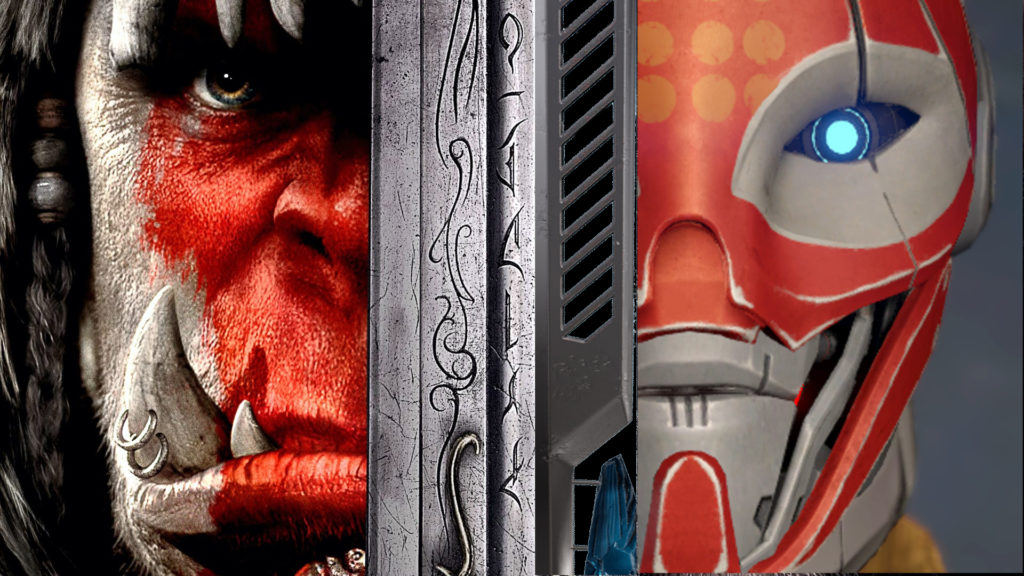 The console space presents serious challenges with making something truly MMO/WOW like. The hardware, and underlying systems, change too drastically in the console space to carryover for 15 years like World of Warcraft has. You certainly don’t want console generation growth to be restricted by the architecture of the systems and games developed 2 or 3 generations ago (let alone JUST a generation ago). It’s simply a completely different market than the PC market. Someone spending $800 on a video card for their PC remains content playing their 15 year old games, but someone spending $500 on a brand new console wants something prettier to look at that shows off how much more powerful their new console is. Console players are obsessed with the “next generation” where PC players think “Hey! Even my old games improve kinda!” Nintendo is a great example of that. They haven’t changed much in the last 10 years. The Wii isn’t really more powerful than the GameCube, and the Wii U could barely keep up with the 360/PS3 generation (despite being the ‘next gen’). Their first party games have been consistently good to great, but the majority of console gamers want to be able to play the latest and greatest Call of Duty, and Nintendo has continuously failed to provide consoles that will do that.

Even taking hardware and underlying infrastructures out of the way, there’s still the question of the payment models in the console space.  Simply selling expansions isn’t going to be enough to sustain the game for more than 3 or 5 years, which is evident in Destiny’s continual decline in active users.  Destiny’s active player base has dropped off significantly in the past year, from a reported 30 million active players to around 12 million today.   Monthly fees certainly can’t be considered either since console players are already paying an annual or monthly fee to Sony or Microsoft to play online, which makes the prospect of an additional monthly fee all the more ridiculous.  With rare exception (FFXIV), the monthly payment model has proven to be less and less sustainable in the PC space. A Free-to-play or micro-transaction model is the only thing that stands a chance at sustainability in the console space for an MMO like game.  That said, I’m with Colin Moriarty when he said recently that F2P models were ruining the console gaming space. For what it’s worth, I believe Bungie is doing it right.  I prefer a game with a 2-3 year life cycle, full of meaningful expansions and content, followed by a mechanically improved, technologically superior, and fresh sequel once the original title has gotten stale.

Tech brings us to the next problem.  The issue with continuing to expand the first Destiny is that, on some level, its development was and is stymied by previous generation hardware. While I understand that the last expansion didn’t come to PS3/XBox 360, on some level, the game engine itself was still restrained by that hardware. Bungie undoubtedly wants to create the more open world/universe it had initially promised, a feat that wasn’t possible when restricted by the limitations of the PS3/360.

The final point I will make to the people who are upset about your virtual items and stats not carrying over I say this: It DOESN’T matter.  Let’s imagine for a split second that Bungie is making Destiny 2 ONLY for you old moon dogs (which would be a horrible basis for a business plan if they want Destiny to continue to grow). Even IF you got to carryover your stats and gear, the mechanics of the game would be built to essentially make you a level 1 character again. How quickly would you get bored?  Now, we KNOW Bungie isn’t actually making the game only for you Destiny Elites…They’re making it for the average consumer and returning player too. One thing that would guarantee Destiny 2’s failure is making an unreasonable barrier of entry for the casual Destiny player or average consumer.  How could Destiny 2 be successful if the hardcore players carried over from the first Destiny were overpowered to a point of boredom, and new or returning casual players needed to put 1,000 hours into the first game just to be on an even playing field with the hardcore players?  The game could never be fresh or exciting with those kinds of limitations, let alone successful.

All Guardians, past, present, and future:  rejoice in the possibilities and challenges presented by a new Destiny.  You have bled the original of all possible content and secrets!  Your passion and dedication to Destiny has insured the existence of Destiny 2.  A new Destiny which, almost assuredly, will retain the mechanics adored by Bungie fans since Halo, but will be unencumbered by the hardware limitations of the previous generation of game consoles.  Who knows…They might even have time to tell you a story this go around.

Oh, and Bungie, if you read this, can you bring back Marty O’Donnell and Peter Dinklage?