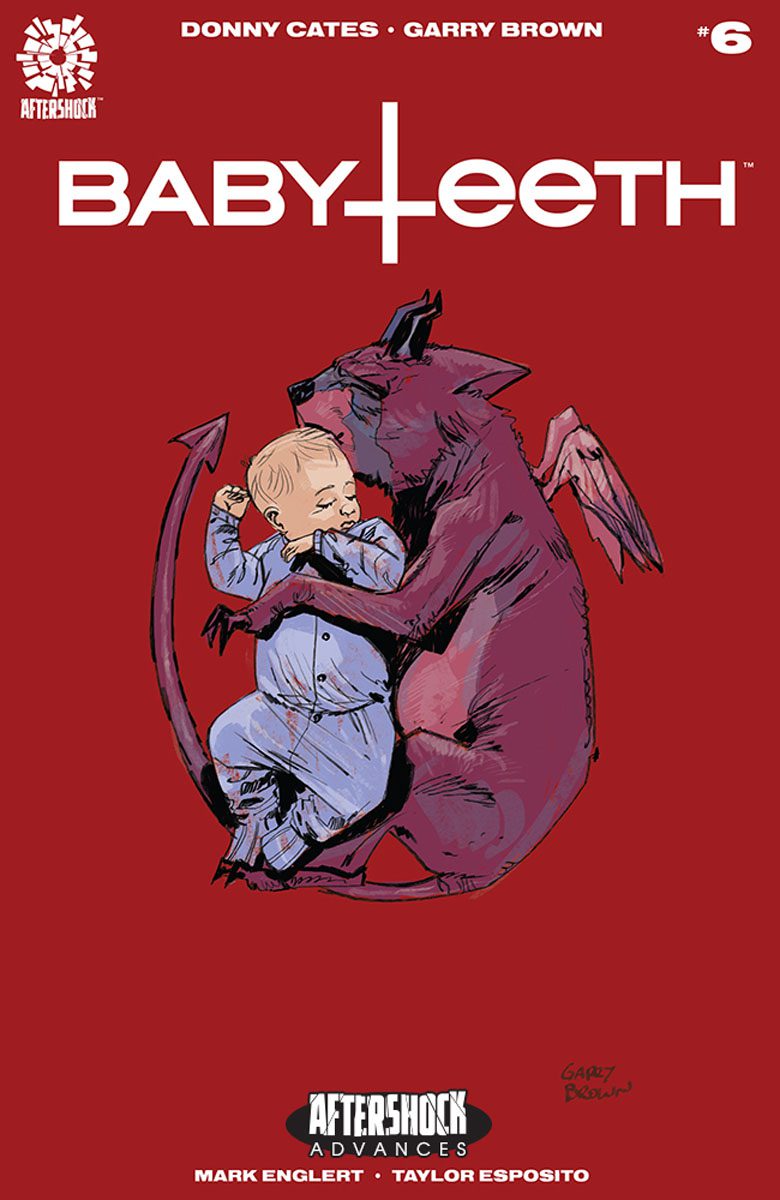 Babyteeth is definitely one of the best surprises in comic books to come out this year. It’s a fun tongue and cheek horror series that truly embraces how crazy and ridiculous its own story is. Sadie continues to show to be a very likable and understanding main character. You feel like you can relate on some level with the craziness that is going on in her life now. We all have gone through some mad times in our lives but Sadie at least tries to make the best of her situation.

I absolutely love how she is recording her story for her son who is some type of demon and higher being that gets her involved with a “cult” like society. Even though she is scared and you can see it on her face. Her bravery is shown as she is willing to protect her child. Demon or not, it’s her son and she will do all that it takes to make sure baby Clark is safe. Interactions between Sadie’s sister Heather and the magical wizard Dancy is just a lot of fun banter. The best part is how Sadie is calling Heather’s bluff telling her they should just make out already. Even though Heather is a complete jerk to others, she shows her loyalty to her family. She’s just a likable jerk, plain and simple. I feel like the only character we get little of so far has been Sadie’s father. But after what happened in this issue, I hope we get some more out of him. In a previous issue though, he definitely got his moments. 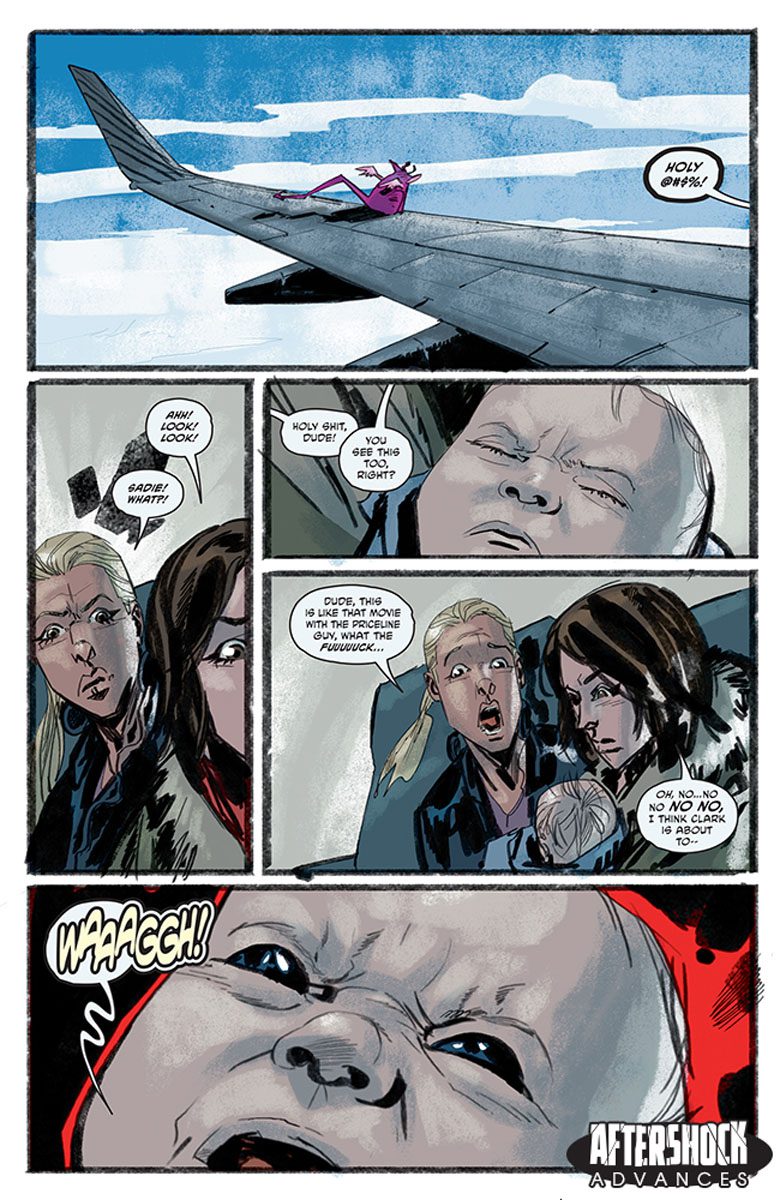 Have you seen this:
ShadeCraft # 1 (REVIEW)

I think what I find great about this story are its characters. The family of the sisters and father and how much they fight to protect each other. There are plenty of horror stories of demons and monsters. However, I feel like there may only be a handful where it surrounds a family for the most part. They don’t ask too much about the whole demon baby. Clark is family and that’s all that matters. That’s been one of my strong reasons to continue reading this series. The end of this issue definitely will bring a lot of questions for the family, as things in a way seem to be getting brighter (literally and figuratively).

Even when they finally reach the castle Dancy had told them about. They were shocked as it’s literally an old-style castle and how terrible it looked on the outside. This is a book where a demon has shown up with vague explanation and once its shown, its only described as a raccoon-type of creature. I love how they don’t even name what this creature is yet and I could care less as the general description coming from Sadie is just funnier and is more than likely what they’re going for.

Babyteeth is a world of demons, secret society’s, magic, bounty hunters, and a strong family. There is very little reason to not give this series a go for it is just simply too much fun with all the crazy in it.