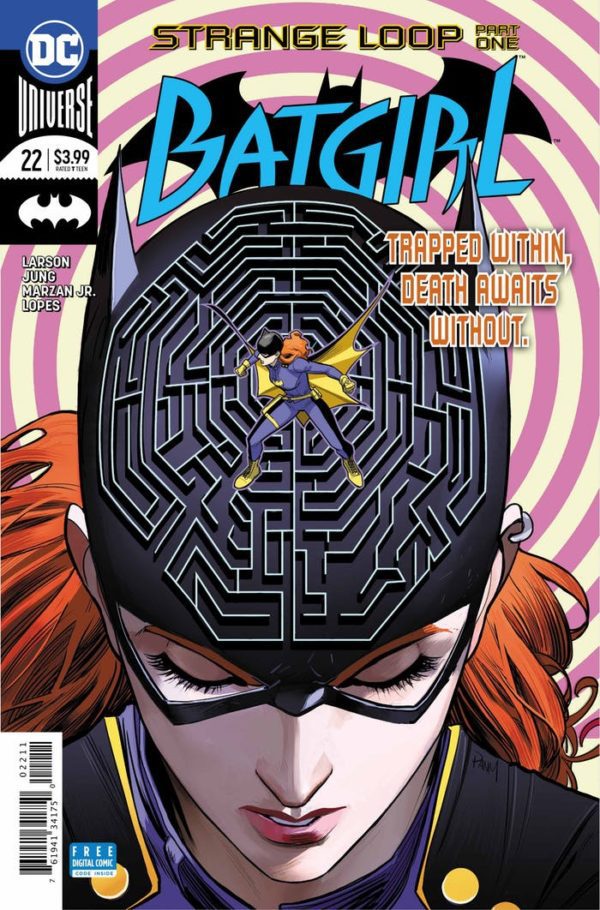 Strange Loop Part One, opens with Barbara Gordon on pursuit of foiling a criminal’s plans. The story centers on Barbara adjusting back to Burnside life after her trip to Asia & meeting former friends, Kai and May. At the same time, a new threat is emerging in Burnside that will put Barbara’s personal life on hold. Will she be able to juggle her life as Barbara? Or will the threat become too great for life as Batgirl?

This was a really fun read and a great return to Burnside for Batgirl. I’m a Batgirl fan and this was an excellent part one. Its premise is simple and easy to follow and I love how Hope Larson writes the character of Barbara here. There are moments that are really relatable. A panel involving her needing aspirin and a nights rest, that I found so enduring. The artists work is flawless and really highlight the differences in Barbara’s emotion as both Barbara and Batgirl. Subtle changes to her posture and facial expressions really portray the character well. It balances both dilemmas she has as Barbara and Batgirl beautifully as well as it separates the two personas of the character. If you like Batgirl you will love this first issue and it’s ending has a twist I didn’t see coming.

Have you seen this:
Death Stranding (PC Review)

Batgirl #22 is an excellent introduction to Batgirl and Barbara for those new to the character. And a great follow up to those familiar.

Batgirl comics DC comics hope larson
Are you an Insider?News, reviews, & updates are just the beginning.