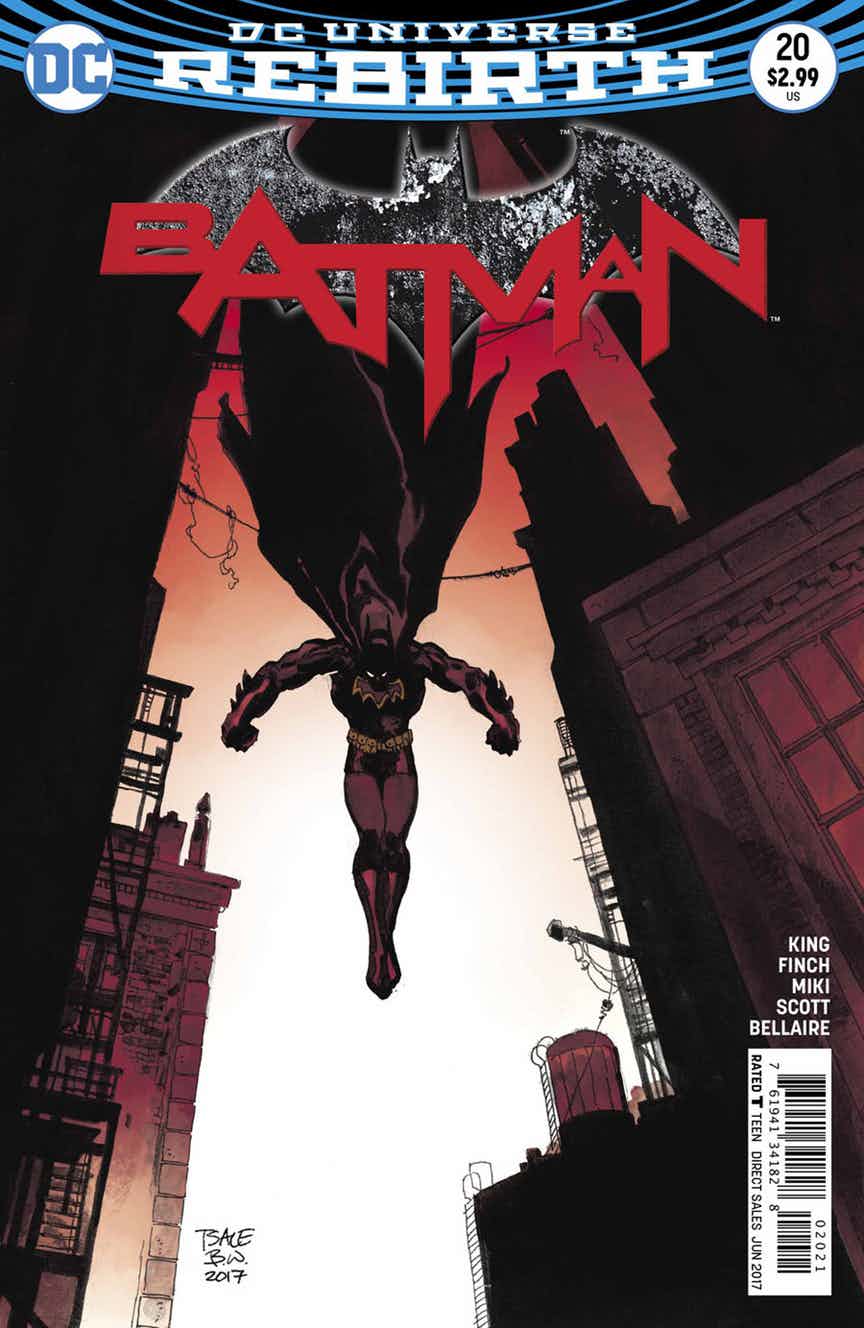 Approaching the first anniversary of Tom King’s Batman, issue #20 arrives right on time to reflect along with the reader as to what sort of ride it’s been thus far. After a shaky start and up and down middle portion, the last few issues, namely this whole “I Am Bane” arc, have been great. What looks like a conclusion to the arc, or at least its climax, is a fantastic issue. Though it retreads some both some past story beats and oft-visited themes, the art accompanying the story is phenomenal and the structure of the issue so well done that it’s a gripping and violent fight to the near-death for our hero. 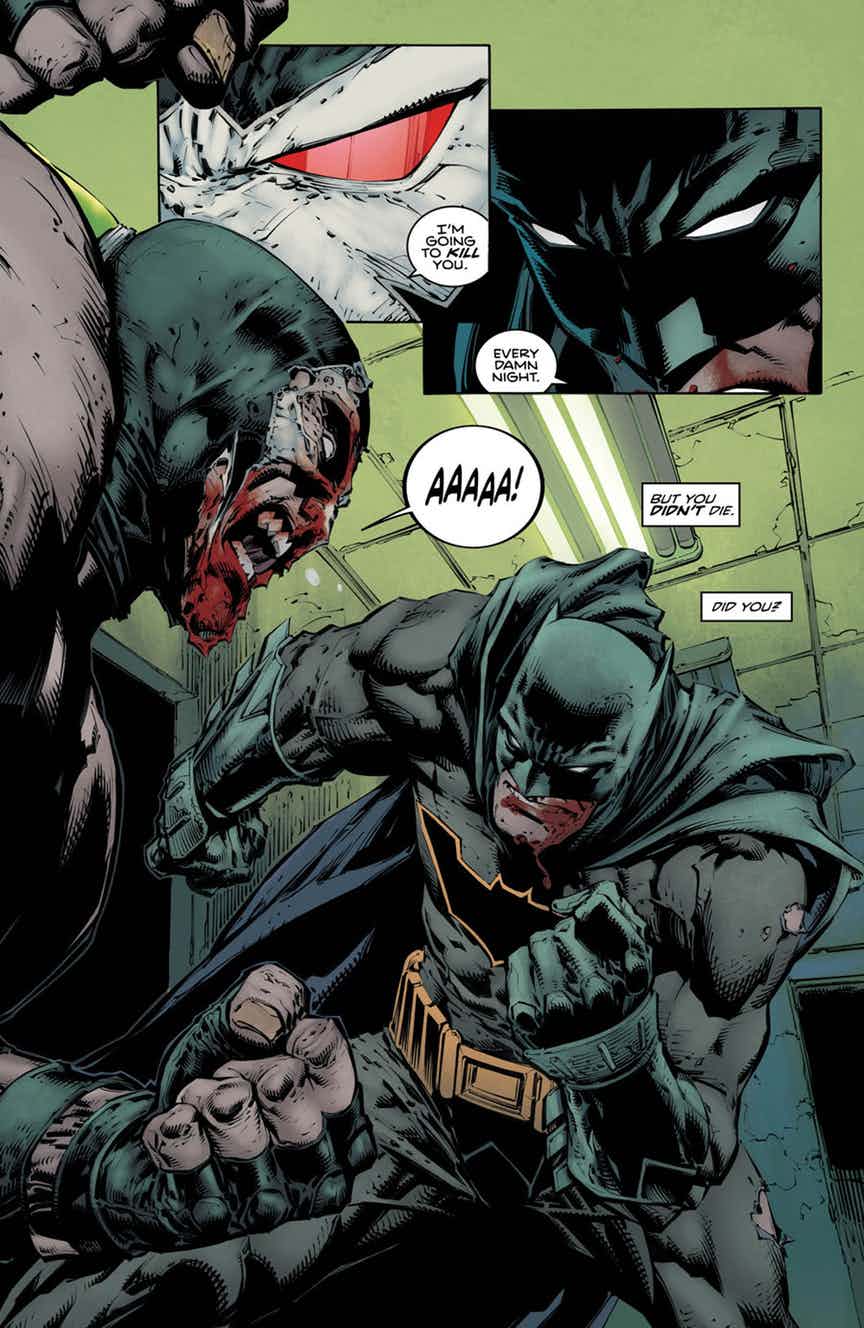 As the issue unfolded with so much narration repeating the major story beats that have brought us to this face to face battle between Batman and Bane, I found a lot of it to be unnecessary, like a clip show in the middle of the big fight. But by the back end and certainly the last page, it felt fitting the way it all happened. Without spoiling who it is narrating, suffice it to say the issue swiftly and stylishly balances this introspection with some truly brutal fight scenes. If Batman was anyone else — anyone in the world — he would likely be dead after Bane was done with him. Part of revisiting the earlier story moments hurt the issue because those early issues were the worst of King’s run, but thematically it all fits well that in this new context, I found it more tolerable and even enjoyable at times.

Batman’s writers look inward to the character more often than perhaps any other, so it’s not that the ideas we explore, namely Batman’s unbreakable will, are wholly new ideas. But this was never meant to be a rewrite of the character. Like any other mainstream run of Batman, we should expect not new versions of the hero, just exceptionally intriguing takes on his character, his psyche. Issue #20 succeeds greatly in that regard, but it’s made even better because of the accompanied art by David Finch.