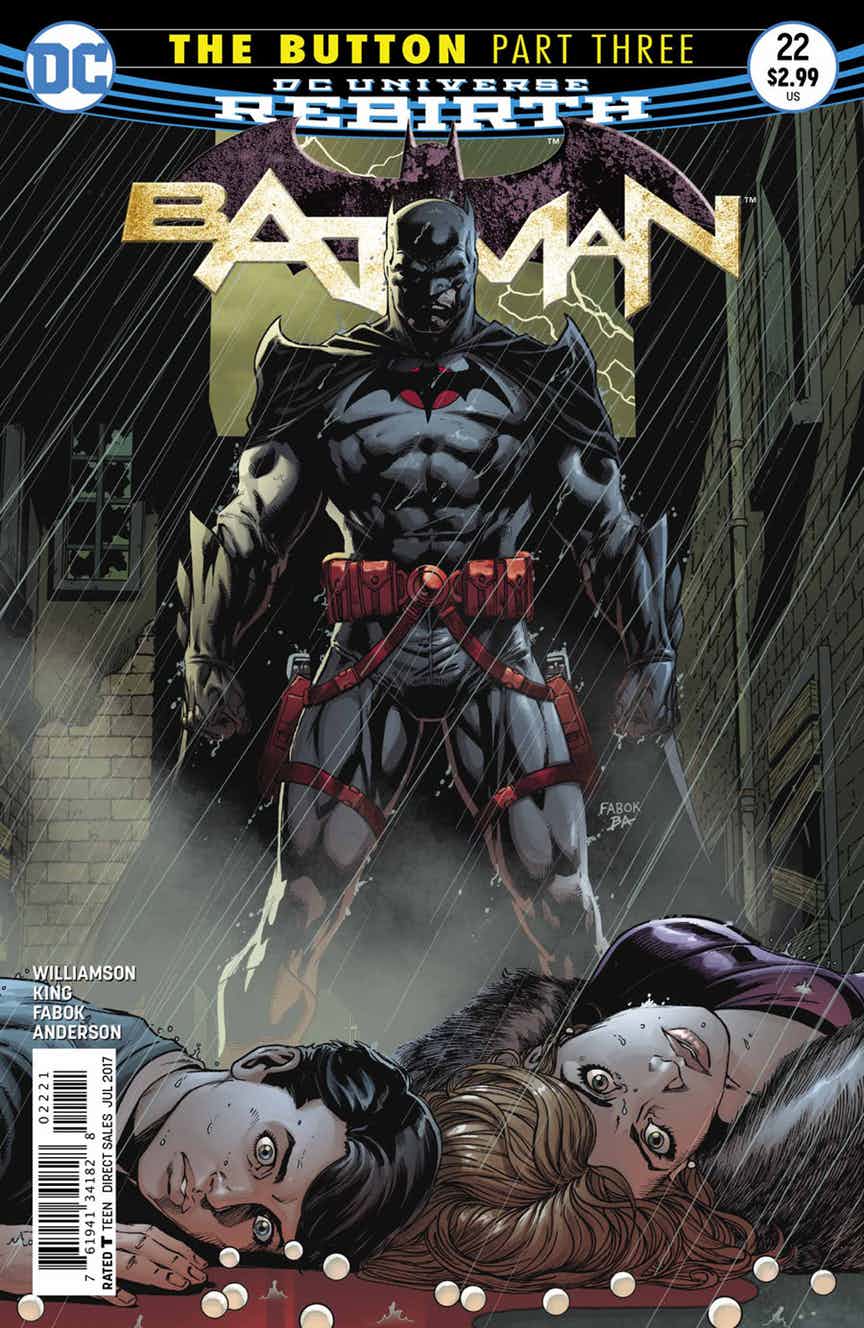 As both a reviewer and a fan, Batman #22 is a strange and unique case for me. I so often dislike and find annoying the way comic storylines will feed into one another and make it crucial that readers seek out other comics in the middle of their runs just to continue their stories. “The Button” arc is doing just that, opening in Batman #21, continuing in The Flash #21, and now coming back to Batman for this latest issue. Such is an approach that, at best, typically feels very confusing for someone who might only read a certain character (like me!), and at worst it feels like an obvious ploy to sell more issues. “The Button” arc defies that trend, as I see it, by knowing its convoluted plot needs some extra explaining, giving that explanation to readers, and telling a great story all the while.

Batman #22 picks up right where The Flash #21 leaves off. One thing I surprisingly enjoyed about The Flash was its self-awareness in how confusing the 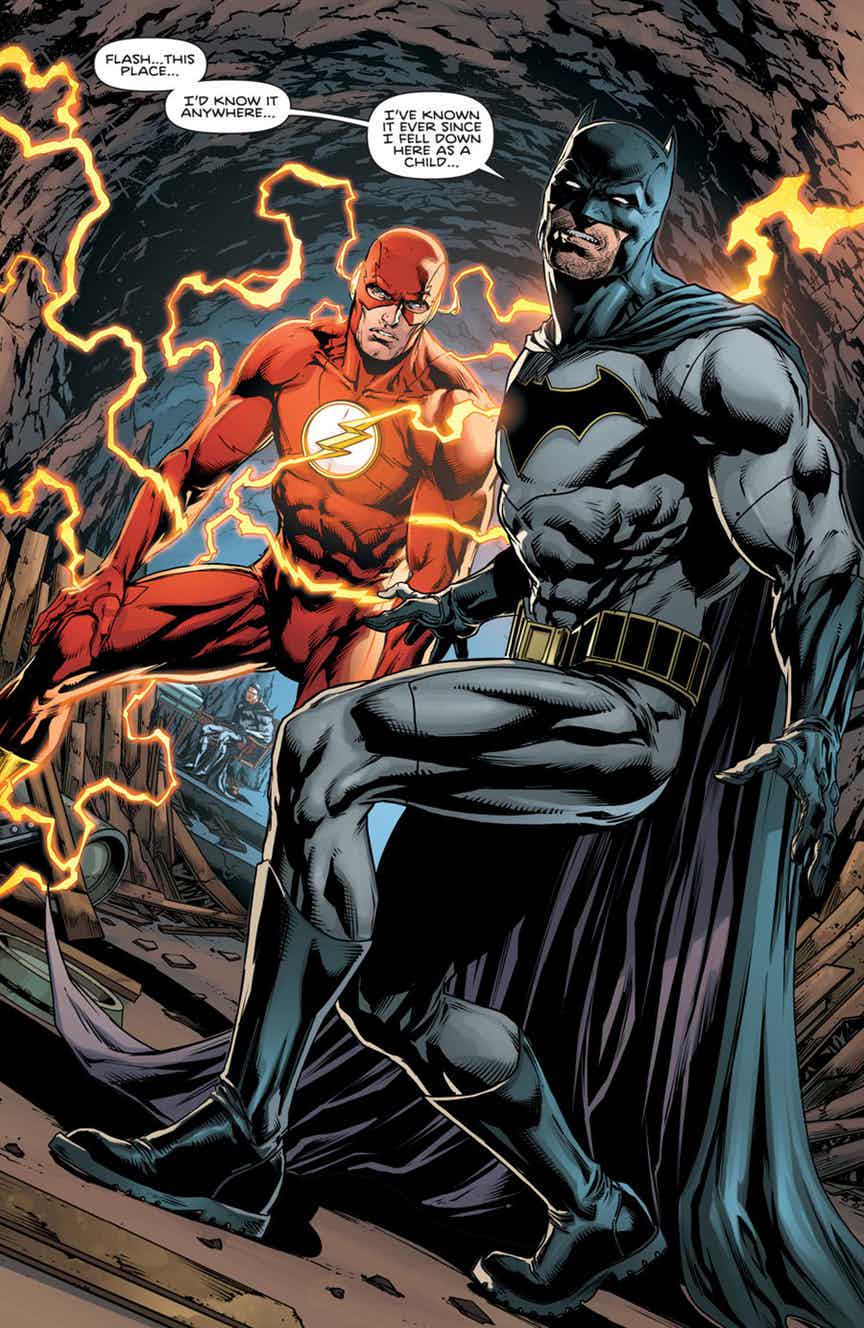 Flashpoint lore may be for those that weren’t familiar with it. Despite my typical allegiance to solely Batman, I’m actually pretty familiar with that alternate history plot, as it’s a major moment in the annals of DC storytelling. To revisit Flashpoint’s Batman, better known as Thomas Wayne — not Bruce — is already an interesting idea, but to do so with Batman in tow is what really sells this issue. I wouldn’t want to spoil the moment the two fateful heroes share, but if you’re a fan of Batman it’s definitely a moment you won’t soon forget.

The issue also has a fantastic new artist in Jason Fabok on pencils and inks and a vibrant effort from Brad Anderson doing colors that really makes each panel pop. Honestly, as a strictly Batman fan 95% of the time, I found a lot of what The Flash offers in terms of aesthetics to be very appealing, and quite refreshing, even if I’ll always love the dirt and grime of Gotham regardless.

Have you seen this:
Mank (Review)

In terms of the big picture, this issue doesn’t move the needle too much. This was designed to be a close-to-the-heart character issue for the Dark Knight, and both visually and in writing it really nails that. The cliffhanger at the end seems to indicate that we’ll be on track for the true driving force behind the narrative in two weeks’ time.