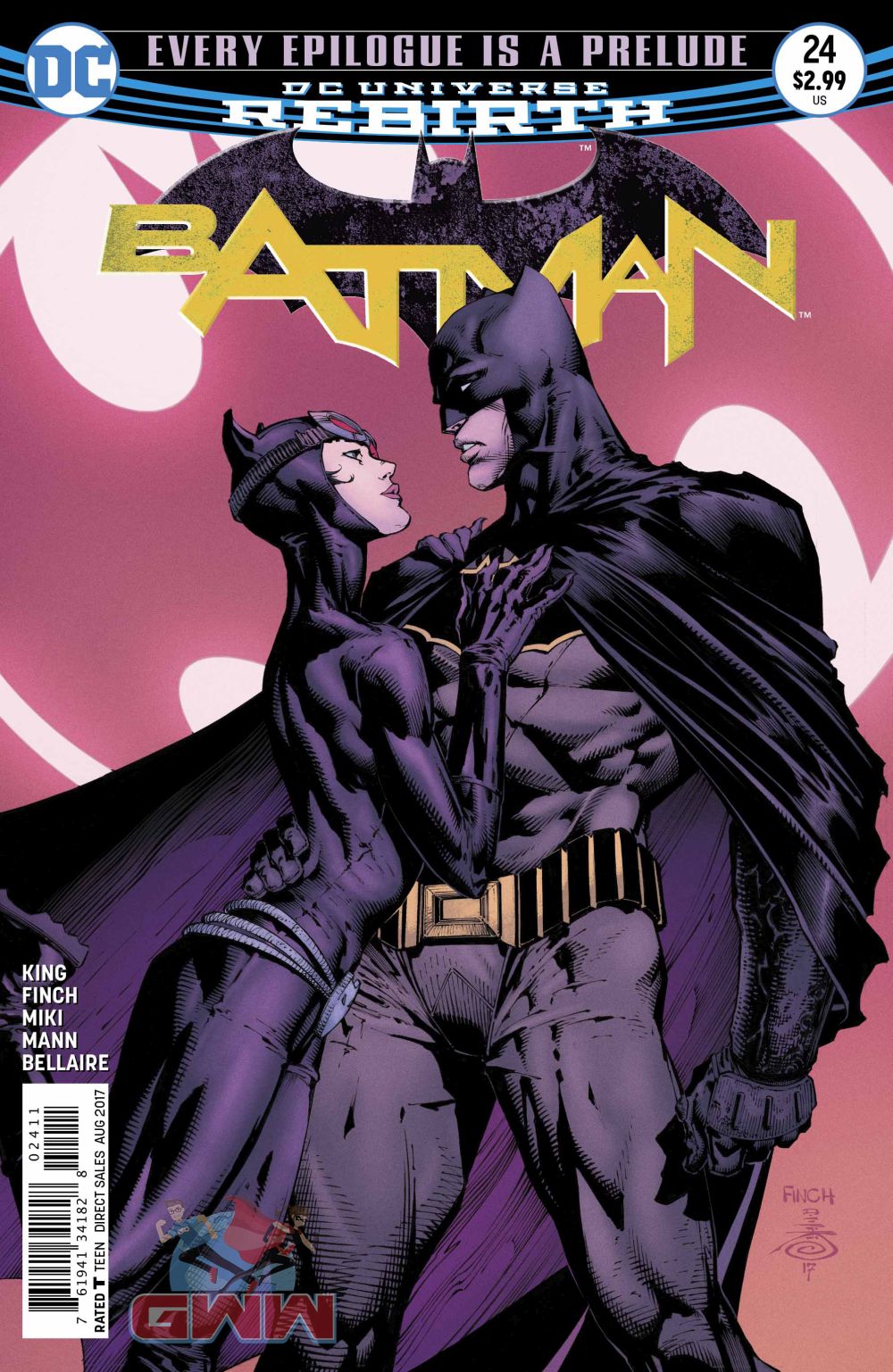 Batman #24 puts the main plot back in the spotlight in a fun way that is chronologically confused and introspectively interesting. What’s more, the issue is pencil-and-ink’d in a strange way with Finch and Miki doing half of it and the Mann brothers, Clay and Seth, handling the others. How it shakes out is the usual duo tackle the Batman and Catwoman scenes and the Manns take care of the Batman and Gotham Girl scenes.

It’s a lot of fun to see Gotham Girl up and about, seemingly fully healed at this point after the long journey it took to get her there. It’s noticeable to me that she’s much more enjoyable without her brother, not to be insensitive to the deceased Gotham himself. Something about the “Super Twins” always seemed cheesy to me, and maybe that was the point, but I still prefer this reality where it’s only her under Batman’s wing. In the issue, she grills Batman for some of his deepest thoughts, and what makes it fun is two-fold. For one, he actually answers her — a rare moment of emotional sincerity from the Dark Knight. On top of that, their conversation is spliced together with scenes between Bat and Cat — scenes that have huge implications going forward too.

The mix of artists doesn’t stand out too much as the visual stylings aren’t so different, though in color palette they are certainly well distinguished from one another. To my knowledge, this format hasn’t been done in the series to date, so it’s a refreshing mix, but also not one that is totally necessary. Finch has been away for several issues already so we’ve had a good run of other aesthetics pretty consistently.

This issue made me laugh out loud more than once with what was inadvertent humor from the titular hero even though it was much more intentional from the author. It’s also a funny issue in that it’s biggest moment, the panel that will have people talking, doesn’t at all relate to any betrayal, villain reveal, or character death. No, none of the typical comic book stakes this time. Just a cliffhanger unlike any other.