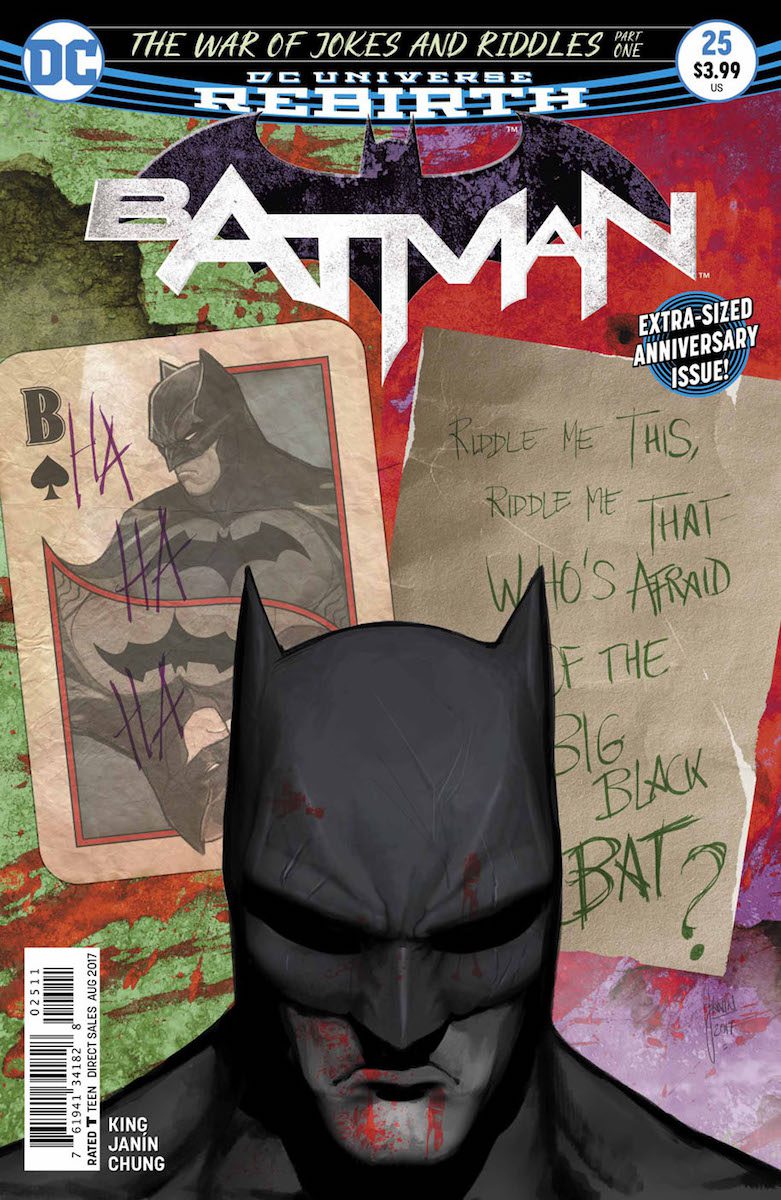 If you like the quieter moments that some single issues offer if you like the one-off tales from the periphery, the more introspective stories that comics will often utilize between arcs, if you like any of those things, understand that Batman #25 isn’t that. But as a comic fan, you must also enjoy the big bombastic scene-setters. And for that crowd — or just that version of yourself — Batman #25 is Tom King’s best yet. A new arc is coming and it has the makings of a blockbuster.

King, like many Batman scribes, loves to use puzzling narration from the titular hero as a framing device for this issue. The Dark Knight recounts the start of a 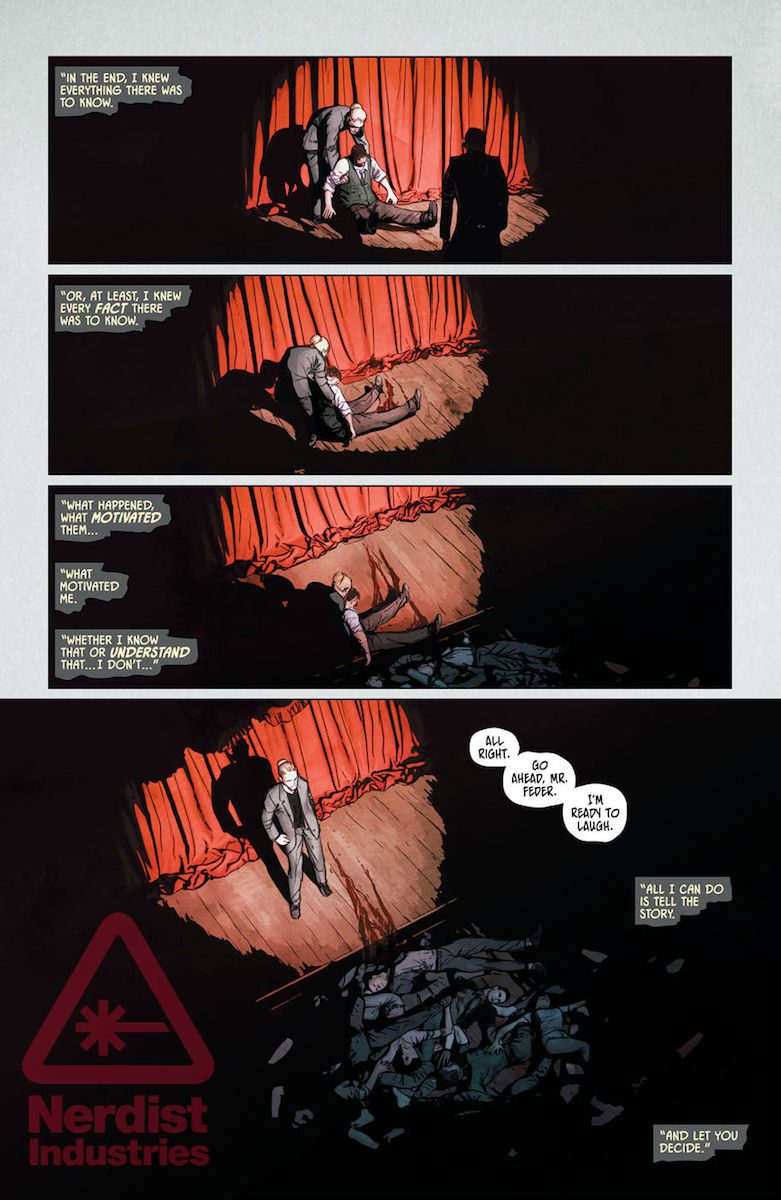 new blood war between Joker and Riddler, but by the end, the most exciting development — which is also the most brilliant piece of art in the issue — is the inclusion of essentially Batman’s entire A and B list of villains. Make no mistake, this issue serves mainly to set the table. It has action too, but like the opening heist in Nolan’s The Dark Knight, that action feels like only a tone setter to reel us in. It feels like much bigger things are coming, and I wouldn’t be very surprised if King kills off a main character. By that, I don’t mean he implies he will. I mean the stakes just feel like they’re about to get very high and anything goes for the author with about year of the hero now under his belt.

Mikel Janin returns to this arc, and once again he feels like a great fit. Nothing against Finch’s work as it’s also solid. Janin’s take just feels a bit darker, less mainstream. That’s a good thing for an arc that seems to promise a lot of blood and grit. His takes on the iconic madmen at the forefront of the issue are both routine (in the case of Riddler) and slightly and stylishly new (in the case of Joker). Despite some good work from King for the better part of the last 365 days, I haven’t found anything he’s done to be worthy of that “instant classic” designation the way Snyder’s Court of the Owls did back in 2011-2012. The War of Jokes and Riddles feels like it will be the most explosive and memorable arc of King’s reign so far if the setup delivered in this issue is any indication going forward.