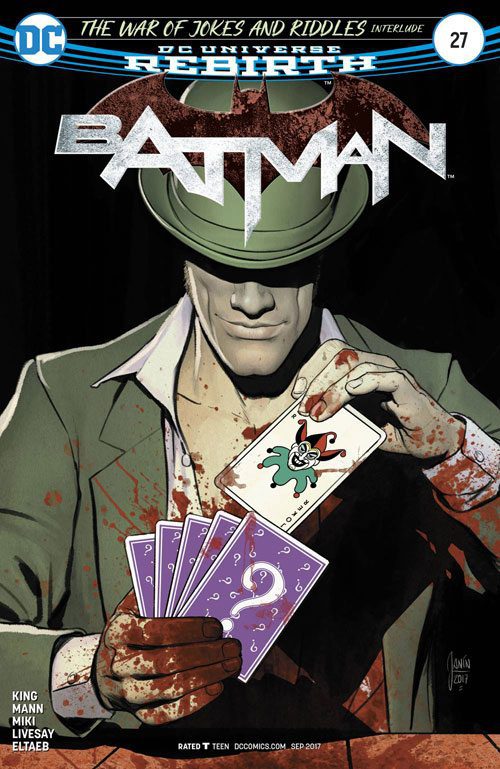 It’s fitting that Batman #27 features a character contemplating the difference, if any, between a joke and a riddle because by the end of it I was doing the same. This issue serves as an interlude, which could either mean a cool side story or an anime-like filler issue. By the last page, despite a good closing laugh, it feels mostly like the latter.

For an interlude with a different artist, issue #27 definitely feels like a pause, but it’s not a needed pause. The ongoing War of Jokes and Riddles arc was just 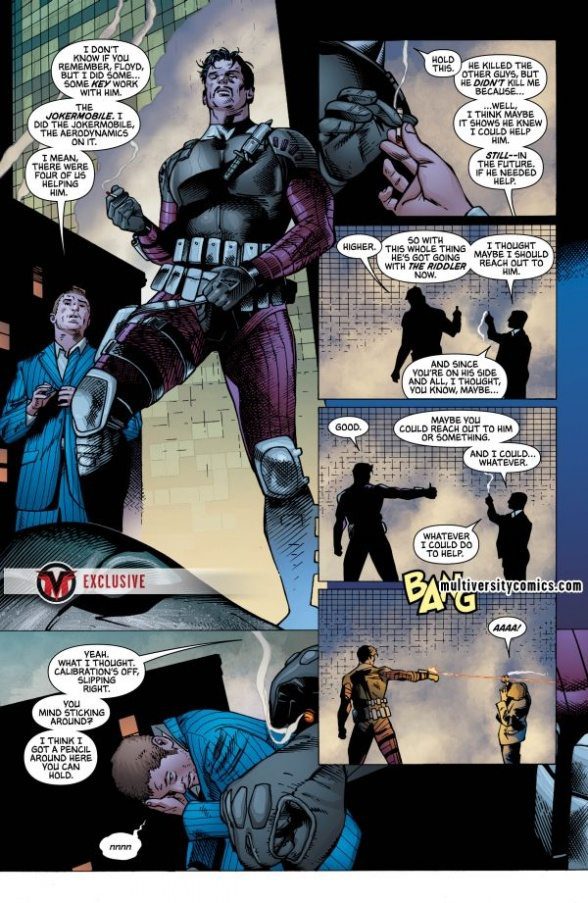 ramping up and suddenly, for reasons that probably involve behind the scenes work irrelevant to the storytelling, we’re given an aside. Issue #27 feels unnecessary, and more than that, it feels unwanted. The pacing is strangely written. It’s very hard to follow. At one point a character sort of recaps much of what we’ve seen so far, almost as if Tom King knew he would need to hold some proverbial hands with this one, and even then it was still confusing.

As has become customary, there are several great looking panels in this issue. It seems no matter who King works with, they’re going to draw something special. I still prefer Janin’s work over all others in this series, as he is a bit darker than Finch’s or now Clay Mann’s, but the art has been consistently worthwhile, which is more than I can say for the script this time around. The War of Jokes and Riddles was building up to something that could stand as King’s crowning achievement so far, and like comics are known to do, they’ve ripped us away to… stall for time I guess. That’s understandable if so, but issue #27 just isn’t a timeout worth taking. Its main purpose ultimately is to serve as a joke for readers, and it does ultimately succeed at that, but its scripting throughout feels more like a riddle to me.