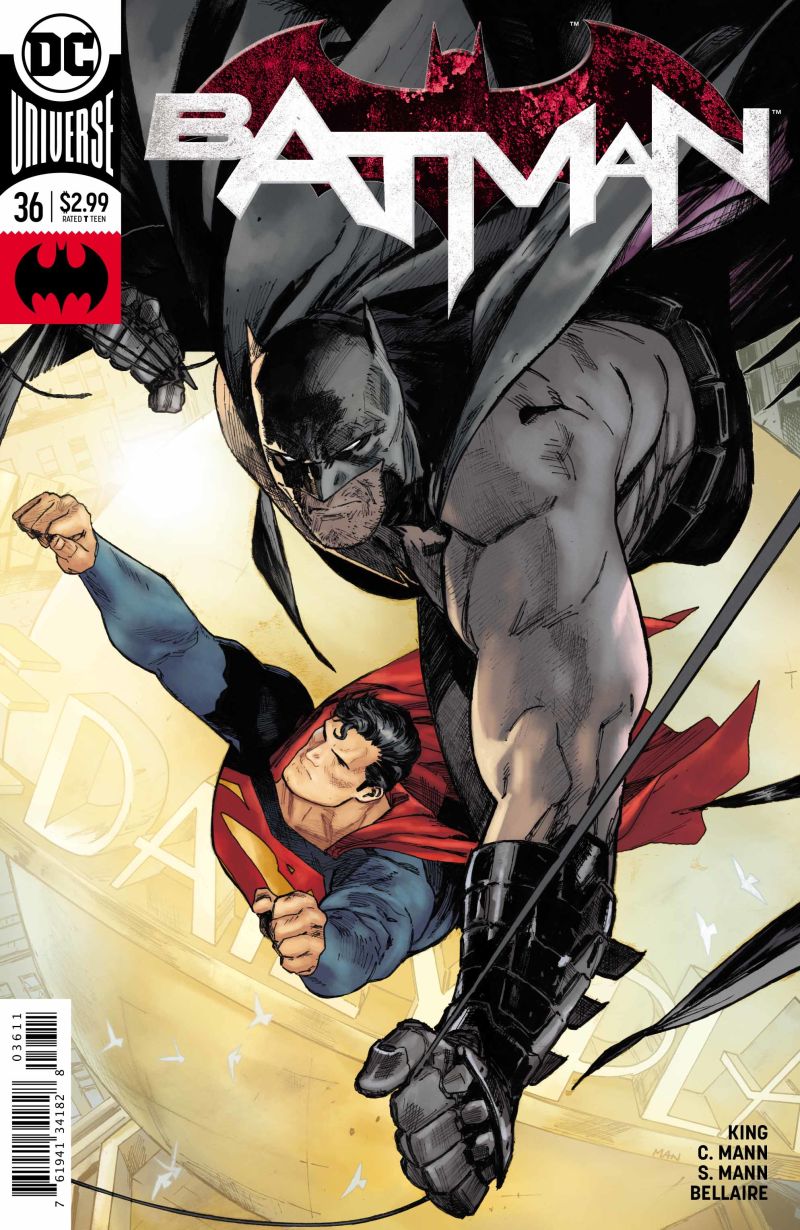 One of the prevailing questions that I and many comic book fans have had since the announcement that Batman was getting engaged to Catwoman was; What will the rest of the League think? It’s always been one of the most enduring aspects of Batman as a character that he is aloof and apart from the rest of the League and that his mysterious, brooding persona is not easily shed with anyone, especially his friends. So it’s interesting to see a story about Batman, Superman and their significant others that start with the two most powerful heroes in the DC universe afraid to talk to each other about something personal. 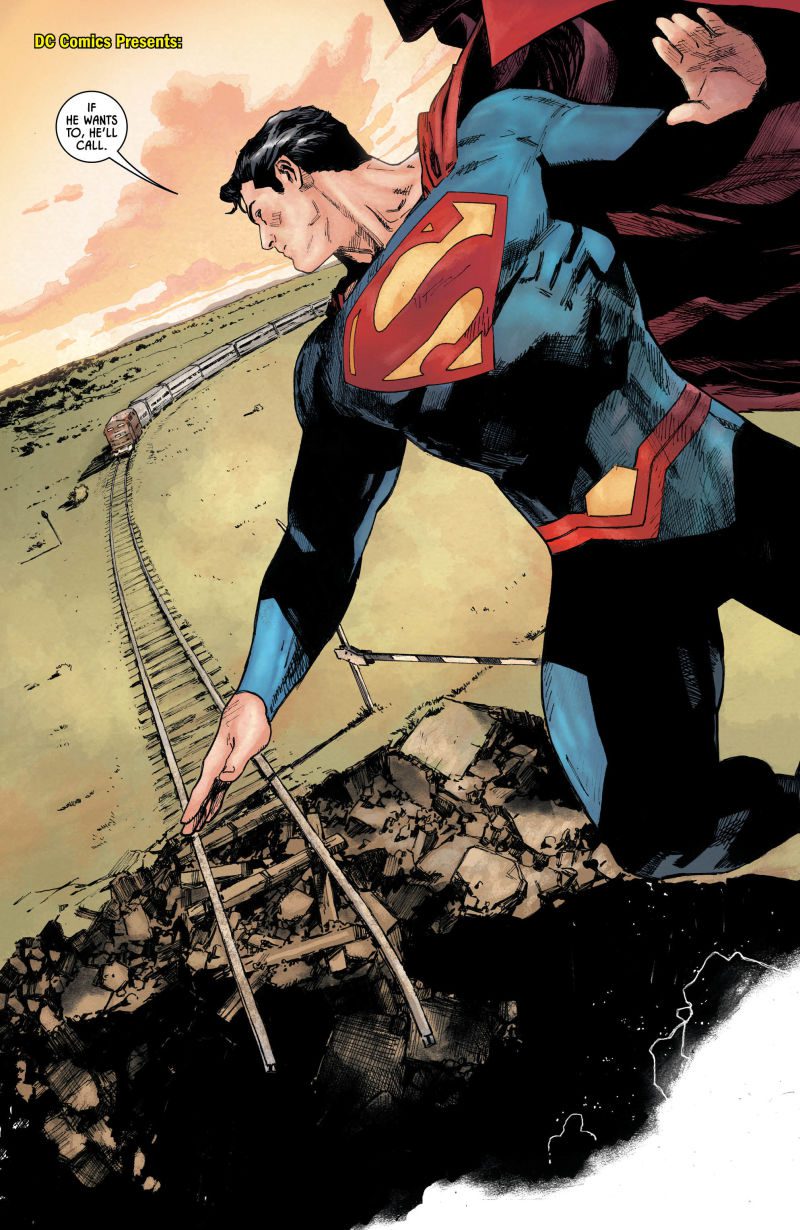 one to make the first move. Both Selena and Lois are trying to engage the two of them into talking and I love the Woodward and Bernstein style meeting Lois and Clark are having in a parking garage with an informant. I even liked the visual choice of having Lois look modern and chic in her outfit standing next to Clark in a classic Clark Kent style suit complete with fedora. The next day, with Clark fighting a super-powered villain across the desert, we find out they still haven’t talked to each other and Lois is getting more and more annoyed at that fact.

What follows is an amazingly heartfelt and un-sappy comparison between these two men who seem acres apart, but are more alike than they imagine and it all culminates in an incredibly funny and endearing moment between the four of them that I hope is the precursor to more stories like this one. King’s story in this issue is deceptively good. It could be read for just the surface story, but it holds such deep meaning that more than one reading is required to get the full weight of the story. It’s a great issue, reminiscent of the Batman/Superman comics from a few years earlier.