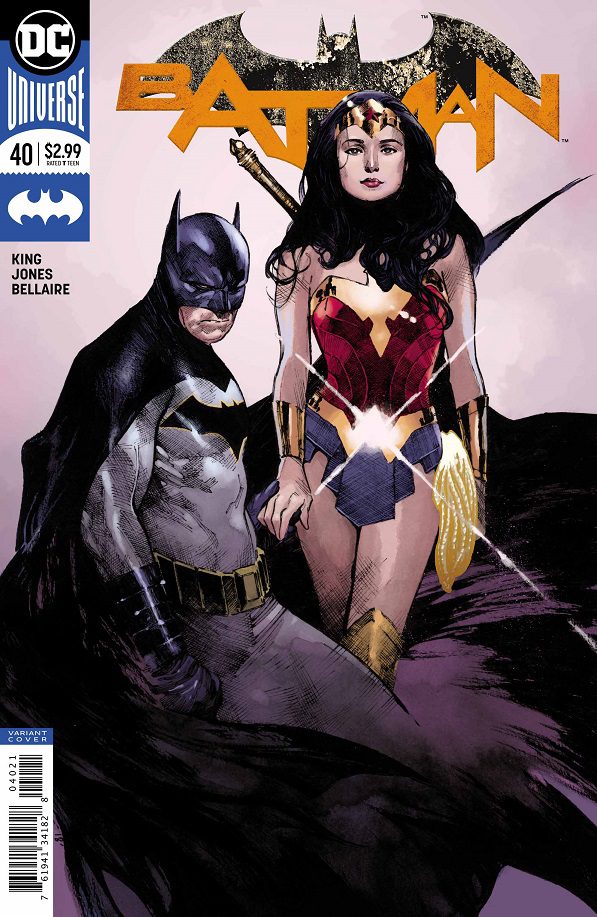 Time flies as Batman and Wonder Woman fight off an endless horde, while The Gentlemen uses his break to visit his wife.

Despite containing tons of brutal action, this issue was actually a sweet little story about friendship and love. The Gentlemen is such an interesting addition to the DC mythos. He’s a warrior in some other dimension fighting off an endless horde of monsters for all eternity. This issue just made me want to see more of him, and with time moving much faster in the monster dimension there would be an endless amount of potential stories to tell with him. At first, I was annoyed with Selina rushing the reunion with his wife, but it was great seeing her learn from another couple’s marriage. It makes me think that the Batman and Catwoman coupling will last longer than expected. Also, the WonderBat situation went the only way it could have. I don’t mind Diana and Bruce being together at all thanks to the Justice League animated series, so the whining seemed a bit over the top. I’m surprised at how charming this issue turned out to be and I thoroughly enjoyed it.

I harp on it every week that I review Batman, but I must point out again that the whitewashing of Catwoman’s morality is becoming harder to ignore. Lois Lane and Wonder Woman not only gushed about Selina the past few issues, but they also shrugged off all wrongdoing she has ever done. It’s bizarre in itself but weirder that readers don’t seem to care/notice. She seems less like the morally ambiguous Catwoman we know and love and more like a generic but perfect Bat-wife. A part of me still thinks Tom King is setting things up for the inevitable downfall, but it all just seems too perfect right now. 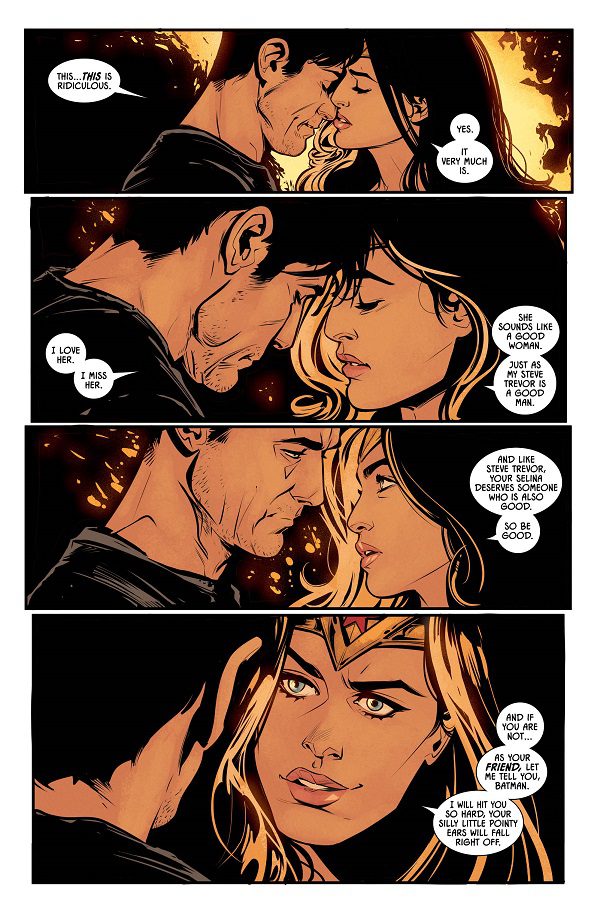 Joëlle Jones really hit it out of the park in this issue. She’s done an amazing job prior to this, but she had so much to work with in Batman #40. Rotating between a husband visiting his wife, and Batman and Wonder Woman’s epic battles really let the art shine. Every emotion hit its mark thanks to Jones’ fantastic artwork. I can’t forget to mention Jordie Bellaire, who really can do it all. I should just start a fan club, she’s awesome and her colors help any comic she touches pop.

I really did enjoy this issue because it accomplished a lot in a short amount of time. It strengthened the bonds of two friends and a couple that is soon to be married. It also introduced us to the life of The Gentlemen, who would already have his own series if it was up to me. My Catwoman conundrum never negatively effects how much I like an issue, but I hope her past is brought up more because Selina Kyle has been through so much and she is such a nuanced character because of it. I’d hate for her history to simply be wiped clean. This was still a great issue and I’m excited to see where this takes us.