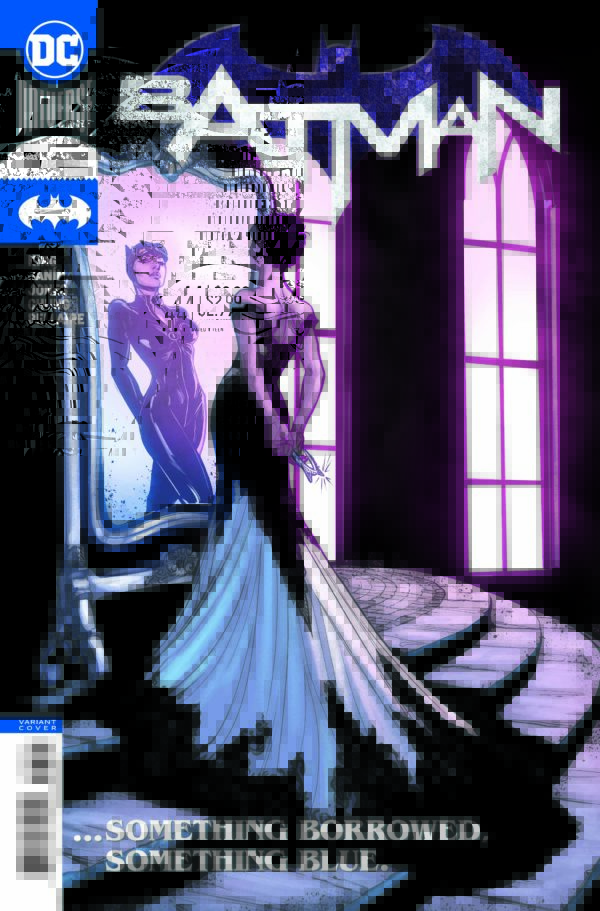 Readers get to relive the history of the soon to be married Batman and Catwoman, while Selina looks for the purrfect wedding dress.

I won’t try to convince you that this was some mind-blowing and life-changing issue of Batman, but I think it was really neat. And perhaps the most true to character Selina Kyle has been written in a while. Even something as simple as an issue of Catwoman returning to her life of crime(sort of) was a welcome sight. The use of two different artists was very clever and added to the fun of reading this issue. Joëlle Jones penciled the present, which featured Selina sneaking out to find a wedding dress. Mikel Janín worked on flashbacks between Batman and Catwoman wearing a lot of retro styled costumes. Their art styles compliment each other well and made this issue a really enjoyable read.

The homage to classic costumes does make me wonder how it all fits into canon, if at all. In the last Batman annual, Tom King placed the story in different universe or timeline, the same one where his Looney Toon crossover took place. We know this because Porky Pig’s bar made a small cameo. So he’s not above making his own canon, but considering this is the main Batbook I guess we should take it as a reestablishing of costumes.

This was a really fun issue and one that might hint to some much needed drama and tension between the Bat and Cat. It’s going a little too well right now. And despite the smirk at the end, I’m going to assume Batman and Alfred aren’t cool with Catwoman stealing expensive dresses, or anything really. They could have easily bought the dress yet Selina just couldn’t help herself. Something that may lead to some trouble in paradise, which I am all for. Pretty good issue, which makes me excited to see what comes next.

This was a good issue that was filled with a lot of sweet moments and beautiful artwork. Really, Joëlle Jones has been a stellar addition to this creative team. I’m enjoying her artwork more and more. And of course, Mikel Janín is a superstar. The art was the headliner of this issue, great stuff all-around.