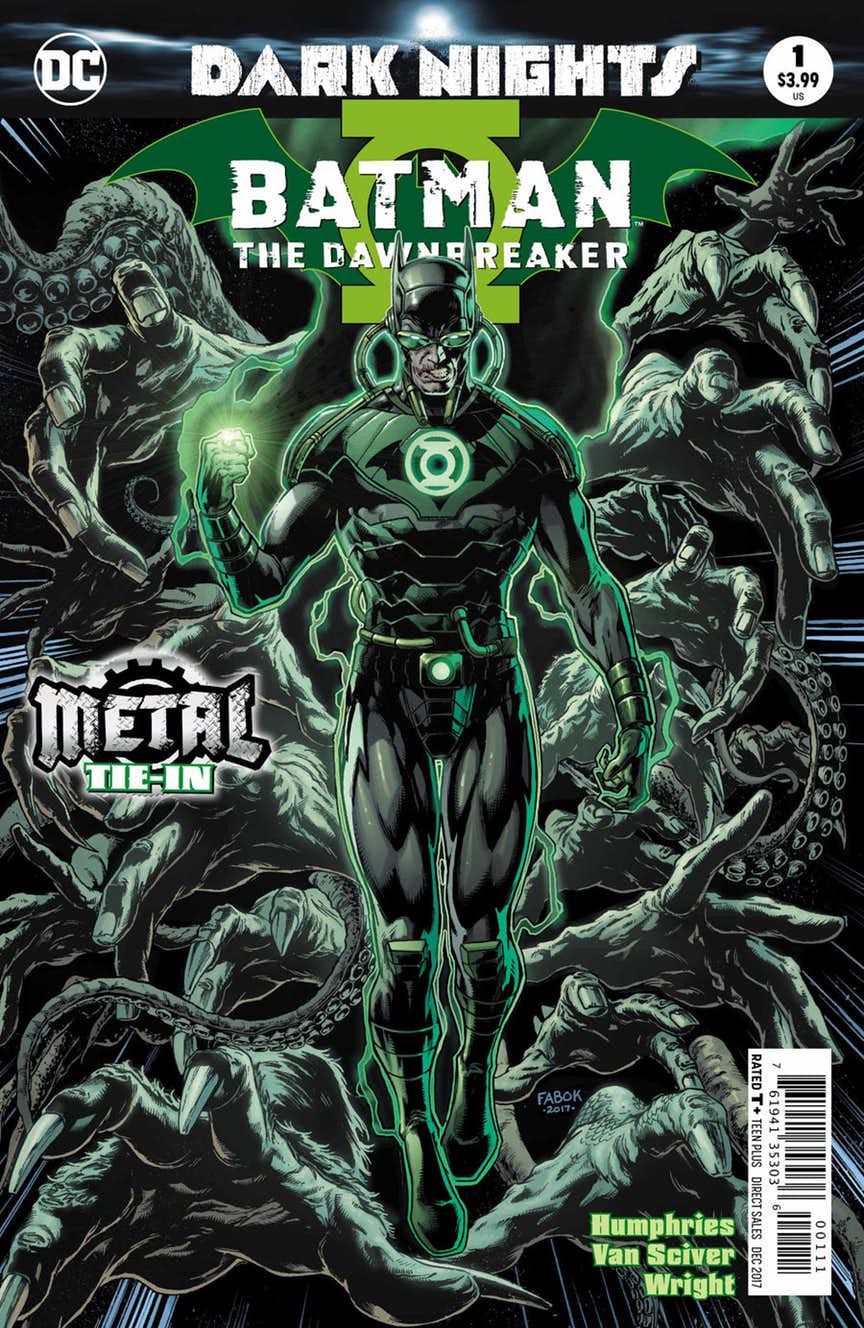 This latest Metal Tie-In begins on Earth 32 and starts where most Batman stories begin; a double murder in Crime Alley. Thomas and Martha Wayne are dead and their son Bruce is scared and angry as the gunman flees the scene. While it starts the way most Batman stories do, this one is different. Bruce has overcome his fear with anger and has caught the attention of a Green Lantern Ring. After putting on the ring, Bruce chases down the killer and proceeds to exert his will over the ring until he controls it enough to break the future Batman’s first rule. As he gets a taste of the power of the ring, young Bruce tries to see if the power of the ring can bring back his parents. The results send him on a downward spiral with fatal consequences for the entire planet.

Bruce begins taking lethal action against the criminals ravaging the city, eventually putting him at odds with Commissioner Gordon. What he does to Gordon draws 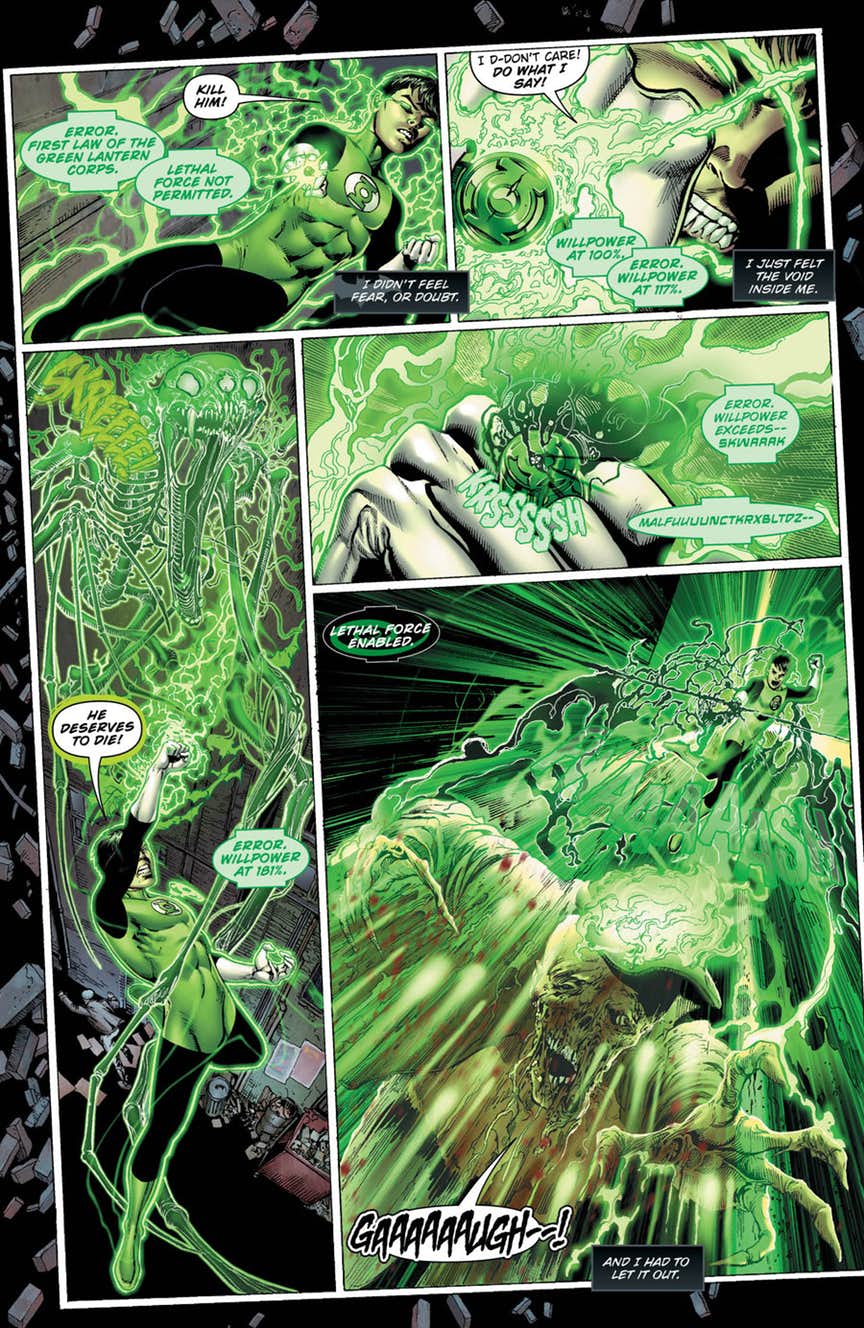 the attention of the Green Lantern Corps, who descend on Earth to stop Bruce Wayne of Sector 2814. Their intervention is unsuccessful as Bruce has been consumed by the darkness that his corrupted ring has fueled him with. After taking on the mantle of Batman, he travels to our Earth and targets Coast City, prompting Hal Jordan to intervene and have to be rescued by a mysterious hero trying to save the Multiverse itself.

As dark as the other stories have been since the beginning, Batman: the Dawnbreaker feels different. Unfortunately, that’s not a good thing. While the story by Humphries is compelling, the overall narrative seems rushed. There’s no definable subtlety to the story. There are no real moments that give any indication that Bruce’s lethal actions are coming so when they do, they feel disconnected. The moments between Bruce and Gordon seem out of place and what happens next with Gordon and the Green Lanterns just seemed badly paced. The artwork is great, I love the differences in Bruce’s muted green tone in contrast to the traditional aura put out by Lanterns, but other than that, the whole story is a little weak. I think with a few more pages, it could have been fleshed out more giving the reader a sense of why they should both fear and/or care about Batman The Dawnbreaker.