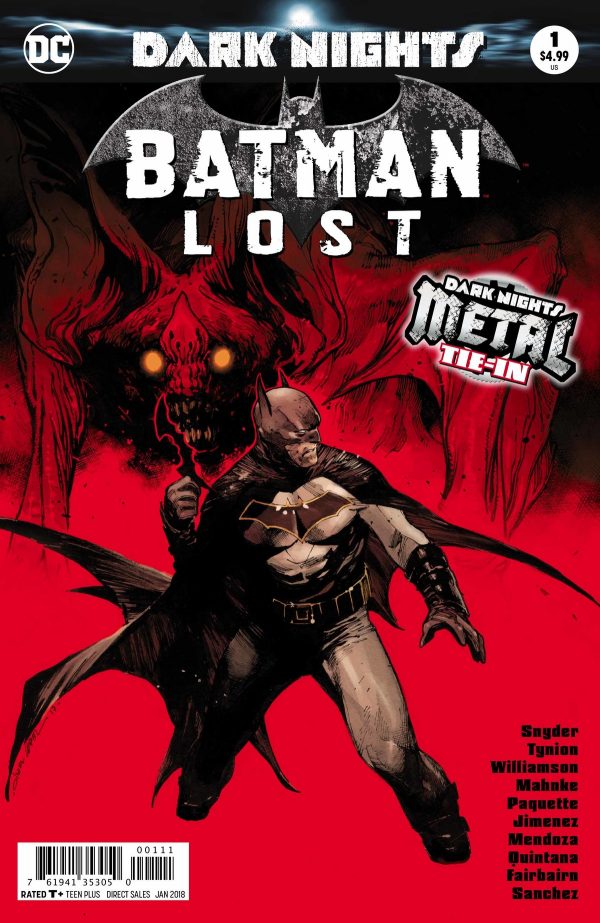 Bruce Wayne has found a rare opportunity to find some peace and quiet when a curios, bright-eyed little girl interrupts her grandfather and wants to hear a story. As Bruce obliges with one of the many Batman tales that he has chronicled over the years, we are taken to the scene of one of Bruce’s first cases from when he first put on the cowl. As he starts to realize that there is something not right about this particular memory, he is whisked away to a battle at the beginning of time, a war of birds and bats that features Vandal Savage and incarnations of Hawkman and Hawkgirl. Bruce’s mysterious guide informs him of his place in this history and how he served to set these events in motion. 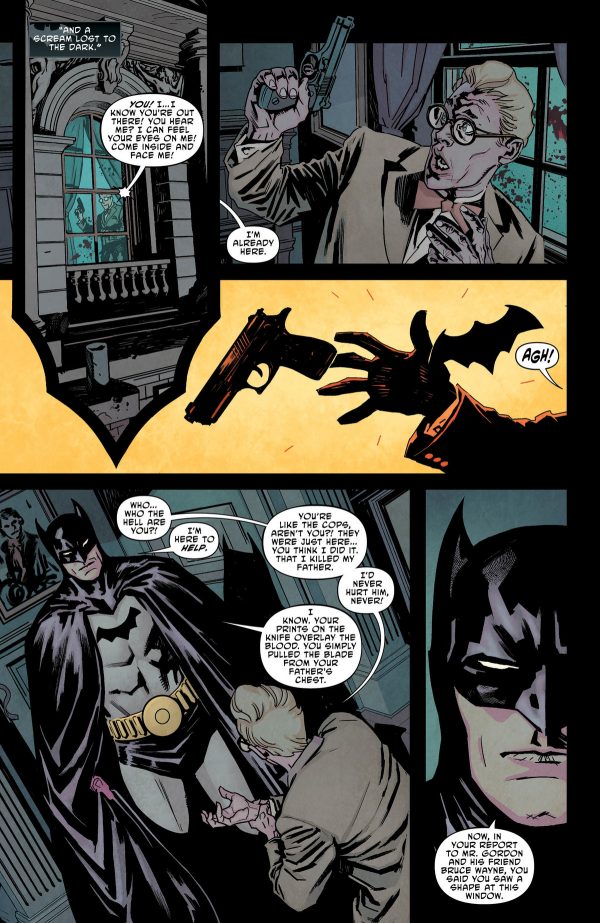 As Bruce fights the knowledge, he’s transported to the future where he must confront an adult Damian who warns him that he shouldn’t have come back. Bruce comes back to the original story he was telling, but there are still more changes that are happening around him and he can’t seem to escape them. When he’s transported to another world, he refuses to keep running and is then transported into the body of his ancestor Alan. As he continues to fall from world to world, his resolve to find answers only intensifies and his final confrontation with the author of his pain, Barbatos is one that is intense for both Bruce and the reader.

It’s been a rare treat to read many of these stories and this one is more intense than many of the others. Throughout the Metal series, fans have wondered what Bruce has been doing. How has he been fighting back? This issue shows just how human Bruce is with a scenario that makes him question everything he has ever done in his life and the purpose of his mission. It has been a rare feat in these stories to both entertain with the history of the DCU and at the same time strip hope from the heroes themselves. This is another intense chapter that is both tragic to witness, but impossible to put down.