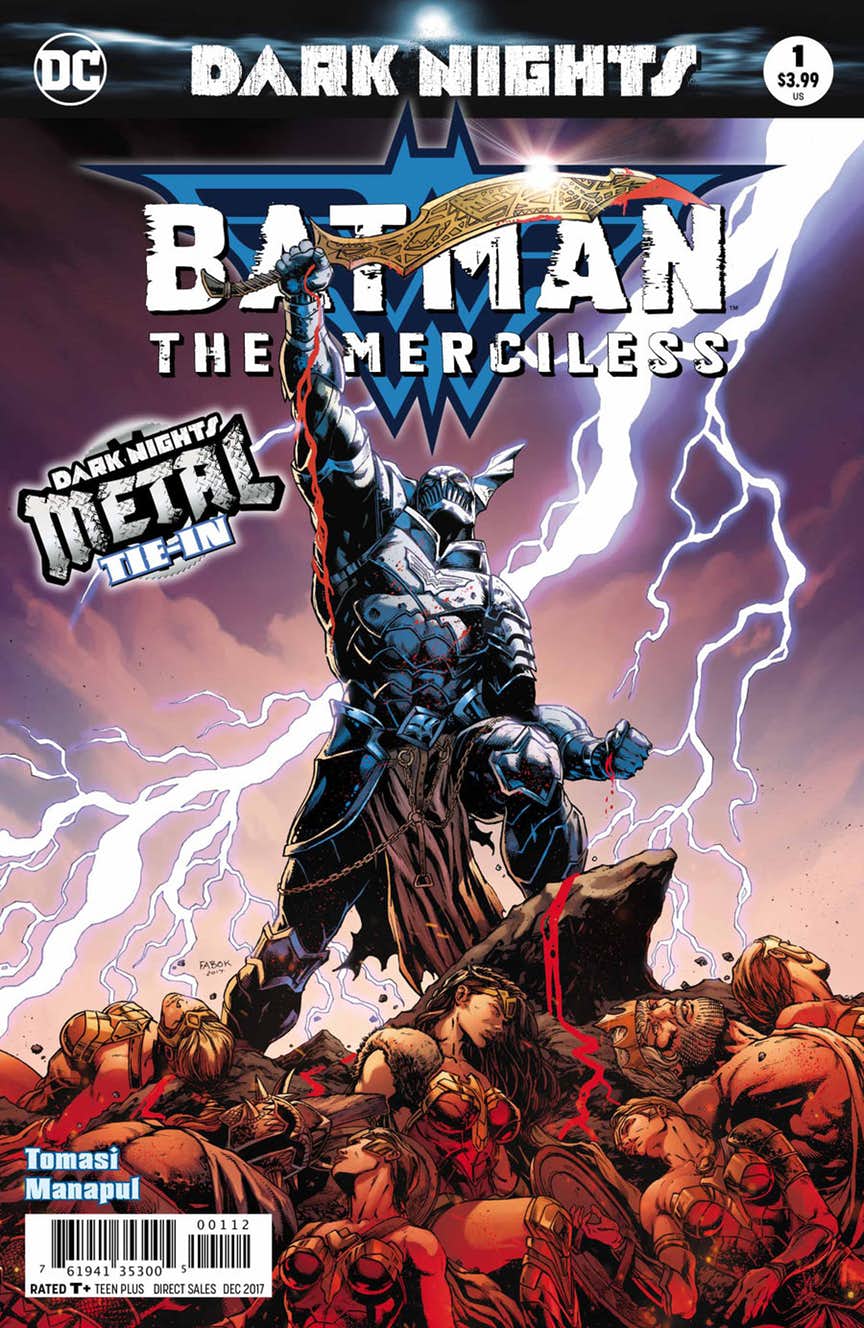 Bruce Wayne’s crusade has always been fueled by rage and grief. What happens when that rage and grief are given the powers of a God? On Earth 12, Bruce is kneeling on the ground, surrounded by the bodies of fallen warriors clutching the lifeless body of Wonder Woman in his arms. Deep underground on Earth 0, the collected forces of A.R.G.U.S, S.H.A.D.E, the D.E.O and Task Force X have converged to discuss their options in regards to the Dark Knights. General Lane and Amanda Waller believe that a first strike weapon might be the only option. A plan Steve Trevor vehemently disagrees with. Unfortunately, their discussions are interrupted by Batman the Merciless crashing their party. 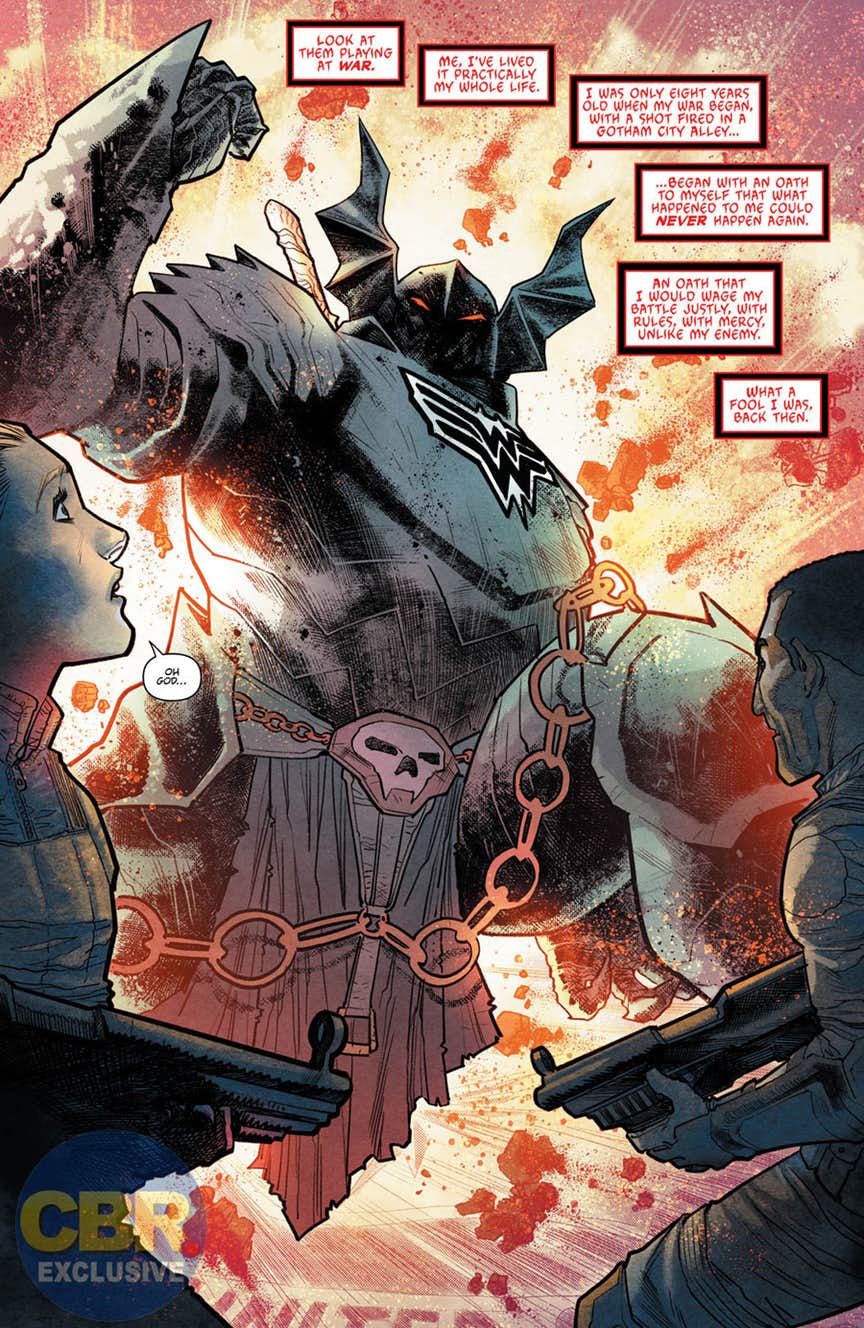 Mixed in with the seemingly one-sided battle between Batman and the soldiers trying to stop him, the scene shifts back to Earth 12 where we learn that the relationship between Bruce and Diana was closer than anyone knew and that their war against Ares would bring devastation to both their relationship and the world itself. The latter seemingly calling forth The Batman who Laughs, who convinces Bruce (now merged with the power of Ares) that the real war that he is destined to fight is for his own survival. A prospect Bruce finds tempting as well as the possibility of seeing Diana again.

Batman has always been taunted for using half-measures in his war against crime. It’s interesting to see how a Batman without those moral safeguards would operate. The moments of doubt and remembrance of the man what he was and the love that he shared are played out well in this story along with the hand he played in the tragedy that cost Diana her life on his world. Both the story and visuals are visceral and complement each other well.