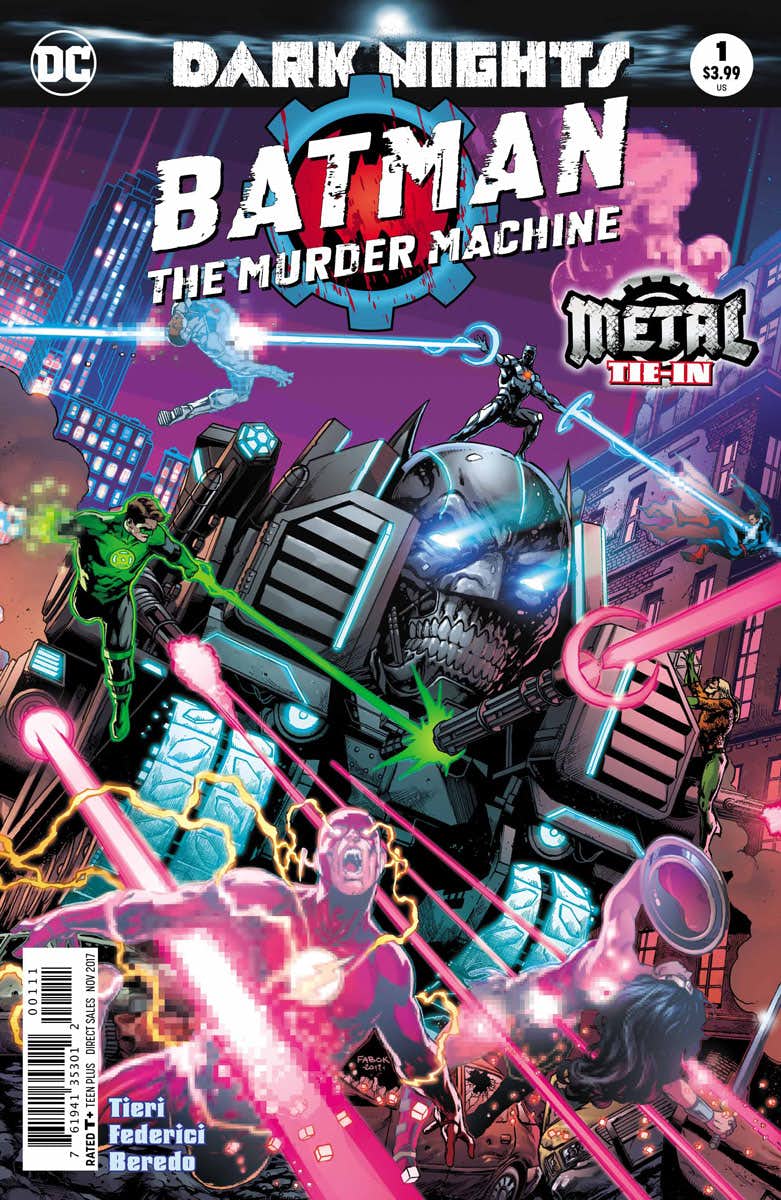 Dr. Silas Stone is conducting research at STAR Labs while his son Victor pleads with him to leave the city. They discuss the meaning of safety as Cyborg sits in the Watchtower and monitors the events below, including the search for his missing teammates. As he continues to monitor the home cities of the members of the League, a transport signal goes off, signaling that Batman is beaming up. When Cyborg goes to greet him, he’s attacked by no Batman he’s ever seen before.

This new Batman is born in and forged by tragedy which is evidenced in a cadre of Batman’s villains on Earth 44 invading the Batcave and attacking the only person they can find; Alfred. As the Justice League rallies around Bruce in the midst of his grief, he continues to watch the footage of the attack over and over again. As the 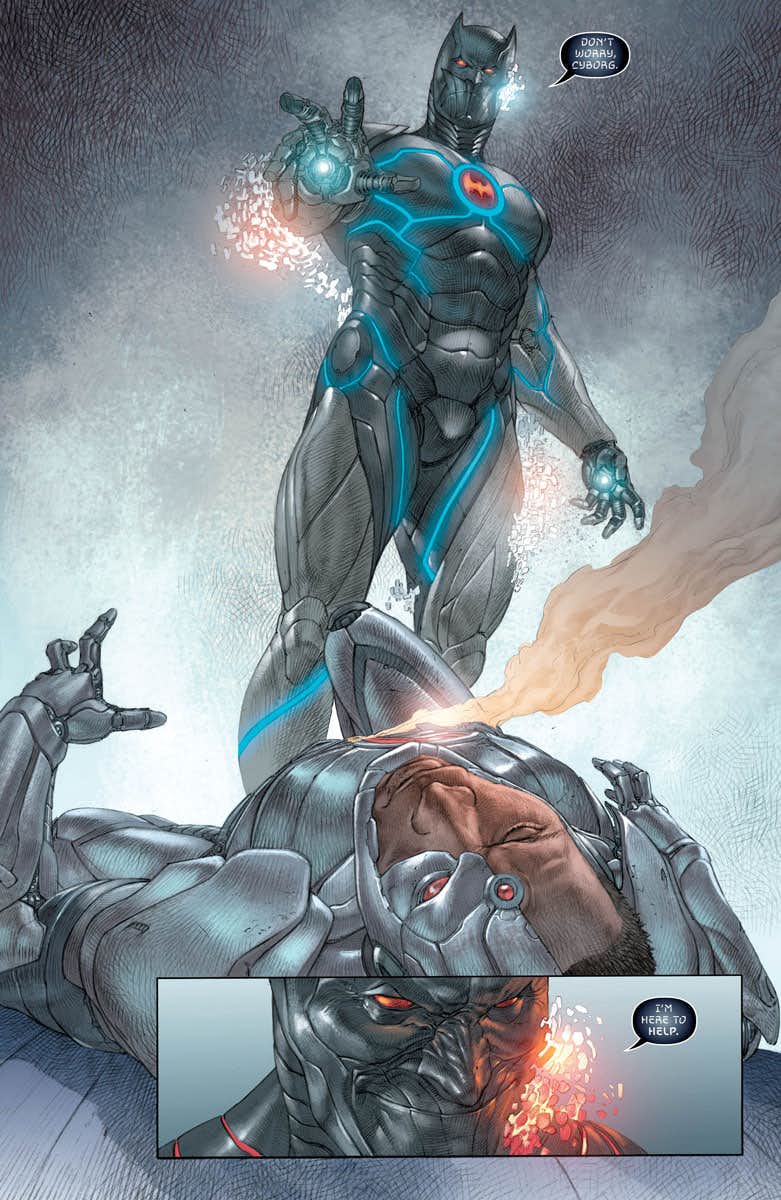 rest of the team goes to pay their respects, Bruce asks Victor for a favor. One that might bring Alfred back to him. Meanwhile, in the present, Cyborg Batman continues to pummel Cyborg while telling Silas that they both have a role to play.

In the past, we get to witness the full devastation of what Bruce calls “The Alfred Protocol” which Cyborg helped his grieving friend create and what Bruce is not willing to destroy. In the present, we see the extent of The Murder Machine’s plan as he outmaneuvers Cyborg on multiple fronts, allowing his army to invade the city. As the Murder Machine transports Victor away, he is surrounded by the rest of the twisted Batmen and their leader The Batman who Laughs.

This one-shot hits all of the marks of a great story. It’s visually beautiful to look at. The artwork by Federici is amazing. It is paced well. It is also both tragic and scary at the same time. The Murder Machine’s tale is so plausible in the world of Batman that it makes the execution of his vision all the more interesting to read. What’s great about this story is also that these are dynamics that are not new to readers of the comics. “The Alfred Protocol” has been referenced before and this twisted version of it created by Bruce and Victor is an entirely likely scenario that is made all the more scary when you know that it was born of love and loss.