Batman and the Signal #1 Review 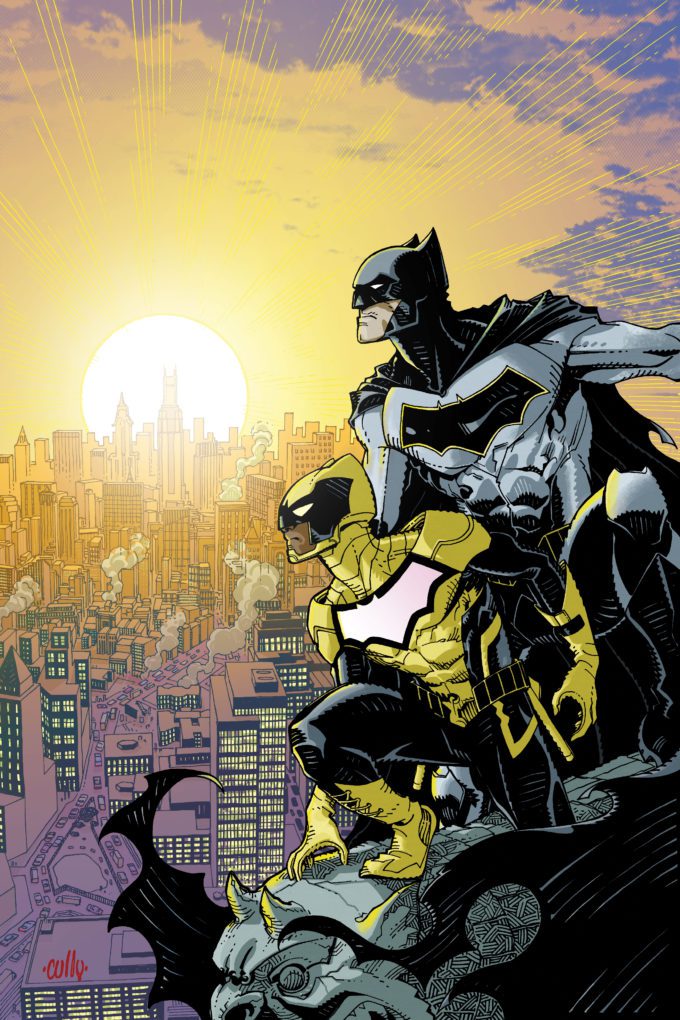 Batman and the Signal #1
DC Comics

There is a meeting happening with all of the members of the Bat-Family and it involves their newest member; Duke Thomas. While the other members argue about Bruce’s latest decision and Duke tends to agree with their concerns, the one person conspicuously absent from the proceedings is Batman himself. Duke isn’t convinced this is a good idea and not just because he is tasked with operating during the day, but also because everything about him is a mystery that all of the detectives in the room would be eager to solve.

On his first day as Gotham’s daytime guardian, Duke finds himself not only facing a metahuman threat with no ability to activate his powers. His first fight is not going well because he cannot access his powers and the meta that he’s fighting knows that. When they finally kick in, Duke finds a way to get the advantage over his enemy. At this point, we get the juxtaposition between the daytime world of Gotham and the night. Apparently, the city is more peaceful during the day and the Signal’s presence is upsetting that peace. Something the people of Gotham are not happy with when their newest hero emerges.

Around the same time, Jim Gordon brings a detective a brand new case. One that deals with metahuman kids that are dying when their powers manifest. As Duke and his friends work on the same case, Duke deals with some real-life issues. Even though Duke is having his doubts about his place in the world, Batman shows him that he is trusted by showing him his new headquarters. This was a good back and forth between the characters and it is interesting to see someone in Batman’s orbit have doubts about taking on the mission, despite all the trappings.

This first issue of Batman and the Signal is an interesting read. It creates a hero that is different from the other Bat-Allies, even though he is forged from the same kind of tragedy. He is an ally with superpowers and is given a specific mission. It will be interesting to see how The Signal operates during the day and what kind of stories that generates. Gotham in the day is an untapped resource that can conceivably create some great stories. This first issue moved a little slowly, mostly because of setting up the characters and conflicts that Duke will be facing. Hopefully, it picks up in the next issue and establishes some creative conflict.