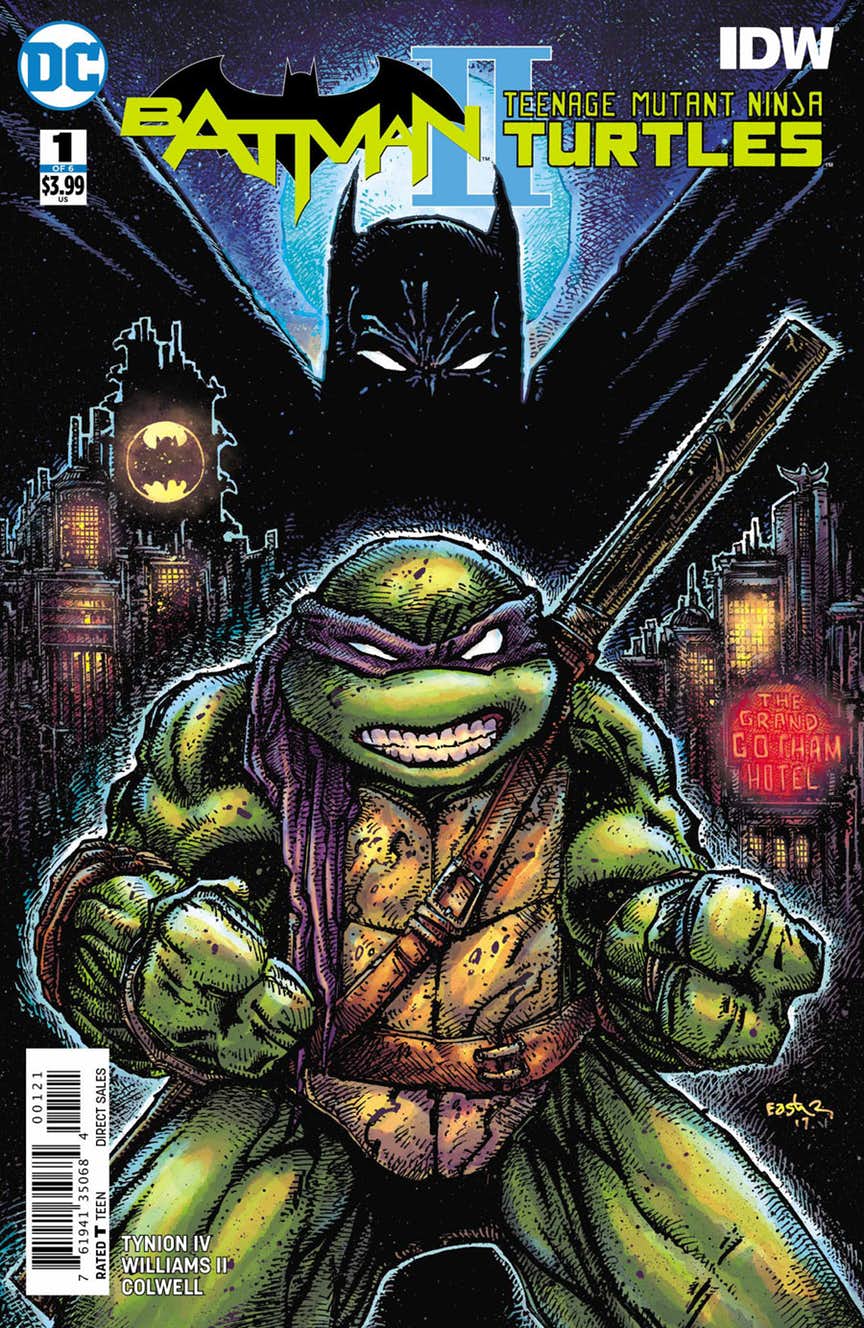 We’re back with an all-new adventure as the ninja turtles and Batman once again collide. I was a very big fan of the first go around when these two worlds first combined. If you have any familiarity with Batman and the turtles, you will find yourself enjoying how well James Tynion IV allows these characters to play off each other. Right in the opening when the turtles are surfing through the sewers with new toys made by Donatello, I felt an instant surge of excitement because I love it when they throw us right into some turtle action.

Shortly after we see them fight some elite ninjas and run into Karia, the shredders daughter, we begin to see the type of story this is going to turn into. In this we are focusing mostly on Donatello and growing up with these characters you can very much agree how he may feel about himself. I do enjoy them exploring how he sees himself as the weakest fighter, and I think it is about time that he should finally be able to focus on how to improve himself and hopefully he’ll come to understand that he is still a valuable member of the team. 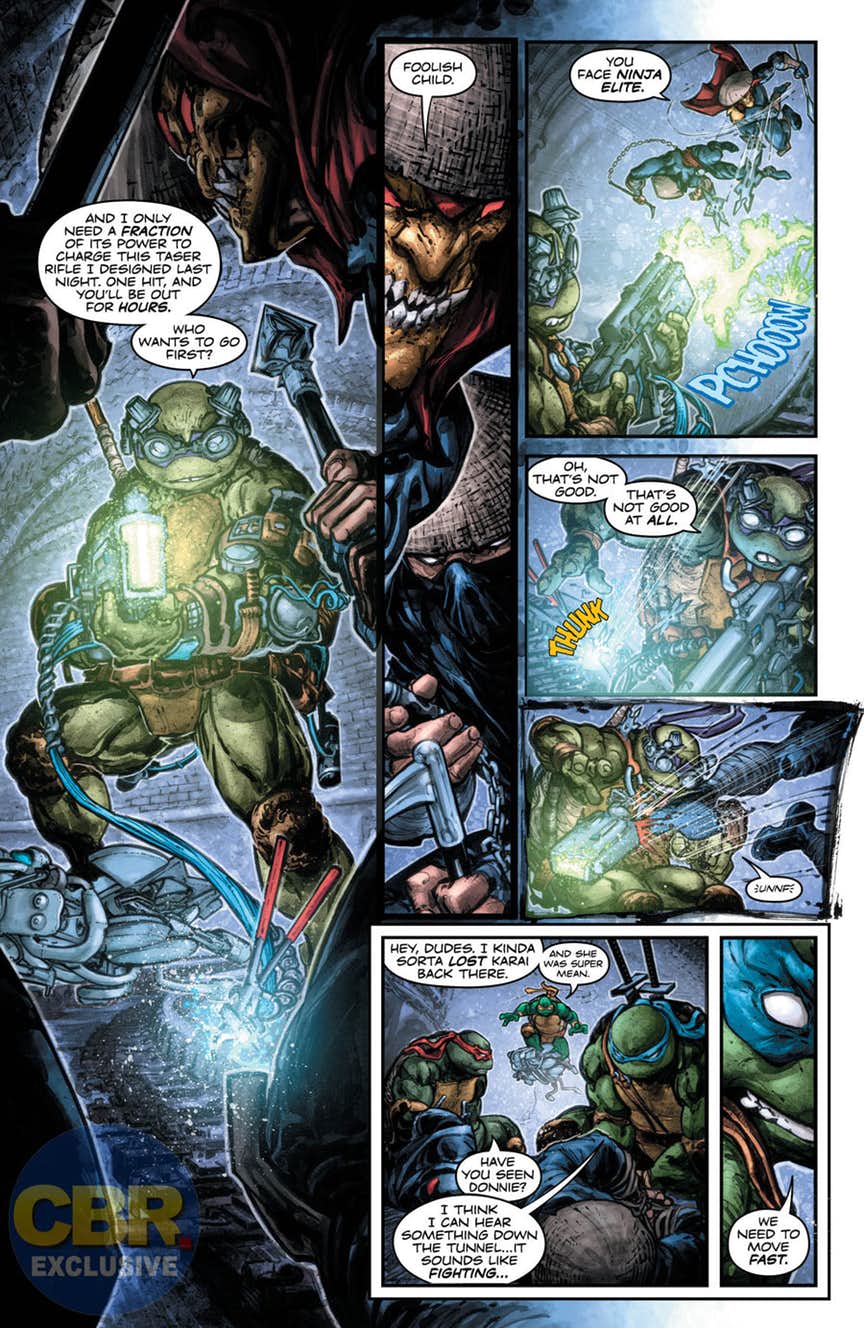 On the other side of the universe, we have a classic run in as Batman and Robin are interrogating one of the members of the League of Assassins. This issue probably has one of my favorite panels with Damian as he sits on the throne of Ra’s Al Ghul. Just his reply to the assassin had me laughing and smiling as you can see what was said to him can really play into his ego. The downside is we do only get one real panel of the dynamic duo going into a fight with a bunch of bat ninjas. Yea, remember them? I was actually happy to see them as I remember the first time I saw them was right before Damian showed up in the comics. Seeing how we are also reading a book with mutated turtles whom have ninja skills, Ninja bats are really not a far reach. The end of the issue leaves me anxious for the next as we have Bane who appears to be our main villain face off against our heroes. He is personally one of my favorite villains and Freddie Williams’ art really complements the Venom addicted baddie and his skill set will make an excellent foil for the Turtles and Bat. I’m really hoping he can bring all or heroes to the brink of death. This is mainly because I always like it when Bane is allowed to showcase his true strength and is not written off as some weakling. Even with the numbers against him, he will still be able to bring a lot of pain and broken shells.

Starting with a good character arc for Donatello and a real threat coming for all of them, the return of these two teams is going to be much-needed alliance to bring down Bane and I can already see that it’s going to be a ride as thrilling as the first.