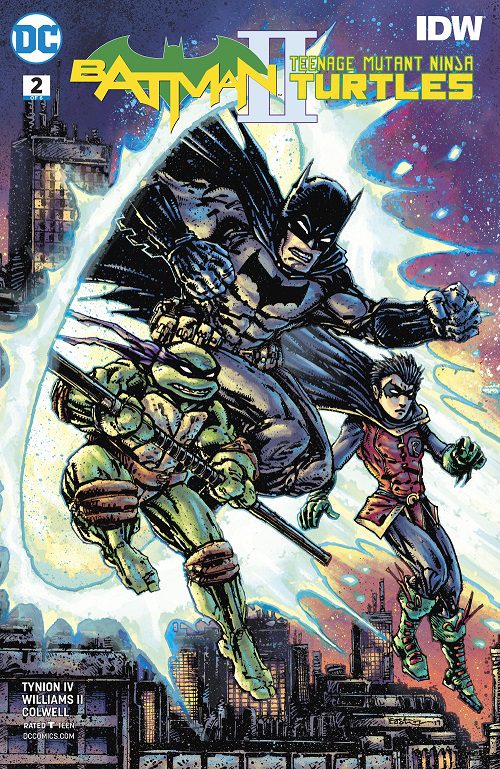 The adventure continues in issue 2 of this fantastic crossover adventure between the Teenage Mutant Ninja Turtles and Batman. This time with New York City in peril and Bane now in control of the Foot Clan, the turtles with Batman and Robin have to work together to bring him back to the right dimension. I found this issue to be a lot more fun and we get to see a bit more of the silly stuff that we get out of the animated series from all of these characters when compared to the previous issue. Donatello building a Bat-Sled out of broken motorcycle parts so they can continue to attack Mr. Freeze was a big highlight. Especially with Robin calling out the name of the vehicle and Mr. Freeze has a great reaction, as he knows he’s in trouble. Donatello’s forward movement in his character that began in the last issue seems to just get wrapped up really quick. It was a bit odd as I figured it would’ve gone on to at least issue 4 but either way, I’m glad to see they recognized their faults and learned from it. 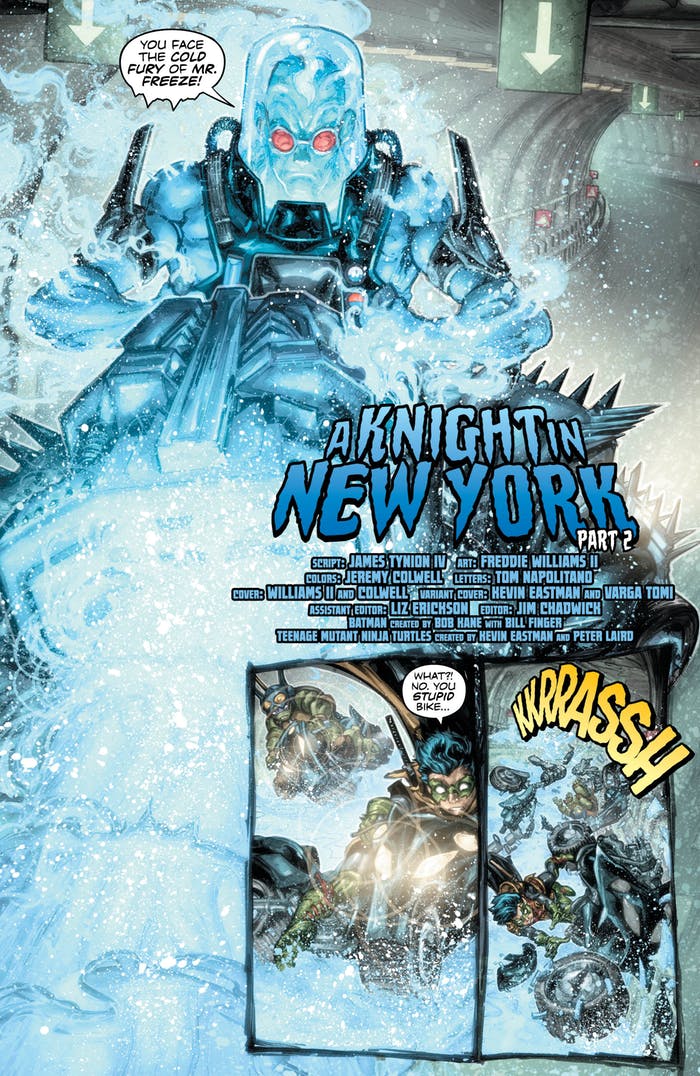 Also, it’s weird in a good way when Batman gives a pep talk. My favorite buildup moment though was when we see Beebop and Rocksteady prepare to fight Bane. These two are some of the best villains, being true buddies that stick together no matter what. From time to time they show that they can be taken seriously and it was very much a letdown to see how quickly they gave up without even throwing a single punch. The coolest thing though is seeing how the foot clan has adopted Bane’s mask design as their own and it does look very cool. We don’t really get to see a lot of action with the other turtles but the interaction with everyone back together has a few good moments in it. By the end, we find out what Bane is planning and how the heroes plan on stopping him.

The issue really focuses on bringing in the characters together but I do feel that some of the development that they were leading with Donatello did fall short and ended a bit too quick. When you lack great dialogue and development when you’re lacking in action, the pacing can feel a bit odd. There is still a lot of good here with the tone being right for a fun adventure that hopefully picks up in the next issue.