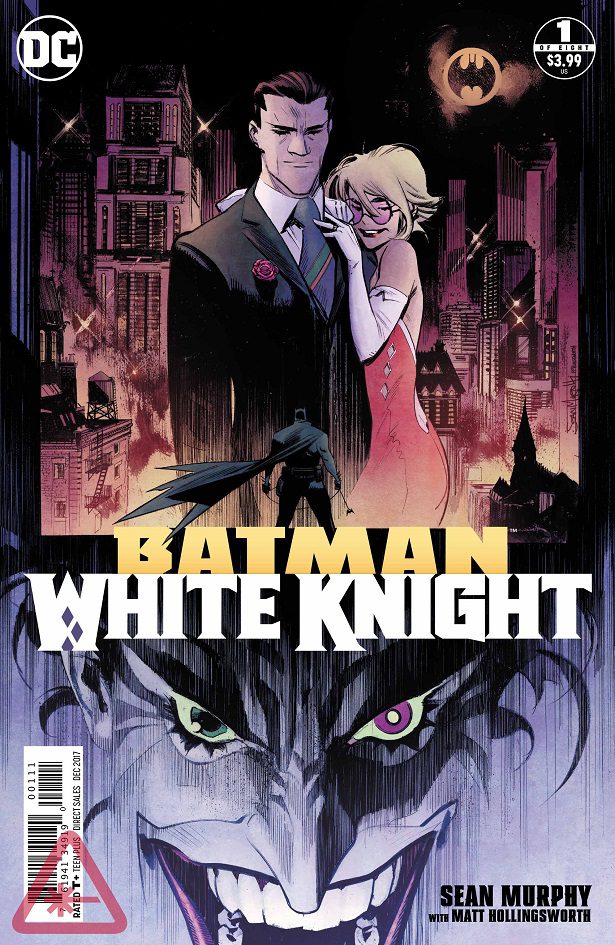 Batman has become unhinged and The Joker decides he must be the one to protect Gotham City.

Considering the creative team behind Batman: White Knight, I think I’ll start off with talking about the art. Elseworld stories are fantastic and seeing the variation of iconic suits make them all the more special. In this series, we get a more realistic take on the Batfamily costumes that fits the dark and moody setting. It’s not quite steampunk, but everything about this book had a vintage feel to it. It’s the perfect aesthetic for a timeless Batman story. Matt Hollingsworth’s colors really emphasize the gloominess of this version of Gotham City.

Sean Murphy is just an excellent artist who clearly respects the Batman lore but wanted to add his own twist to it. I should also add that I really like his take on the Batmobile, it just looks cool. The Joker had more subdued facial features than normal, which allows his transition to Jack Napier more believable. Even without the makeup and green hair, he still looks normal but still like the Joker. 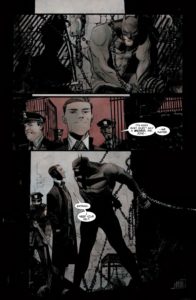 We get a hint of what’s to come for the Dark Knight and the Clown Prince right at the start of this issue, then we quickly shift back to a year ago. Batman recklessly chasing down Joker while Batgirl and Nightwing try to calm him down. With their reactions, we understand how close to the edge Bruce might be. Joker’s whole monologue about him his relationship with the caped crusader and being the only sane person was great, as a reader, I couldn’t tell if he thinks it’s true, or if he’s trying to throw Batman off. The ambiguity sticks throughout Jack Napier’s quick reformation, and will probably be here throughout this whole mini-series. I was pleasantly surprised to see the story wasn’t simply the hero becoming the bad guy.

This already feels like a classic Elseworlds story that we will be recommending to friends in the years to come. It started off with a really interesting premise and executes in all facets of storytelling. A compelling start to the story, and some wonderful artwork that has some neat twists to the Batman universe. It is very dialogue heavy, which slows up the flow at times. But as Joker pours his heart out to Batman, it’s hard not to feel like every word is necessary. This was an excellent issue, and it really hits the sweet-spot for anyone into these type of otherworldly Dark Knight stories.