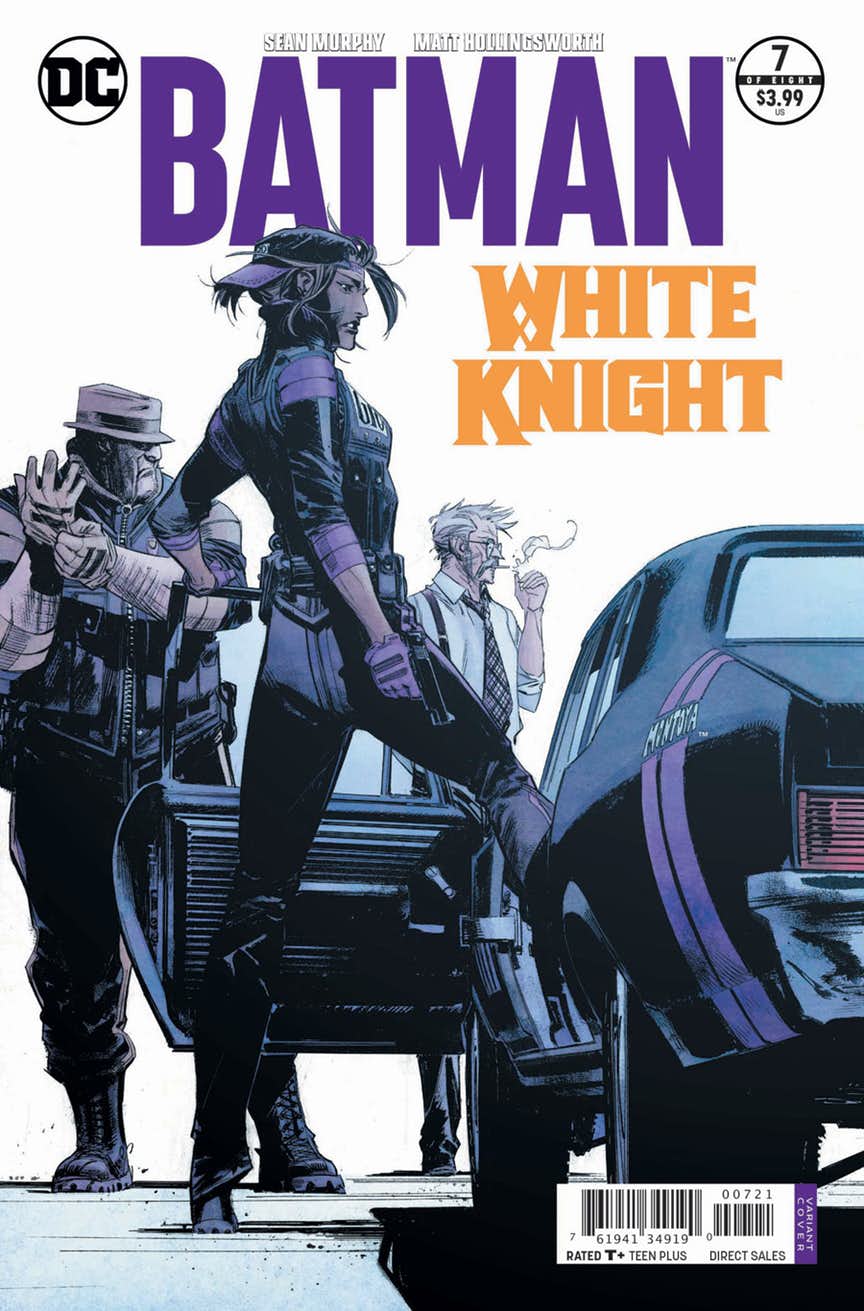 I’m not ashamed to admit I cried reading this issue. We find out there’s so much more affecting Batman over Alfred’s untimely death than is imaginable. Honestly, this is the most human I’ve ever seen The Dark Knight. The protector of Gotham, hunted down like a supervillain. Some of the closest people to family even begin to turn on him. He’s asking the person you’d last imagine for answers. Maybe the past should stay in the past. There’s a very different team up. VERY unexpected! Telling the people he loves what burden he carries is not what they think.

Part 7 of the mini-series is non stop. Exposing one secret after another. It’s mind-bending. I’ve said before that this comic is going to put me in Arkham. Pretty much every twist and turn is undeniably a huge event that’s consistently affecting all of the main characters. There’s only one more part in this mini-series, so I can’t imagine how this will end. I do know there’s way more than any, one scenario that will wrap up The White Knight.

As I’ve said in my Best of 2017 article, this still holds the top slot of my favorite new comic. It’s totally fresh take on a Batman storyline. I’d say I see a double personality in almost all the main players as well. The dialogue between them all is so well written that I found myself connecting with each character. The artwork showed the pain in their eyes and that’s part of what made me cry. There are no more secrets between them and it honestly makes a few of them vulnerable and it’s clear as day on the pages. The connects and disconnects are nothing I saw coming. Pent-up anger and the true and honest emotions seem to free them from the burdens they’ve been carrying. It actually made me see them in a whole new light. The end is unsettling, but in the way, it should be if you love these characters. The final pages’ art is beyond amazing. I saw a split personality become one. From the eyes to the smile. I’d love to watch this on screen but reading it is just as visual. I can’t wait for Issue 8. I can see why they decided to give this series another issue. I recommend this to any Batman fan. I love the psychological aspect.

Batman DC comics Sean Murphy The White Knight
Are you an Insider?News, reviews, & updates are just the beginning.