No bones about it, this is a game to watch.

Occasionally, imitation is truly the sincerest form of flattery.  Housemarque did it with their take on Defender (Resogun), and now Causal Bit games has done it with their take on Ghost ‘N Goblins, Battle Princess Madelyn, which is currently on kickstarter.  According to the game’s designer, Christopher Obritsch, the inspiration for developing Battle Princess Madelyn came from his Daughter, Madelyn.  Madelyn enjoyed watching her dad play Ghouls ‘N Ghosts, but wanted to see a girl knight take on the role of the Hero, so Christopher obliged her wish, and the result is the absolutely fantastic Battle Princess Madelyn. 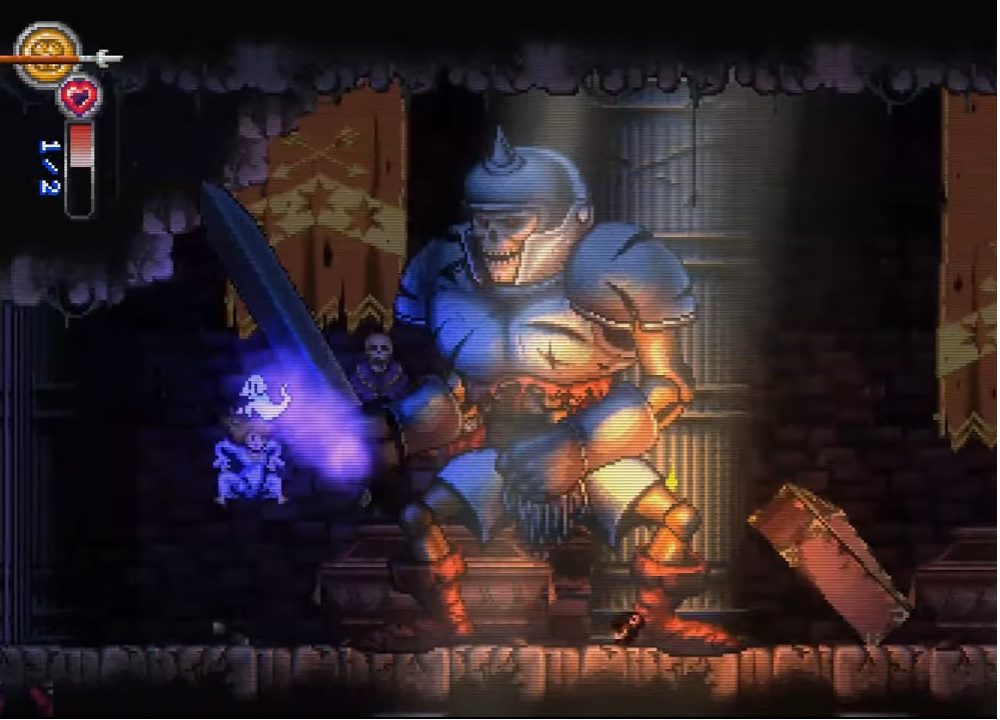 To anyone who grew up in the 80s and 90s, it is immediately obvious that this game is a throwback to Ghost n’ Goblins and Super Ghouls and Ghosts.  It has a wonderful aesthetic, even going so far as to generate pleasantly realistic scanlines to simulate the look of a CRT monitor.  While the overall look of the game appears to be 16-bit, I would call it “16 bit-plus,” ala the recent Microsoft exclusive Owlboy, as it incorporates some lighting effects and other technical aspects that simply would have been impossible on a Super Nintendo or Sega Genesis.

When you first start the pre-alpha demo of Battle Princess Madelyn, you’re given a choice to choose the style of music, either “Arcade” or “Orchestral.”  I chose orchestral, and while I didn’t see a way of trying out the arcade soundtrack after making that choice, I can’t imagine playing this game any other way.  The orchestral soundtrack is perfect.  Ever since the release of the Sega CD, and later the first Playstation, there has always been something extremely appealing about playing beautifully crafted 16-bit games that included full instrumental background music.  The voiceover work for Madelyn is appropriately snarky and clear as well, and lends the game a certain bit of attitude that Ghouls ‘N Ghosts lacked. 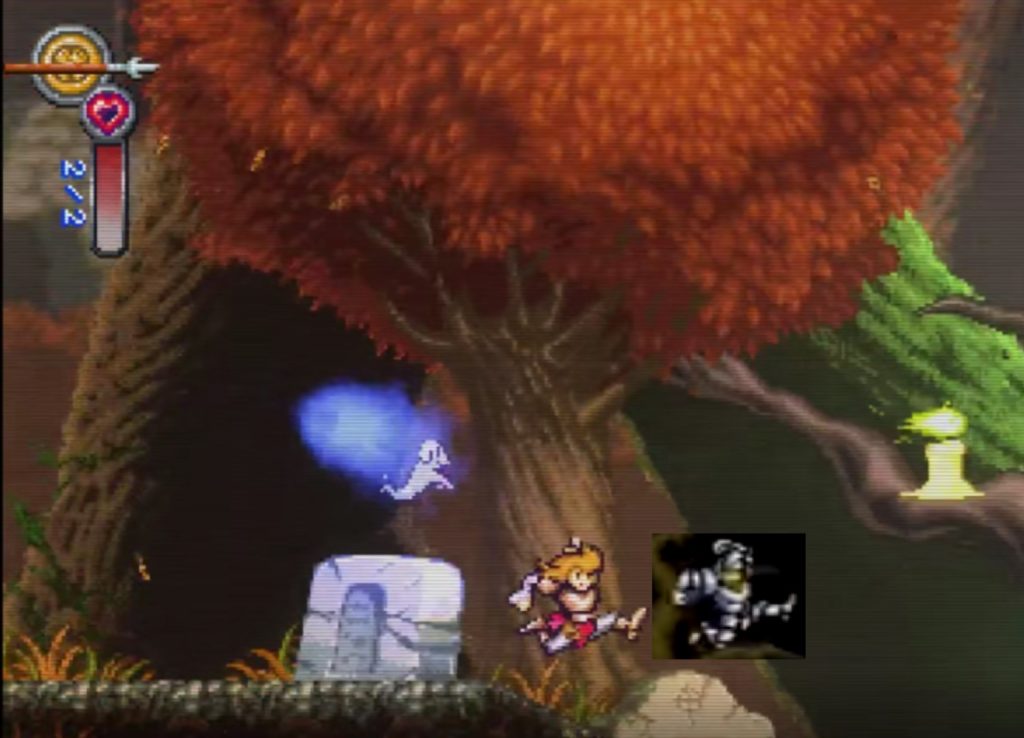 Once you have chosen your music style (did I mention I HIGHLY recommend orchestral?), you’re treated to a title screen, followed by a quick cut scene.  I will say I found that the initial cut scene seemed unnecessary.  I believe the designers were going for the thin story with poor translations that were the hallmark of that era in video games, but if it meant to riff on that, it falls a little flat.

The first stage has you in a graveyard, and the game mechanics are solid for a pre-alpha demo.  Jumping feels right, throwing feels great, and they’ve even included the ability to fire in any of the 4 cardinal directions, something the original Ghouls ‘N Ghosts did not do.  You also have your ghost companion Fritzy, who has some special powers of his own.  Death, at least at this stage, is also very generous and doesn’t typically result in any loss of progress, which is a feature I personally appreciate as I don’t like to feel frustrated by games.  The gameplay feels tight, overall, but it could use some improvement.

For starters, and likely the first thing you will encounter, is the tendency of enemies to spawn right beneath you.  I would prefer enemy spawns to be at least a full character away.  When you’re standing on a piece of ground, the rock animation used to indicate a spawn is all but undetectable.  The HUD isn’t explained very well either.  While the upper left of the screen is self-explanatory, the upper right of the HUD lacks any clear purpose.  The icon appears to be Fritzy’s active ability, however, I couldn’t locate anything regarding what each icon means.  While one obviously indicates the fiery ectoplasm Fritzy hurls at enemies, the other icon doesn’t appear to have any purpose.  There is also a meter below it which mysteriously fills up when you collect glowing orbs that some enemies drop.  A death seems to remove a significant portion of that bar, but other than that, it doesn’t display information that is relevant at all.  Further confounding is that, while you collect bags of gold and coins, it is unclear to what purpose.  There is neither a score nor a currency counter anywhere visible that I could find.  Another strange detail in the pre-alpha version of this game is the glowing apparitions you will discover, which also seem to lack purpose currently.  Despite my confusion and issues with the game’s early mechanics, this game looks, plays, and sounds fantastic.

Battle Princess Madelyn is a homage to the classic Ghouls ‘N Ghosts that I didn’t even know I wanted.  I’ve played through each of the three levels included in the demo numerous times (look for destructible walls in the crypt), and I’m still having fun with the game. I’m sure some of the relatively minor issues I had with the game will be ironed out, and I cannot wait to see where Madelyn goes next throughout the course of the development.  The game is coming to the Xbox One, Switch, PS4, and Windows.  If you back the Kickstarter here  you can insure that it comes to the Vita as well!  If you contribute $18, you will receive a Steam and DRM-Free copy of the game, as well as copies of their previous title, Insanity Blade.  Also, check out Causal Bit games at their website.