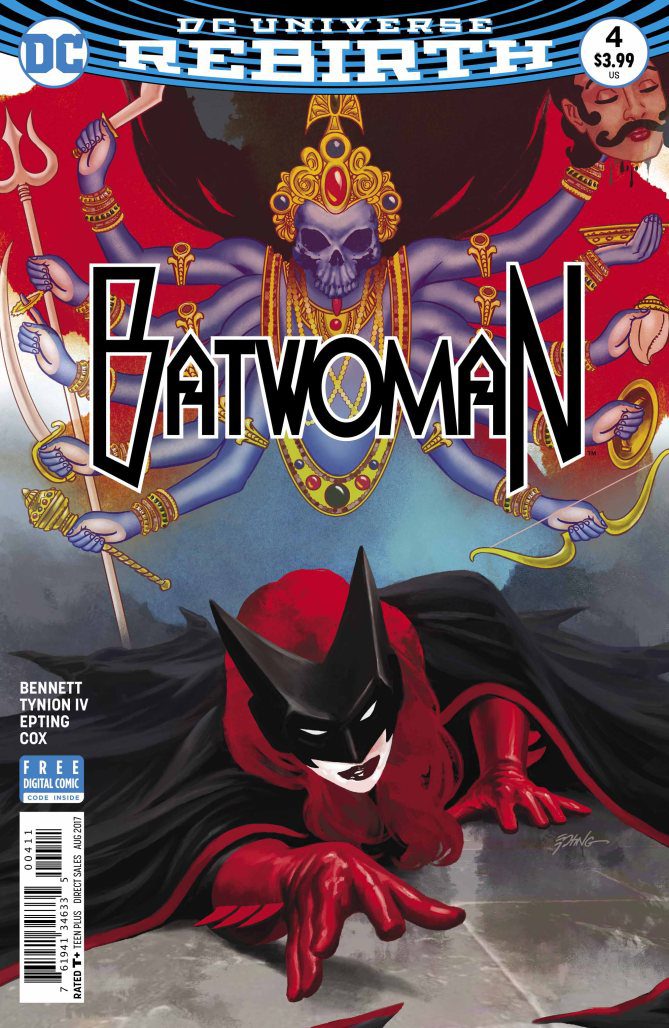 As the twins zoom away from the island of Coryana they reveal that they are not the masterminds of what is about to happen. They are in service to someone else. Someone that even Tahani does not know about. Tahani recalls her past as she traveled the world, learning and honing her skills before returning to Safiyah in a scene reminiscent of Kate’s time spent with the woman. The scene then shifts to the present day where both Knife and Batwoman square off in a cave filled with explosives and enough ordinance to level the entire island.

As both women battle in the bowels of the island, old grudges and feelings spring to the surface. Kate decides to try a desperate gamble that will not only disable the 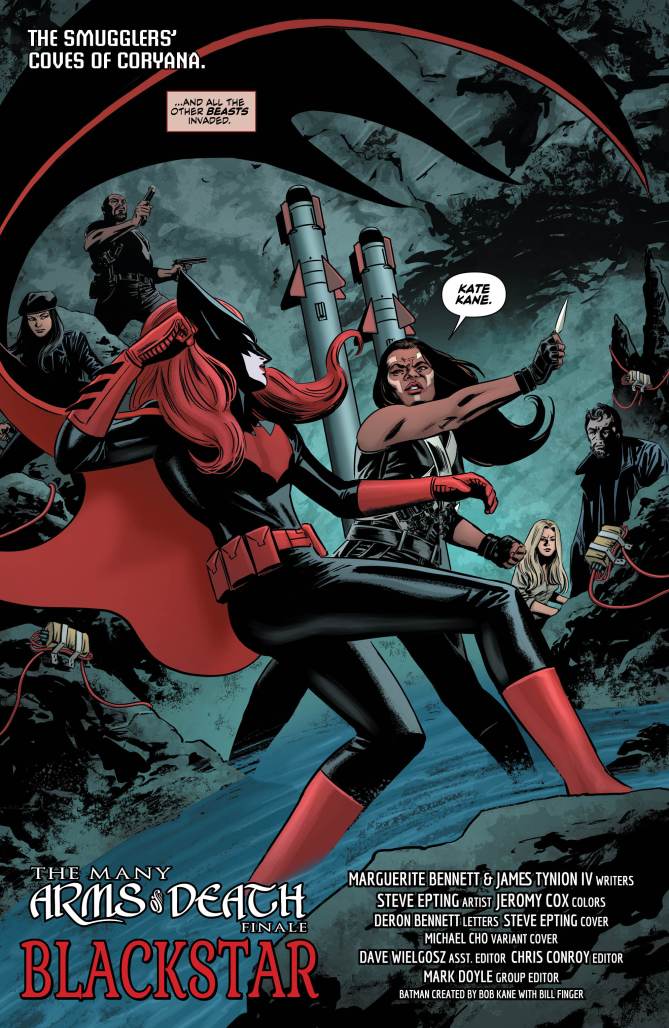 detonators but give her an advantage in the fight. Unfortunately, Tahani is tough and determined to kill her. As the battle rages, Knife takes the advantage and escapes, but not before warning Kate of something bigger that she has yet to discover.

Have you seen this:
Ordinary Gods #1 (REVIEW)

To say this is a conclusion is a bit of a misnomer. It feels more like the end of a chapter. With this chapter closed, it will be interesting to see where the story goes from here. I have been a fan of this series since the first issue and this one did not disappoint. Bennett and Tynion IV have created a rich world of character and conflict for Kate Kane to play in and her personal and interpersonal conflicts make for rich drama that the writers have engaged me with. Epting’s art really compliments the story with the ability to effectively show both daylight and darkness often in the same panel through shadows.

batwoman James Tynion IV Marguerite Bennett
Are you an Insider?News, reviews, & updates are just the beginning.